STARTING LINEUP CHANGE:  Kyrie Irving will sit out with a right hamstring cramp that forced him to leave in the fourth quarter last game; Jordan McRae is projected to start according to Joe Gabriele.

After an intense matchup which saw the Cavaliers hold off a fourth quarter Boston Celtics’ comeback attempt to win 124-118 at home, the Wine-and-Gold take to the road for their final game of 2016 – a meeting with the Charlotte Hornets, who are currently sitting at fourth in the Eastern Conference with a record of 19-14. They have won four of their last five games, and are coming off a win against the Miami Heat on Thursday. This will be the third matchup between the Cavaliers and the Hornets this season, with Cavaliers winning 100-93 on November 13th and 116-105 on December 10th.

On offense, the Hornets create a lot of opportunities through potential assists while also limiting turnovers – they shoot the fifth most shots directly off of a pass and have the least turnovers per game in the league with just 11.8. However, with their low field goal percentage – sixth worst in the NBA at 44.0% – they average the 16th most points per game at 104.8.

The Hornets have found a great deal of success on defense so far this season. They limit opponent second chance opportunities with efficiency and are averaging a league-high 36.5 defensive rebounds per game. While they do have the fourth least steals, they also are commit the least amount of fouls per game. They do a fair job at holding their opponents to low shooting percentages as well. One area of weakness for them has been inside the paint, where they allow the fourth most opponent points per game in the league. In all, they have the fifth best Defensive Rating – a measure of points given up per 100 possessions. 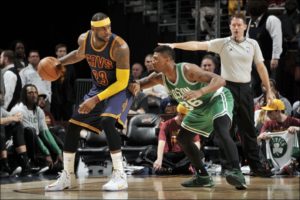