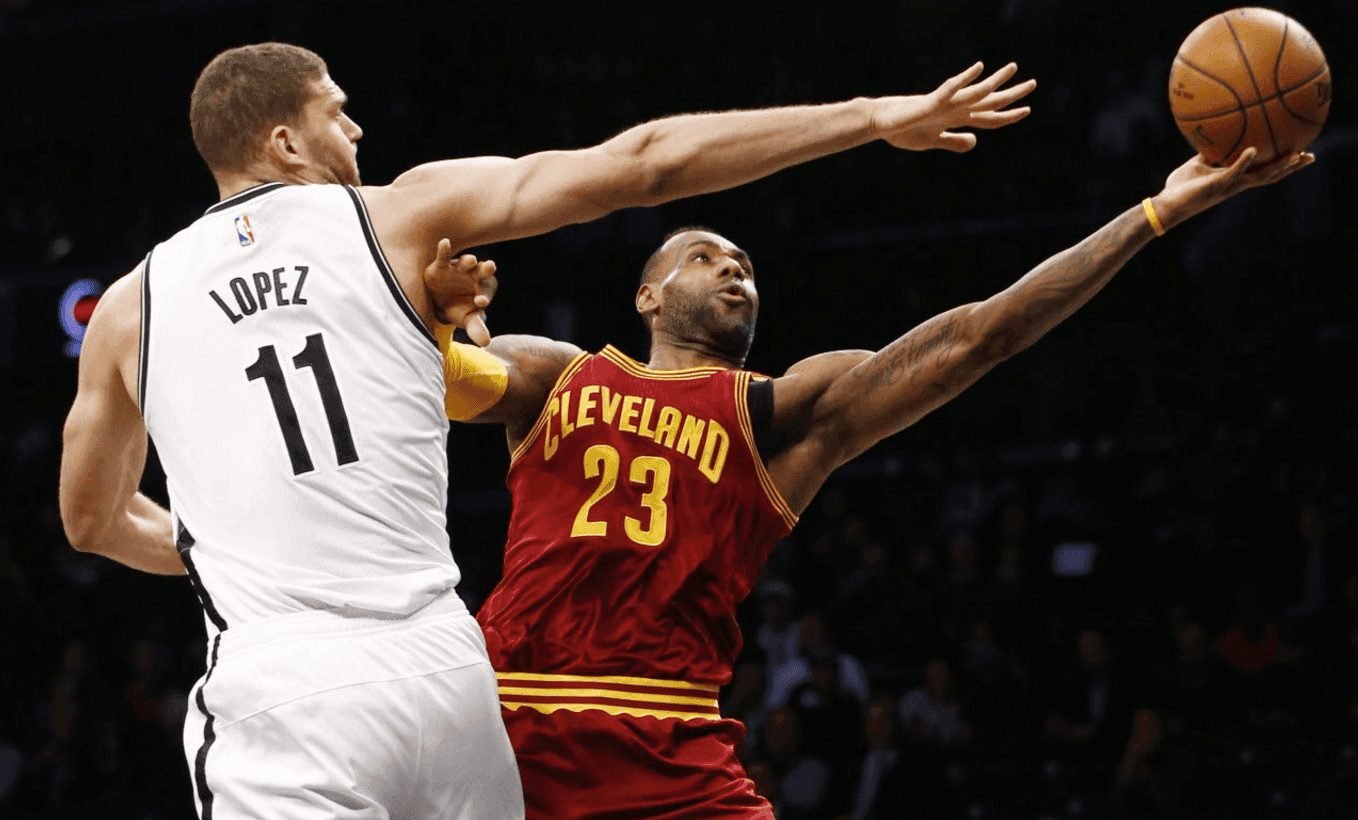 UPCOMING MILESTONES:  With 16 made shots, LeBron James reaches 10,000 and becomes the 14th player in NBA history with that many field goals. Kevin Love needs three more three-pointers to make the eighth most in franchise history – passing J.R. Smith. If Tristan Thompson scores 16 more points, he reaches a career total of 4,000. With 16 points as well, Channing Frye reaches 7,000 in his career.

After falling to the Chicago Bulls for the second time this season, the Cavaliers set out from Cleveland on a six-game road trip that kicks off in Brooklyn against the 8-26 Nets. The Nets are coming off a 121-109 loss in Indiana to the Pacers just last night, where six different players scored in double digits for Brooklyn. These two teams have met once this season already – a commanding 119-99 victory at home for the Cavaliers on December 23rd.

On offense, the Nets have been rather reliant on their bench – they average 41.4 bench points per game, which is the third most in the league. Despite having the seventh least assists per game, they move the ball around enough to average the fourth most passes per game. One of the Nets’ go-to moves has been a simple drive to the basket – they average the most points per game off of drives with 22.8. They will certainly look to push the ball and play with pace, as they average the most possessions per game in the NBA. As a team, they attempt the third most three-pointers per game, but have the third worst percentage on shots beyond the arc. Defending well out on the arc may force the Nets to shoot themselves into a hole with their reliance on inefficient shots – though if they are on, the volume of shots could present a problem for the Cavaliers.

On the other end of the floor, the Nets are allowing the most points per game in the league – due in part to their league-high pace. Adjusting for pace, they give up 108.8 points per 100 possessions, which is good for fourth worst in the league. They are allowing their opponents to score the most points off of turnovers, the most second chance points, and the fourth most fast-break points per game – though most of their inefficiencies in stopping transition baskets stems directly from their league-high 17.2 turnovers per game. They are allowing the second highest opponent shooting percentage on mid-range shots as well.

With Kyrie Irving and Kevin Love both projected to be back in the starting lineup tonight, and Brooklyn playing on short rest, this matchup presents an opportunity for the Cavaliers to get back on track before embarking on their trip out west, which is capped off against the Golden State Warriors on January 15th. 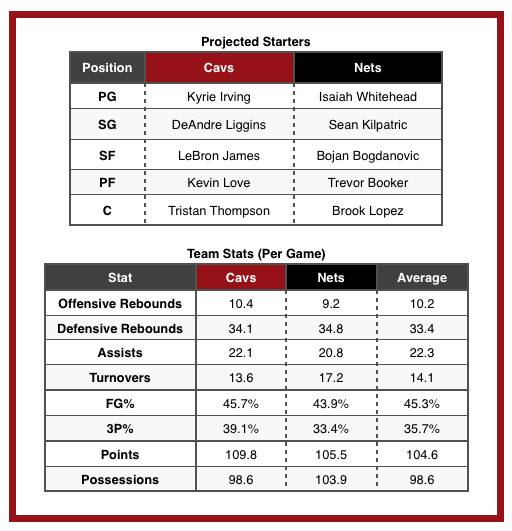