At long last it has arrived. Tonight the Cavaliers (4-1) will host the Chicago Bulls (4-2) in Columbus, Ohio as part of the last stop in the #AllForOhio preseason tour. The key central division matchup will be take place on the grounds of the Ohio State University at the Schottenstein Center where nearly 19,000 fans will witness the contest tonight. The last time these two squads faced off ended in a nail-biter, 98-97 Cavs loss on January 27th, 2014 at Quicken Loans Arena. In that contest Cavs guard Kyrie Irving’s 26 pt, 6 reb, 5 ast-effort was spoiled by Chicago’s superior shooting (better from the field, free-throw line & three-point line) and balanced offense (three players each finished with 20+ points).

The Wine and Gold come into tonight’s game after their first loss this preseason, a 108-102 defeat to the Dallas Mavericks last Friday evening in Cleveland. The Mavericks came out that night and simply outhustling the Cavs while playing very stingy defense for most of the game. This led to the Mavs gaining a 42-26 advantage in points in the paint, 44-37 advantage in rebounds and an 11-22 advantage in turnovers. While the the Mavericks led for most of the game the Cavs were able to shave down the lead to three, but the Mavericks promptly win on a run and put the game out of reach. In their win the Mavs were led by recent-additions Jameer Nelson (19 pts & 4 reb) and Chandler Parsons (19 pts & 5 reb). The Cavs efforts that night were led by Kyrie Irving (23 pts on 13 shots, 5ast, 3reb & 3 blks) and Tristan Thompson (17 pts and 11 reb).

{adinserter 2} The Bulls are coming into tonight’s contest off a 101-96 home win last night against the Charlotte Hornets, the team owned by Michael Jordan, easily the most famous Chicago Bull and one of the most famous to ever play the game. Chicago won due to the play of both Kirk Hinrich (26 pts on an efficient 11-14 shooting performance) and former MVP, Derrick Rose (17 points & 3 ast). Michael Kidd-Gilchrist (14 pts & 6 reb 3) and new off-season addition Lance Stephenson (14 pts & 2 reb) had notable performances to the Hornets.

Tonight’s game will be the first showdown between two teams that are widely believed to be the two best in the Eastern Conference. It will also be the first NBA game that LeBron James, Kyrie Irving and Kevin Love will all play together. The Cavs at full strength will give fans a first look into the chemistry the big three will have, and a game against the Bulls would be one of, if not the best teams to give them their first real test. There are several key matchups in this one: LeBron v. Gibson, Love/Thompson v. Gasol/Noah and Waiters v. Butler, just to name a few. Arguably the most interesting matchup will be that of the two point guards, Irving and Rose. The two both recently led Team USA to victory in the FIFA Basketball World Cup, an immensely experience they will surely try and capitalize on this coming season. Tonight’s game will be treated like a regular season matchup for a sizeable portion of the game by both teams according to recent statements made by Head Coaches David Blatt and Tim Thibodeau. This will allow them ample time to explore different rotations and an opportunity to see how the two franchises’ offseason acquisitions (Pau Gasol, Kevin Love, and LeBron James, just to name a few) have to offer in the first matchup of these Eastern Conference superpowers.

LeBron James recently talked to the Media about the Bulls roster and compared them to his own team. James recently said, , “[The Bulls] are a team that’s much better than us right now just off chemistry”, no doubt referring to the years of continuity and experience the Bulls roster had together. James later added, “They’ve been together for a while, we’ve got a long way to go”. This statement speaks to LeBron’s frankness in admitting that the Cavaliers definitely have more gelling and learning to do before they can win it all, something that the Bulls have had ample time to do in recent years.
The Cavaliers first play the Bulls during the regular season in a Halloween matchup on Friday, October 31st on the road at the United Center.

3 Keys to the Game:
Clash of the Points: This will be the first preseason matchup between Cavs PG Kyrie Irving and Bulls PG Derrick Rose. Both all-stars are coming off a gold medal-winning performance in the Basketball World Cup following seasons marred by injury. It will be interesting to see who gets the upper hand in this initial matchup.

Battle of Boards & Buckets: The Cavaliers enter the matchup ranked 3rd in preseason rebounding (47 per game) and 4th in points per game (107 per game). A big part of the Bulls DNA in recent years is consistent rebounding and stingy defense, so one of the teams will have to give.

Matchups and rotations: With both coaches likely treating the game like a regular season matchup it will be interesting to see the different lineups that will be used to exploit diverse matchups. The successful matchups for each team will undoubtedly be used again during the regular season.

The 7pm tipoff at the “Schott” Center will be televised live nationally on NBATV and locally on SportsTime Ohio. 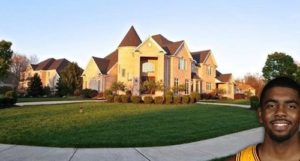