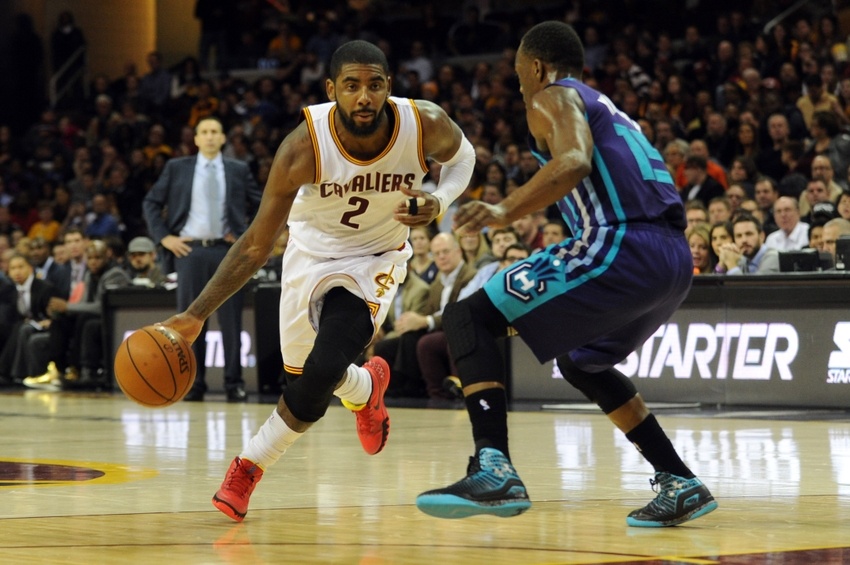 UPCOMING MILESTONES:  With one triple, Kyrie Irving accumulates 600 for his career. With a single triple as well, Kevin Love gets his 800th and becomes the first player to ever have 800 career threes while having a career average of at least 10 rebounds. If J.R. Smith hits five three-pointers, he moves into 14th on the all-time NBA career list, passing Dale Ellis.

After their second straight win of at least 30 points, the Cavaliers seek to take on the Charlotte Hornets to complete the final half of a back-to-back at home. Charlotte is currently third place in the Eastern Conference with a record of 14-9, and is coming off of a 21 win against the Orlando Magic yesterday. This will be the second meeting between the two teams this season – on November 13th the Cavaliers won 100 to 93 at home. Tonight will also mark the return of J.R. Smith from the hyperextended knee he suffered against the Toronto Raptors.

While attacking, the Hornets are a fairly balanced team, and have a tendency to look to pass inside the arc – averaging the second highest percentage of two-point shots coming off of assists while also having the second highest assist to turnover ratio. In contrast, though, they have the fourth highest percent of their three-pointers that come unassisted. They are fifth in the league for bench points per game, averaging 39.3 per game, which may play a large factor with both teams on short rest. 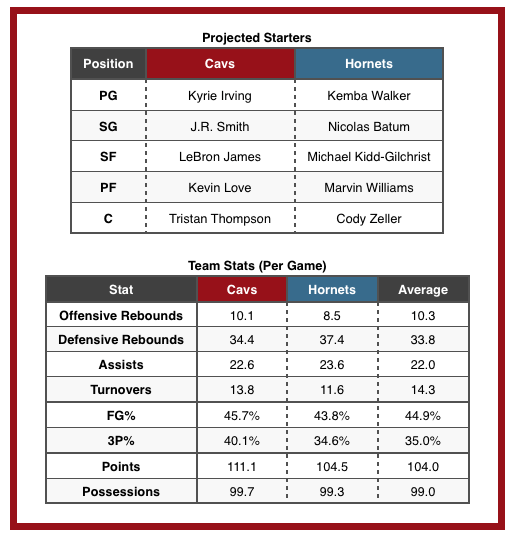