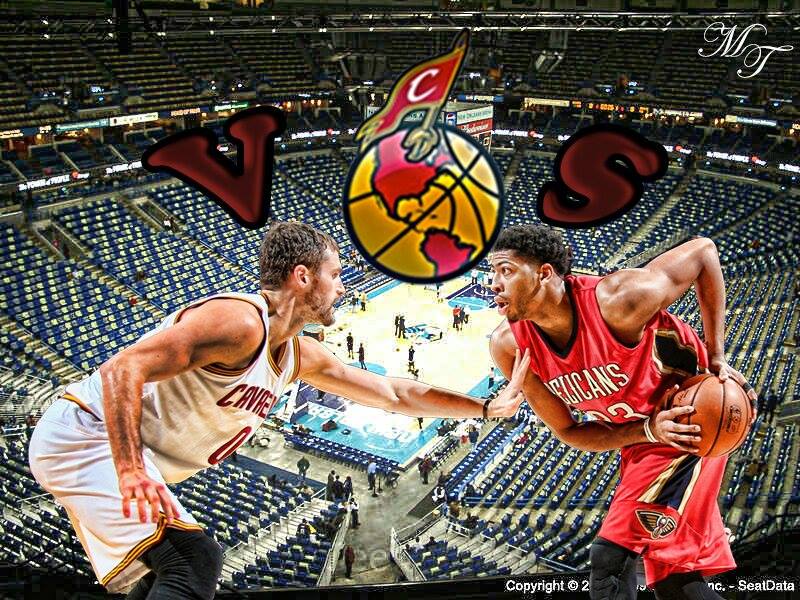 Well the Cavs’ win streak has finally come to an end, but hopes are still high in Cleveland as we witnessed how much the Cavs can accomplish in the span of 8 games. In the brutal 94-103 loss against the Oklahoma City Thunder, LeBron James was sidelined because of his knee, and the Cavs had one of their worst shooting nights of the season. This wasn’t the only worry that Cavs’ fans had last night, at one point in the 2nd quarter, Kyrie Irving was take off the court after falling to the floor while contesting Westbrook’s shit. Luckily he stretched during halftime, and was able to play for the rest of the game. Tonight, we will be facing a big problem on whether LeBron James will be able to play tonight. Even though we have learnt how to play without team leader Lebron, will it be enough for the New Orleans Pelicans?

{adinserter 2}In this game, two elite point guards will go head-to-head to redeem their previous loss. The talented Kyrie Irving, known for his handles and ability to drive at the rim, will be facing Jrue Holiday, a skilled passer and shooter. The last time these two met about a month ago, the Pelicans fell short against the Cavs in a 111-118 win, mainly because of star Kyrie Irving. Even though this should be reassuring, in last night’s game, Irving didn’t display the best performance. He scored a decent 20 points off of a disappointing 7-21 shooting; he was also 1-5 from the 3 point line. Even though these stats seem a little worrisome, Kyrie Irving will have to play the way he has during their 8 game win streak in order to clinch the win.

The return of Matthew Dellavedova has been reassuring to many true Cavs fans. With a whole new roster, seeing familiar faces from the struggling Cavs team is heartwarming to see. Not only has Dellavedova given us a reminiscent phase back to the 2013-14 Cavs, but he has also been putting energy on and off the court. In this game, underdog Matthew will be facing the skilled Tyreke Evans. Evans has been 15.4 point a game, along with 5.6 assists and 5.4 rebounds. These stats focalize on Evans’ ability to be an all around player. Looking at Dellavedova, he has been averaging 5 points a game, with 3.2 assists and 2.3 rebounds. Comparing these two players might seem to be a bit unfair, considering their roles on their teams, but looking at Dellavedova’s 9.86 PER in retrospect with Evans’ 14.55, shows that despite his low stats, he can be a contributing player.

The King is likely to return tonight, so expect his typical near-triple-double performance to carry the Cavs past New Orleans’ versatility. If we’re lucky, we’ll witness another one of these:

In case James can’t play tonight, seeing Shawn Marion move to the small forward position doesn’t seem too bad. Looking at his strength and height, one could even think he plays as a power forward. Having a skilled veteran replace team leader LeBron James would be the most ideal move to commit to. The Cavaliers had one of the worst shooting nights this season, meaning that each individual player didn’t have the best performance. This is completely valid when looking at Marion’s 2 point performance off of 1-6 shooting. In whole, Shawn Marion does have a huge positive impact on the team; he has a 20.13 PER, even though he only scores 5.4 points a game with 3.6 rebounds. In this game, Marion will be facing Luke Babbitt, who has a decent 7.57 PER. He has been averaging 3.8 points a game, along with 1.9 rebounds. It will be interesting to see both of these shadowed players contribute in their team’s success.

The matchup between stars Anthony Davis and Kevin Love will be very interesting to witness. Last game, Davis jammed his toe and was forced to sit out, but was doing well after the game. It is very likely that he will be playing tonight against the Cavs, as he did last month in the Pelican’s loss, despite his 27 point contribution. Even though Davis is more athletic than Love, seeing these two players battle in the post will be fun to watch. It will also be interesting to watch how Kevin Love will utilize his 3 point shot in order to avoid too much conflict in the paint. This season, Davis has been averaging a double-double with 25.1 point and 10.6 rebounds, giving him a 32.97 PER. Looking at Kevin Love, who is also averaging a double-double has less impressive stats, 17.4 points, 10.3 rebounds, and a 18.08 PER. Even though Davis seems to be the more dominant player, Love can step up as he did before in order to give the Cavs a win.

Even though these two talented centers don’t put up the most impressive stats, they successfully manage to make large contributions for their team. Anderson Varejao, a loyal Cavalier, has always been an efficient player on and off the court. His PER is 17.72, which is basically the same as Luke Babbitt’s 17.54 PER. Varejao has averages 10.1 points and 6.9 rebounds, while Babbitt averages 8.2 points and an impressive 10.9 rebounds. Seeing these two centers battle in the paint for boards will be very fun to watch in tonight’s game. 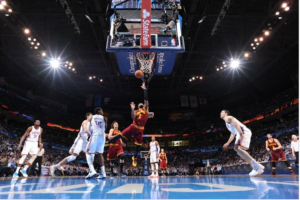