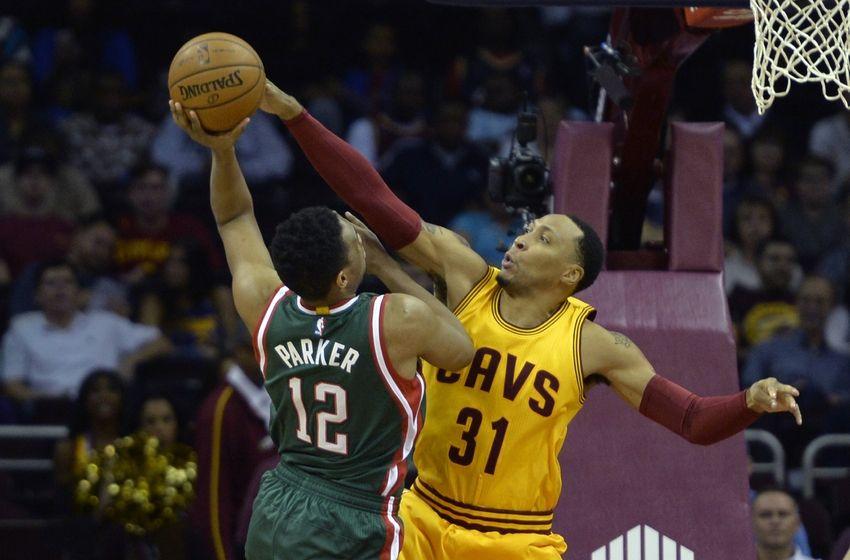 The Cavs are back on the floor tonight as they take on the Milwaukee Bucks at the Quicken Loans arena. This is the first of four matchups against the division rivals. Cleveland last played on Saturday night, beating the Indiana Pacers, and looking good doing so. The Cavs seem to look like they’re finding more a rhythm, team chemistry is building more and more each day. Now with an 8-7 record, Cleveland will look to extend its win streak to four games.

These aren’t the same Bucks we’ll see come into town, this is a much improved Milwaukee ball club. The Bucks come into tonight’s game with a 10-8 record, leading the Cavs in the Central Division standings. Led by Brandon Knight, the Bucks wont roll over, this has the potential to be a tough and exciting contest. Here are highlights from the Buck’s recent win over the Miami Heat to get a glimpse of what the Cavs should expect tonight:

On Saturday nights win, the Cavaliers started the game off getting the ball to Kevin Love at every possible opportunity, and it worked a treat. The Cavs raced out to a 19 point lead with Love’s excellent play, so look for Cleveland to adopt the same strategy.

{adinserter 2}I believe the biggest reason for the Cavs recent positive results is their outstanding defense. Kyrie Irving has told the coaching staff he’s ready to take the challenge and be a defensive threat, rather than liability on the floor, and David Blat believes Love is playing the best defense of his career. Throw that is with the defensive prowess of LeBron James and Shawn Marion, Wild Thing being the most active tall in the NBA, the Cavs are starting to look a lot better on the defensive end.

In fact, the Cavs allowed only 2 fast break points against Indiana on Saturday, and Washington last Wednesday. To sweeten that stat even more, the Cavaliers have outscored their last three opponents 50-10 on the fast break. Offense may win games, but defense wins championships.

This may just be Kyrie’s favorite match-up in the entire NBA. This is always a fun battle to watch as the guards like to go right at each other. With Irving having more weapons at his disposal now, it may not be the same isolation basketball we’re used to seeing.

Knight is leading his team with a very respectable 17 ppg and 6 apg, Knight also having more weapons to swing the ball too.

Shawn Marion is in Cleveland’s starting five purely for his defensive skills, and that is exactly what will be needed against the crafty and trigger happy OJ Mayo. Mayo is only averaging 10.8 ppg so far this season, but if left alone, Mayo has the shooting ability to put up big numbers.

The Greek Alphabet, the ‘Greek Freak’, what an incredible athletic talent. At 19 years of age, Antetokounmpo stands at 6’11, and has the ability to handle the ball as well as point guard. He’s the teams second leading scorer, averaging 11.9 points a night and 5.9 rebounds a contest. The area Antetokounmpo will struggle in tonight is strength and physicality.

LeBron James may only be 33 pounds heavier, but strength will play a huge factor in this matchup. James is coming off a Eastern Conference Player of the Week performance. Over the last three games James has averaged 25.7 ppg, 5.3 rpg, 8.7 apg, while shooting .510% from the field. LeBron’s stats will always be there, its whether the offense is moving and helping in the right areas that will determine the offenses productivity.

The second overall pick in the 2014 draft has been good so far in his career. Averaging 11.9 points a game, Parker has the ability to drain outside jump shots, as well as being an effective low post scorer.

Love was a huge reason that Cavs jumped out to such a huge lead early on in the Pacers game Saturday night. Love scored 22 of his total 28 points in the first quarter, shooting 9/13 and added a couple assists and steals to his stat sheet on the way. Look for the Cavs to go inside to Love early in the game, to really set the tone.

This is definitely not the hugest offensive match-up of the night, but will certainly be a physical one. Both players lead their their teams in rebounding, both excelling in cleaning up the boards.

Andy has been very effective recently with elbow jump shots. Teams continue to leave him open, Varejao continues to knock them down. Wild Thing has done exactly what is expected of him this season, and then a little extra. This will be a physical rebound heavy match-up to watch.