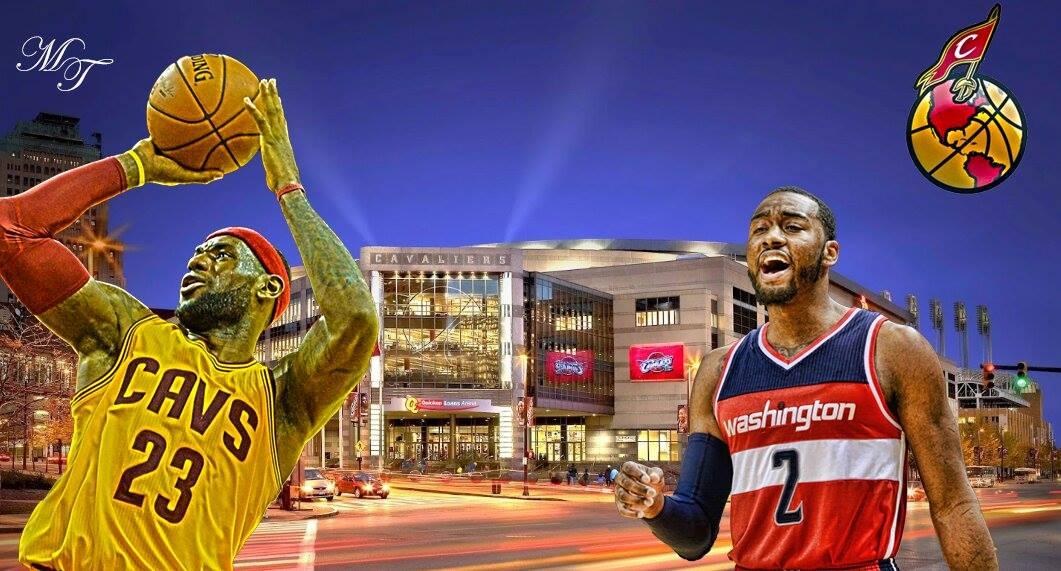 The Cleveland Cavaliers face off against John Wall and the Washington Wizards tonight at the Q in what should be a heated battle considering the Cavaliers were decimated the last time these two teams faced off. The Wizards (9-4), are coming off of a 106-102 defeat last night at home to the Atlanta Hawks, so it will be interested to see if the Wizards still have the same intensity and energy they are used to having. The Cavaliers (6-7), played their last game on Monday night vs the Orlando Magic and asserted their dominance winning the game by 32 points in a 106-74 blowout. The Cleveland Cavaliers have gotten a full day to rest, so it will be interesting to see if the Cavaliers come out ready to play and if they can take advantage of the fact that this is Washington’s second game in two days.

Highlights from the teams’ recent contest:

John Wall went off vs the Cavaliers the last time these two teams played, scoring 28 points on 12-20 shooting, while also recording 6 rebounds, 7 assists, and 4 steals. Kyrie Irving was able to put up 22 points that game while shooting 7-16, but he also turned the ball over 3 times and at times, looked clueless when guarding Wall. The biggest key here is that David Blatt cannot put rookie guard Joe Harris to defend John Wall. We all saw the last time it happened, and to simply put it, Joe Harris is not good enough to play defense on John Wall or frankly even be on the court when John Wall and Bradley Beal are both on it. Do us all a favor David Blatt, don’t put the rookie guard on the floor when Wall and Beal are out there, or things could get ugly very fast.

Bradley Beal was pretty quiet the last game, only scoring 12 points on 5-10 shooting. Mike Miller should get the start for the Cavaliers and it should be interesting to see how the journeyman matches up against the young guard. David Blatt doesn’t want Mike Miller to do more than he has too, he is in the starting lineup to move the ball and take shots when he is wide open. Look for Mike Miller to heavily focus on defending Bradley Beal tonight and to make some key shots when he needs to. As long as Miller can stay in front of Beal and limit his movement with aggressive defense and help defense, Beal shouldn’t be a problem.

Arguably the most important and most interesting matchup of the game. It is yet another Paul Pierce vs LeBron James showdown, and I would put my chips all-in on LeBron tonight. LeBron looked rejuvenated vs the Magic, zipping passes to his teammates for 11 assists while also fighting to get to the rim for layups and making some extremely tough jump shots for a total of 29 points. Paul Pierce only took 7 shots for 9 points the last time these two faced off, so don’t expect Paul Pierce to make a significant contribution tonight as he was virtually nonexistent the last game. However, Pierce was able to make plays defensively, holding LeBron to a very poor 8-21 from the floor. Look for Pierce to make a bigger defensive contribution this game, as Washington does not need Pierce to be taking the shots. For LeBron, look for him to continue to dominate the ball and run the offense, when he has the ball in his hands is when the Cavaliers look most threatening.

Both Kevin Love and Nene didn’t make a huge contribution the last time these two teams played, only combining for a total of 18 points. Kevin Love has said it before that he needs to make a bigger contribution. What better way to back up his statement by having a big game at the Q tonight vs a premier Eastern Conference opponent. Nene is simply an average starting power forward, there is no reason that Kevin Love shouldn’t be able to use his regular post moves and outside shooting to score at least 15-20 points and dominate the boards to get at least 10 rebounds. Look for a bounce back game from Kevin Love, because he was just not good enough the last time these two teams played.

The most physical matchup of the game by far. Anderson Varejao and Marcin Gortat are both very physical centers that throw their bodies around in the paint to get inside shots and rebounds. Gortat is regarded as a better defender, and he is one of the biggest reasons that Washington is 9-4 right now because he has been excellent on both ends of the floor this season (12.5 PPG, 9 REB, 1.2 BLK). Anderson Varejao is going to have his hands full tonight, but I wouldn’t be too worried Cavalier fans. The last time Varejao was up against a premier big man it was Tim Duncan, and he led the team with 23 points and 11 rebounds. This should be a great matchup tonight, look for both centers to be physical and to play great defense in their own ends.
It should be a great game for the Cleveland Cavaliers who have had a day to rest up before hosting a team that just played last night. Let’s hope the Cavaliers can take advantage of that and get a much needed W.