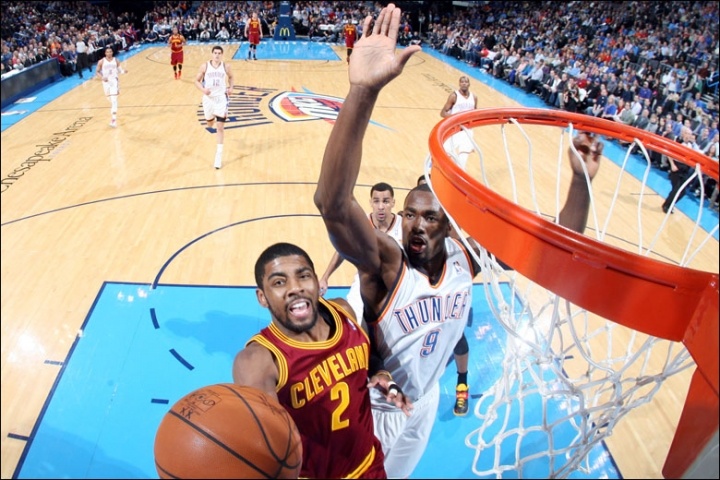 The Cleveland Cavaliers are absolutely rolling right now and will take their 8-game winning streak south to Oklahoma City for a nationally televised matchup with the up-and-coming Thunder. Cleveland has been nearly unstoppable during their streak with only 3 games coming down to the final minutes. They’ve been winning by an average of 14.5 points per game throughout these 8 games and will look to continue their hot shooting as well as their superior defense tonight on TNT.

In their last game on Tuesday night against the Toronto Raptors, the Cavaliers found themselves trailing by double digits for most of the 3rd and beginning of the 4th, with the biggest deficit being 14 points. After allowing Toronto to score 88 points through the first 3 quarters, the Cavs held them to just 13 4th quarter points and outscored the Raptors 24-13 to come back in miraculous fashion. They ended the game on a 20-6 run to take their first lead of the second half on LeBron James’ clutch 3-pointer from the top of the key with just 48 seconds remaining. The 105-101 Cavalier victory gave the Raptors their first loss when leading to start the fourth and improved the Cavs record to 13-7, effectively putting in the 4th seed in the East. Cleveland has missed shooter Mike Miller’s presence, but James Jones and the return Matthew Dellavedova have helped the Cavs.

Mike Miller has been "progressing with no setbacks" according to the Cavs, but hasn't been cleared for game action thru concussion protocol

{adinserter 2}The Oklahoma City Thunder currently hold an 8-13 record and are the 12th seed in the Western Conference. The Thunder are trying to come back in the standings from their horrid 3-12 start to the season largely due to the absence of last year’s MVP Kevin Durant and superstar point guard Russell Westbrook. Kevin Durant was out with a fracture at the base of his fifth metatarsal (little toe) known as a Jones fracture. He missed the first 17 games of the season.

Russell Westbrook started the season, played only 2 games before fracturing his hand in a road loss to the Los Angeles Clippers on October 30th. Along with Durant and Westbrook, the Thunder have had a slew of injuries to key role players, as Reggie Jackson, Andre Roberson, Jeremy Lamb, Anthony Morrow, Perry Jones, and rookie Mitch McGary missing a total of 68 games altogether. OKC is coming off of a 114-101 home victory over the Milwaukee Bucks, giving their longest win streak of the season at 3 games. Durant is still said to be a minutes restriction, but that shouldn’t be for much longer.

Scott Brooks says Kevin Durant will still be on a 30-minute restriction tomorrow against the Cavs.

Tonight is a matchup of Big 3s with James, Irving, and Love facing off against Durant, Westbrook, and Ibaka. It is also a matchup of the latest Most Valuable Players. Here are the matchups to look for in tonight’s game.

In a matchup of scoring point guards, this is likely to be one of the best of the season. Irving is averaging 20.8 points, 5.1 assists, and 1.6 steals per game on 47.7% shooting this season while Westbrook is putting up similar numbers at 24.3 points, 6.6 assists, and 1.7 steals per game on 47.8% shooting. Both point guards like to score the ball from the all over the floor and especially on the fast break. Irving will continue being a finesse finisher while Westbrook will go full-speed ahead on every possession. Because Irving’s defense is still a work in progress, we might not see him defending Westbrook too much, but it will still be intriguing to see which guard will outplay the other. Keeping Westbrook out of the paint and forcing jumpshots is the key to making him less effective on the offensive end.

LeBron James against Kevin Durant is a basketball lover’s greatest treat. The past 2 MVPs will face off tonight in what should be end with an unpredictable result. Both players have the ability to light it up when their respective teams need them to, and although they’ve both had some struggles to start the season, Durant and James look in mid-season form for this first of two matchups of the season. In a regular season head-to-head matchup, James has won 10 out of 13 games (14 out of 18 overall). Here are the stat comparisons between both players (regular season only):

Durant is the most dangerous offensive player in the NBA, so James and the Cavs will have to crowd him and get the ball out of his hands, forcing other Thunder players to create plays. That’s way easier said than done of course, as Durant is right behind James for the title of best current player in the NBA.

Kevin Love will have his work cut out for him offensively if he tries to play Ibaka one-on-one offensively. Ibaka is averaging 2.2 blocks per game and does a good job locking up the paint defensively. His offensive game is still a work in progress, as he still cannot make a play for himself on offense, instead relying on the attention Durant and Westbrook command to get him open looks. If James, Irving, and Waiters dribble penetrate often to draw Ibaka into the paint, it’ll leave Love open on the perimeter and the corners to knock down jumpers. Ibaka’s inside activity and mid-range game are on the only things Love needs to worry about when defending Ibaka. Forcing him to dribble would render him ineffective offensively.

Both teams have a potential sixth man who can come in and provide instant offense off the bench. Although mildly inconsistent, Waiters is currently on a hot streak, averaging 22 points on 58% shooting in 27 minutes over the last 2 games. Waiters has an incredible scoring and playmaking ability that’s improving every day. Jackson has been solid trying to keep the Thunder afloat in the Western Conference, averaging 18 points, 5 rebounds, and almost 7 assists this season. Both teams will rely on offensive production from their respective sixth men tonight.

This matchup will mainly be for the hustle that both players bring off the bench. Thompson brings an interior rebounding spark off the bench, something that will be needed against the Thunder big men. He’s averaging 14.3 points and 11.3 points in the past 3 games while playing 32 minutes a game. Collison is more of a defensive spark off the bench. He’s a player who can guard any forward and center as well as defend off the ball. He has always been among the leaders in charges taken per season and his affect on the game usually doesn’t show up in the box score. 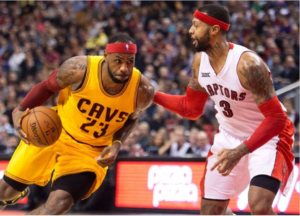