Game Preview: Cavs Face the Orlando Magic in a Must Win Game 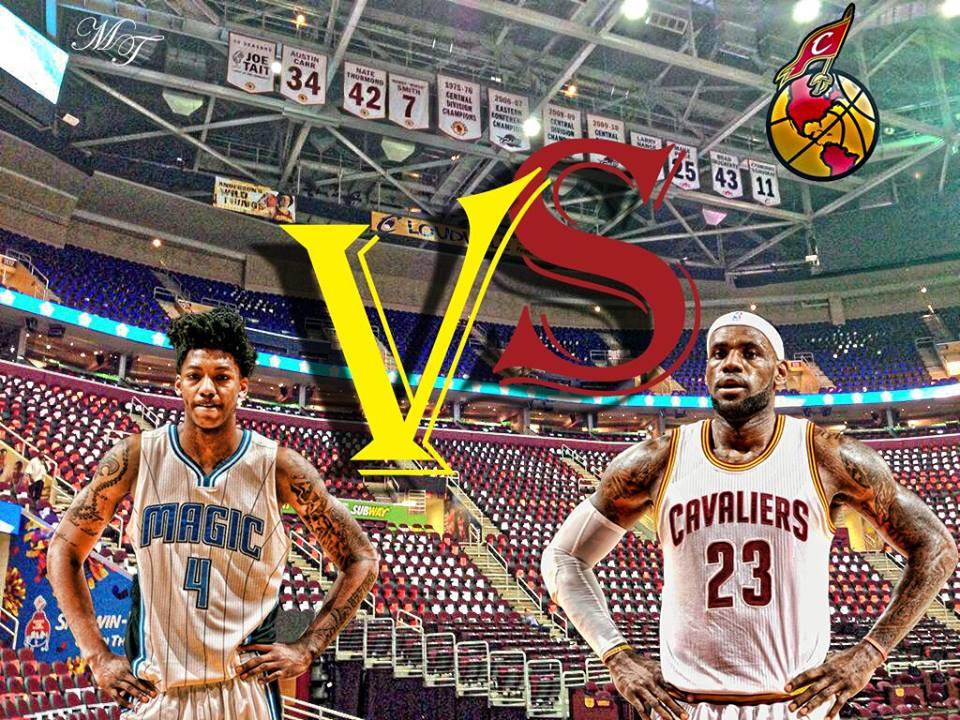 It’s amazing what one week can do to a team in the NBA. Two weeks ago, the Cavs were soaring, averaging over 120 ppg and outlasting very challenging teams. A week later, even with an easier schedule oriented closer to home, the Cavs went cold, and the slump only led to losses and bad body language from players. In the midst of the Cavaliers’ 4-game losing streak, Cleveland’s King James has taken the most criticism after disappointing and heart-breaking performances against each team. However you interpret the situation – apathy, bad luck, a sign that this was all a mistake – fans should only be positive. In a week where your superstars struggle and your hometown sees constant failure, the Cavs can only look up.

Tonight, that redemption starts as the Cleveland Cavaliers (5-7) host the Orlando Magic (6-9) at 7 pm ET. Here are the starting lineups for tonights matchup:

While the team has heard it up to its ears about the poor defensive effort, the Cavs understand how the Magic can give them the chance to bounce back on that end of the floor. Orlando might be without their second best scorer, Tobias Harris, whose strained calf will prevent him from contributing his usual solid 18 points and 8 rebounds a game. In addition, the Magic are in the bottom 10 teams for points and assists per game. This gives the Cavs a chance to slowly pick up the defensive intensity so that they can build and prepare for more challenging offenses down the road.

One important thing to watch for if the Cavs can keep the Magic off the board. Led by a monster in Nikola Vucevic, Orlando is a top 10 rebounding team this season, thus securing boards and preventing 2nd chance opportunities will be priority number two for the Cavs’ frontcourt. Priority number one is taming Vucevic who’s having a career year thus far. While Orlando’s frontcourt injuries (Specifially, two of their PFs) have forced the Magic to play a smaller lineup with an extra guard in the Small Forward spot, Vucevic compensates with interest, leading the team with points and rebounds. Head Coach Blatt agreed with LeBron when he said his Cavaliers are “fragile” after the first 12 games of the season; what better way to become durable then wrestling with the a beast like Vucevic? While Varejao matches up well with size and Thompson with athleticism, both Cleveland big men will need to give much more effort than what they put forth last week.

While the Magic lost its last game against the Miami Heat, Vucevic was remarkable with 33 points:

What might be even more interesting is the backcourts in this game. With Kyrie Irving versus Victor Oladipo and Dion Waiters facing off against Ben Gordon in a sixth man showdown, the wings will be lit up as both teams will look to push the ball and use their rebounding talent to fuel transition possessions. Both Irving and Oladipo have increased their assist totals this season, but the two young guards will look to shoot more tonight given both teams’ defensive holes on the wings. Waiters must do a better job leading the second unit. Last week, the Cavs’ lack of bench support was exposed when their big three and starters started to miss shots. The magic have a similar issue, but more so due to a lack of depth and injuries. Tonight, while the Cavs will likely struggle to defend Orlando’s backcourt, expect Cleveland’s bench to step up in the offense. Perhaps Coach Blatt, who has struggled to find lucrative lineups, will find a rotation or talent that can win us the game tonight and point out necessary adjustments tomorrow.

However, the most important thing to look out for tonight is LeBron James’ leadership. With questions about his durability, attitude and performance this year, James understands the concerns of Cleveland. During the Cavaliers’ 4-game losing streak, LeBron has averaged season lows of 18 ppg and nearly 5 turnovers each contest, including errors that have cost the Cavs multiple games in the past week. The King knows his body language and in-game attitude will trickle down to his teammates, so inspiring the Cavs to bounce back and start fresh this week is his mission:

“It’s still too early for me. … I can’t be negative at all. Once I crack, it trickles down to everybody else, I would never do that to these guys.”