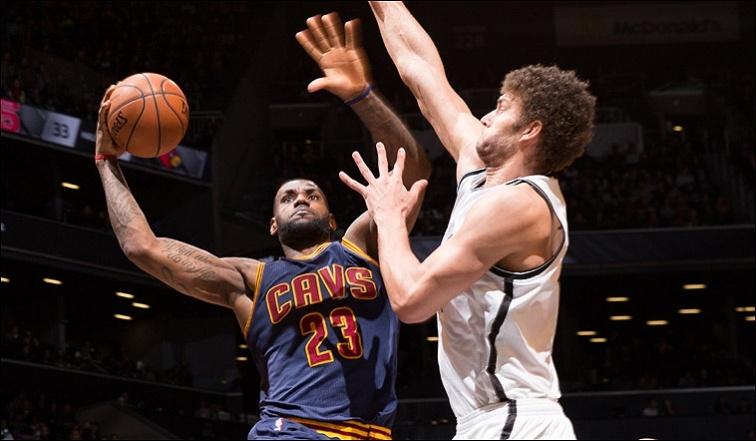 UPCOMING MILESTONES:  With one three-pointer, Richard Jefferson accumulates 1,000 in his career. If he scores 15 points, Kevin Loves reaches 10,000 career points.

After beating the Milwaukee Bucks twice in two days, the Cavaliers now welcome the visiting Brooklyn Nets, who are currently at the bottom of the Eastern Conference with a 7-21 record. The Nets are coming off of a 117-101 to the Golden State Warriors just last night where they lost a 16 point lead at the half. While the Cavs look to extend their three game winning streak, the Nets are looking to snap their current losing streak at four. As J.R. Smith’s timetable for returning from his thumb fracture was set at 12-14 weeks today, the Cavaliers’ will be glad to have Kevin Love back tonight from the knee contusion that has held him out of the last few games.

As a team, the Nets thrive by pushing the ball inside – they average the most points off of drives per game in the league with 22.7. In addition, they net 46.2 points in the paint per game, fifth most in the league. Currently, the Nets are playing with the fastest pace in the league and averaging the most possessions per game. Their bench also produces a lot, giving them a league third most 41.3 points per game. Despite taking the third largest percentage of their shots from three in the NBA, they have the third worst shooting percentage from beyond the arc.

On defense, they have the second worst opponent mid-range FG% in the league. The Nets are also giving up the most points off of turnovers, partially due their league high 16.9 turnovers per game. Per 100 possessions, they are giving up 109.1 points – third worst in the league.