UPCOMING MILESTONES:  With one three-pointer, Richard Jefferson accumulates 1,000 in his career. With five steals, LeBron James will have 1,700 in his career. By just playing, LeBron will step on the court for the 720th time as a Cavalier – passing Bingo Smith for the third most games played in franchise history. Kevin Love needs nine more three-pointers to make the ninth most in franchise history, pulling ahead of Craig Ehlo.

After falling to the Detroit Pistons while LeBron James rested, the Cavaliers look to possibly start off a new winning streak with a win over the visiting Boston Celtics, who are currently 19-13 and sitting in the third seed of the Eastern Conference. The Celtics are coming off of a 113-103 win against the Memphis Grizzlies.

On offense, the Celtics have found success through utilizing ball movement. They average the second most passes per game – 334.9 – and the third most assists per game – 24.8. Furthermore, they average the fifth least turnovers per game with just 12.4. These stats have allowed them to score the fifth most catch-and-shoot points per game as well. Despite only having the 16th best three-point percentage, they are shooting 31.4 three pointers per game – fourth most in the league.

Tipoff is set for 8:00 EST and will be broadcast on Fox Sports Ohio and NBA on TNT. 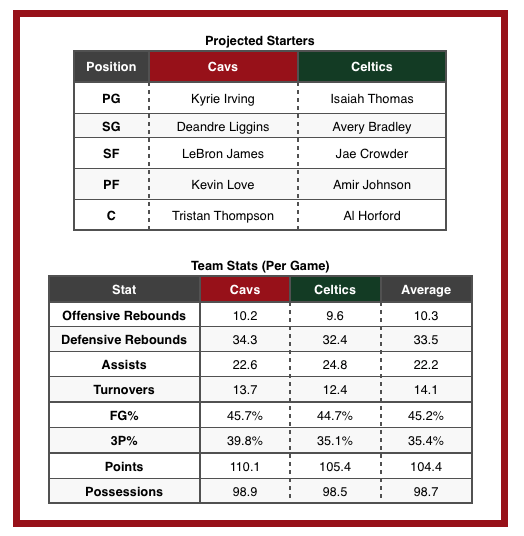 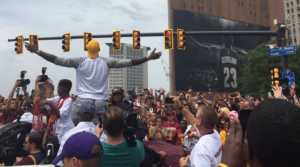