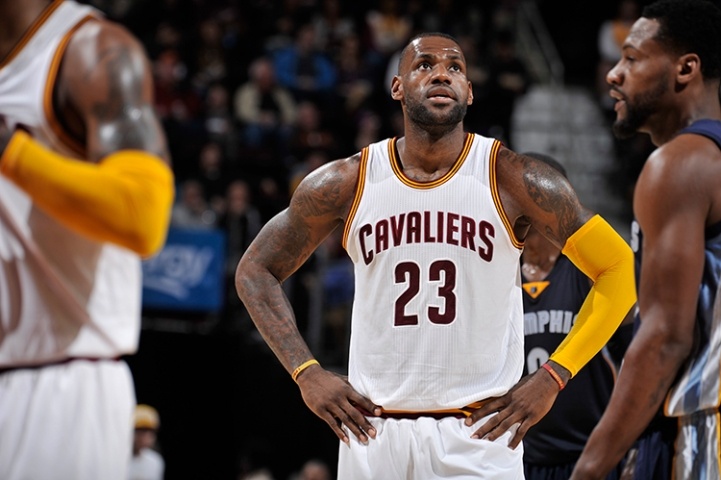 In the first game of the year for the Cavaliers, a completely healthy Memphis Grizzlies team was no match and the Cavs went on to win by 30 points. Tonight in Cleveland, the Grizzlies, playing without any of their starters from that opening night blowout, and only dressing nine players, gave the Cavs all that they could handle in perhaps their most embarrassing loss of the season. The Grizzlies, or the version of them that suited up today, out-hustled and out-played a Cavs team that looked as though they had the game won during warm-ups by the score of 106-103.

The Grizzlies came out of the locker room with nothing to lose with their dramatically depleted lineup, and it showed as they ran out to a 33-25 first quarter lead. Memphis capitalized on Cavs turnovers and were generally more aggressive to start the game. They shot better than 60% from the field in the first quarter to take command of the game early. All eight Grizzlies to enter the game scored points, led by Tony Allen with eight in the opening period. The Cavs were led by LeBron’s nine first quarter points.

The Cavaliers second unit picked up the energy in the second quarter, especially on the defensive end of the court. The Cavs cut into the lead early in the quarter thanks to a defensive effort that forced the Grizzlies into 3-13 shooting and just 7 points in the first seven minutes of the period. That was about the end of the good news for the Cavs in the second quarter. The Grizzlies made nine of their next 10 shots and the Cavs played loose with the ball on offense, committing 9 turnovers in the second quarter alone. For the half, the Cavs had 13 turnovers, which was two higher than their assist total. Those turnovers led to 17 Memphis points. The Grizzlies took a 58-49 lead into the half. LeBron led the Cavs with 15 points, and Kevin Love followed with 12 points and eight rebounds in the first half.

Head Coach Tyronn Lue decided to make a personnel change at halftime, coming out small with Matthew Dellavedova and Kyrie Irving playing together in the backcourt, and a frontcourt lineup of JR Smith, LeBron at the four and Love at the center position. Not much changed, however, as the Cavs continued their sloppy play, allowing the Grizzlies to be the aggressor on both ends. The Cavs continued to turn the ball over, and ultimately went into the fourth quarter with an 8-point deficit.

The Cavs finally showed some heart in the fourth quarter, with Kyrie Irving sparking an 11-2 run to take the lead at 98-97. The Grizzlies made more plays down the stretch, however, and Kyrie missed a three-point attempt at the top of the key that would have tied the game. For the game, the Cavs had 25 turnovers and shot 24% from behind the arc, and quite frankly deserved to lose.

LeBron led the way for Cleveland with 28 points and nine rebounds, Kyrie finished with 27 points and five assists, and Love had another double-double with 14 points and 11 rebounds. The Cavs allowed Memphis defensive specialist Tony Allen to shoot 11-17 from the field, to lead the Grizzlies with 26 points. Second year forward JaMychal Green had 16 points and 10 rebounds.

The Cavs start a four-game west coast road trip in Sacramento on Wednesday, and will hopefully give their fans more answers than questions. 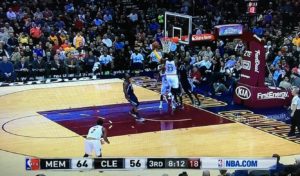