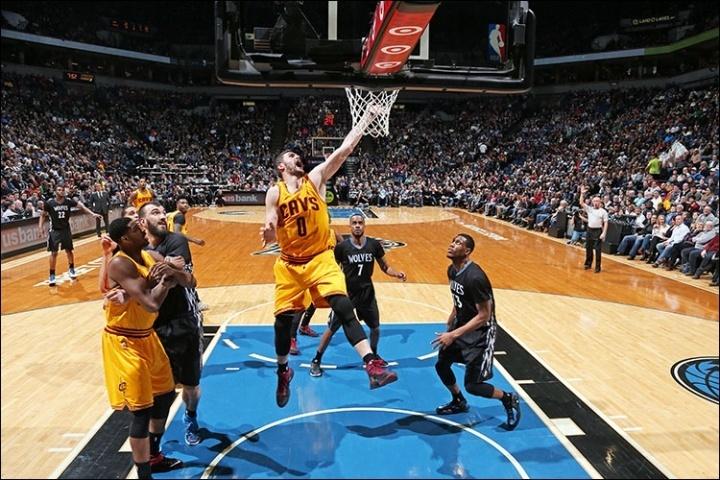 After losing LeBron’s return to Cleveland against the Knicks and to Miami against the Heat, the Cavs finally got a reunion right. Kevin made a successful return to his former team, the Minnesota Timberwolves, defeating his past 6-year abode, 106-90. LeBron James led the Cavaliers with 36 points, six rebounds and five assists. Andrew Wiggins, the continuously debated “one who got away,” had an impressive outing against his relatively short but former abode as well, scoring 33 points and collecting four steals. Here are the highlights for tonight’s game:

The struggling Timberwolves (Now 8-39) played valiantly, sticking with the Cavs for more than three quarters of the game. But that heat from Cleveland’s winning streak eventually melted Minnesota away and sealed a 10th consecutive victory.

For closure, Kevin Love left Minnesota tonight with what he brought to Cleveland last summer: a classic double-double performance with more rebounds than points! The Cavs play their fourth game in five days tomorrow, at home against the Philadelphia 76ers.