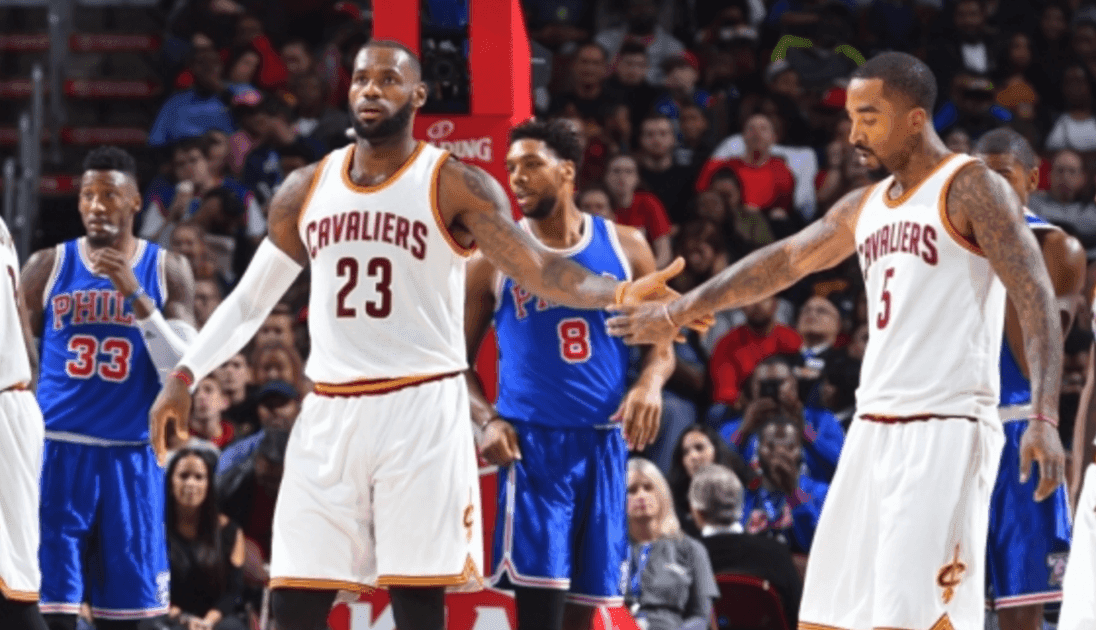 The Cavaliers traveled to Wells Fargo Center knowing they would have to battle complacency against a hungry Philadelphia 76ers outfit. The Cavaliers kept their perfect record intact, but it wasn’t without a scare as the 76ers looked to overcome the defending NBA champions.

As expected, the Cavaliers started off well. Ball movement created open shots, and running in transition yielded easy buckets for the Wine and Gold early. LeBron started off brilliantly, as he was setting up his teammates to start the game. He had six points, four rebounds and seven assists in the first period, as Love and Irving got a rest early. LeBron and the second unit started as planned, executing and defending, Cavs up 34-19 after one.

The second period was much of the same, as the Cavaliers continued to run in transition. The 76ers then found their feet in the contest, and began to execute on offense through Joel Embiid, who would prove to be a handful all night long. The Cavs had 19 transition points at halftime which created separation. Kevin Love crashed the boards as he had 11 points and nine rebounds to end the half, LeBron with 13 points, five rebounds and eight assists at intermission.

It looked as through the Cavs would easily take care of business in the second half giving their starters rest, but it was far from the case. The young 76ers found their groove and continued to throw runs at the Cavs. As champions do, the Cavaliers continued to respond but it was far from smooth sailing. Joel Embiid continued to dominate down low, and the Cavs saw a once 25 point lead cut down to just two after three quarters, 82-80 going into the fourth.

The Cavaliers were getting the very best of the 76ers, and as Embiid would rest, Jahlil Okafor came into the game and continued the onslaught on the low block. Those two were headaches for the Cavs, and the 76ers along with their passionate crowd were trying to get their team over the line. They road the roars of their fans, and took the lead late in the fourth. The Cavs had to dig deep, and they showed that championship resolve yet again. LeBron found Channing Frye for a big three-pointer at the top of the key to put them up one, which figured to be the game-winner, and a last big defensive stop saved the game for the Cavs.

A nice and unexpected early season test for the Cavaliers, who had to battle adversity and a tough night for Kyrie Irving to come away with the win. They remain unbeaten and now look forward to a couple of days rest before they take on Atlanta and Dwight Howard at the Q.