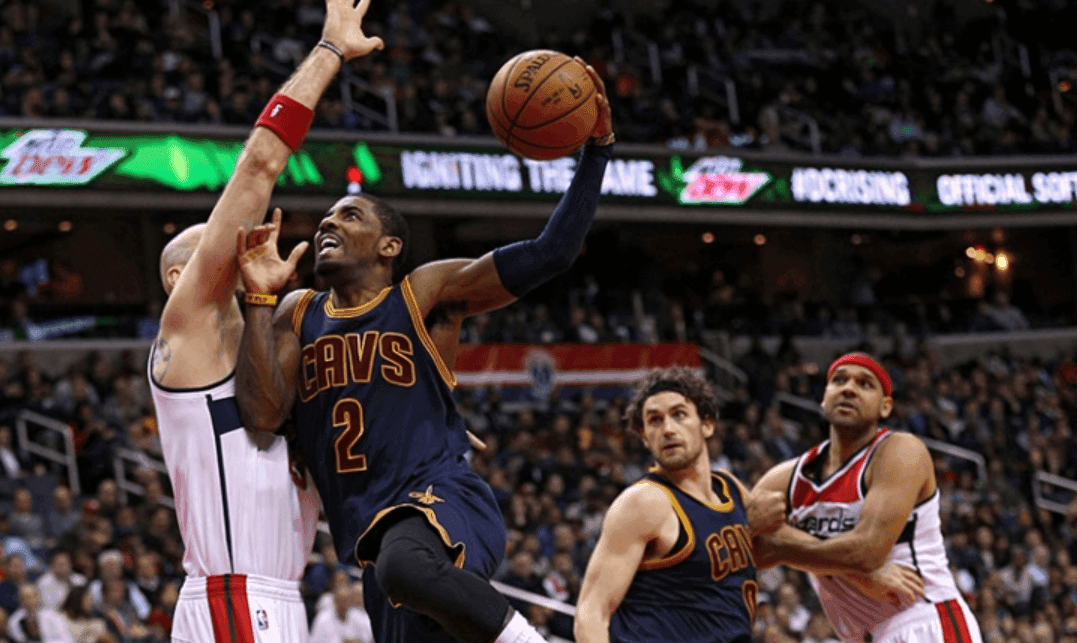 The Cleveland Cavaliers began a six-game, 11-day road trip tonight in Washington against the Wizards. Tonight’s game had a bit of significance, as the Wizards are the only team to have beaten the Cavs at home this season (15-1). Furthermore, Wizards’ point guard John Wall came out to say that he doesn’t understand how Kyrie Trving is ahead of him in the 2016 All Star voting count. With the shots that Wall took at Irving, many felt Kyrie would look to exact revenge over that statement, and that’s exactly what he did.

Kyrie Irving scored 32 points on the night, including 19 of the Cavs’ 26 points in the fourth and final quarter to help Cleveland secure the victory. irving shot 14-22 from the field, and added five rebounds, three assists, and two steals. LeBron James added 34 points on 12-22 shooting, including four three pointers, 10 rebounds, four assists. J.R. Smith added 25 points on 10-16 shooting, including 5-10 from downtown with three rebounds and three steals. Kevin Love added eight points and nine rebounds on just 4-10 shooting as David Blatt elected to go to Tristan Thompson down the stretch.

Cleveland got off to a great start, but had a major issue despite the fact that it didn’t show in the scoring column. They were able to reel in 17 rebounds (seven offensive), but had no assists in the first 12 minutes of play. That, of course, changed with Matthew Dellavedova in the second quarter. Down 28-35, the Cavs went on a 34-15 run to take a 62-50 lead into the half.

LeBron James and the Cavs came out firing on all cylinders in the third quarter as Cleveland scored 33 points. They allowed 39 points, however, in what was a very fast-paced third quarter. Cleveland took a 95-89 lead into the fourth quarter. Washington scored six unanswered points to tie the game at 95, but Kyrie Irving went on a personal 10-0 run and Cleveland totaled a 15-2 run to take a 110-97 lead with less than six minutes remaining. It was the Kyrie Irving show, however, as the star point guard scored at will time after time and Washington had no answer. Cleveland took a 121-109 lead with 40 seconds to go, but John Wall hit a pair of threes and the final score was 121-115.

While LeBron James is posting up, Nene tries to swipe at the ball but gets all of LeBron’s face instead. The ball goes out of bounds, and no foul was called.

LeBron James heats up to start the second half, hitting four three pointers to help the Cavs open up the game, but Washington is staying in it late in the third.

LeBron drives past Otto Porter, and elevates for the big time slam dunk. He then reaches up and smacks the box on the backboard.

Kyrie Irving takes the screen, crosses over Nene, and scores while getting fouled. Nene was lucky to keep his balance on that one!