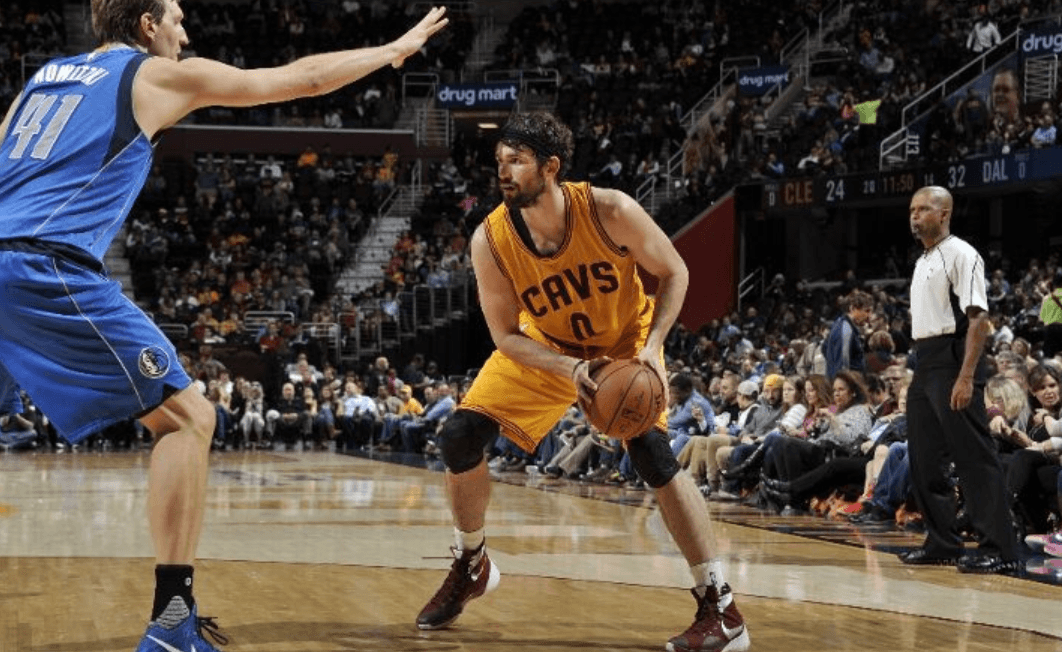 All of this preseason, the Cavs have struggled to put together a solid all around game for four straight quarters. And all preseason long, it resulted in loss after loss. If there’s any time to lose all your games and still feel good about yourself, it’s the preseason. However, Cavs fans have been dying to see a Cavalier victory to get the season started. Kevin Love, who played in his first preseason game last night, played again tonight in the second night of a back-to-back set. Lucky for the fans, Cleveland squeezed out its first victory on Monday with a 103-97 victory over the Mavericks.

The Cavalier offense got off to a slow start as they trailed 9-2 to the red-hot Dallas Mavericks. Dallas hit seven of its first nine field goal attempts and knocked down all seven free throws en route to a 25-16 start. It took some time,but Cleveland’s offense picked up as Kevin Love and Richard Jefferson each connected on a three-pointer and a bucket at the rim. Both teams exchanged baskets the rest of the way and Dallas led 32-24 after one quarter of play.

The second quarter saw Matthew Dellavedova get hot and hit a pair of three-pointers while Love connected on a three-pointer of his own and a layup to get within 39-35, but Dallas took a minor edge, outscoring the Cavs 13-7 the rest of the half until James Jones hit an end-of-the-half three pointer to bring the Cavs to a 52-45 deficit into halftime.

The fourth and final quarter of the preseason was the last chance for the training camp players to show what they can do. James Jones hit a three pointer and Mozgov hit a 10 footer, giving the Cavs a 90-79 lead. From that point, the Cavs gave us another scare as the Mavericks got within 97-95 lead with just over two minutes to go. After both sides connected on layups from their reserves, Mavs’ guard John Jenkins missed a three with 9 seconds left and Jared Cunningham knocked down a pair of free throws and a dunk at the buzzer to seal the deal.

All five Cavalier starters scored in double figures led by J.R. Smith’s 19 points and three assists. Matthew Dellavedova had 13 points and five assists, and Timofey Mozgov, Richard Jefferson, and Kevin Love all had 10 points as well. James Jones added 10 points, and although Jared Cunningham struggled shooting at 2-9, but finished with a great overall game at nine points, five assists, five rebounds, a steal, and a block while collecting the best plus/minus on the Cavs at +18. Dionte Christmas and Joe Harris added eight points, and Jack Cooley finished with six points and 15 rebounds.

The Cavs finished 1-6 in preseason action, and their next game will be the opening night matchup against the Chicago Bulls on October 27.