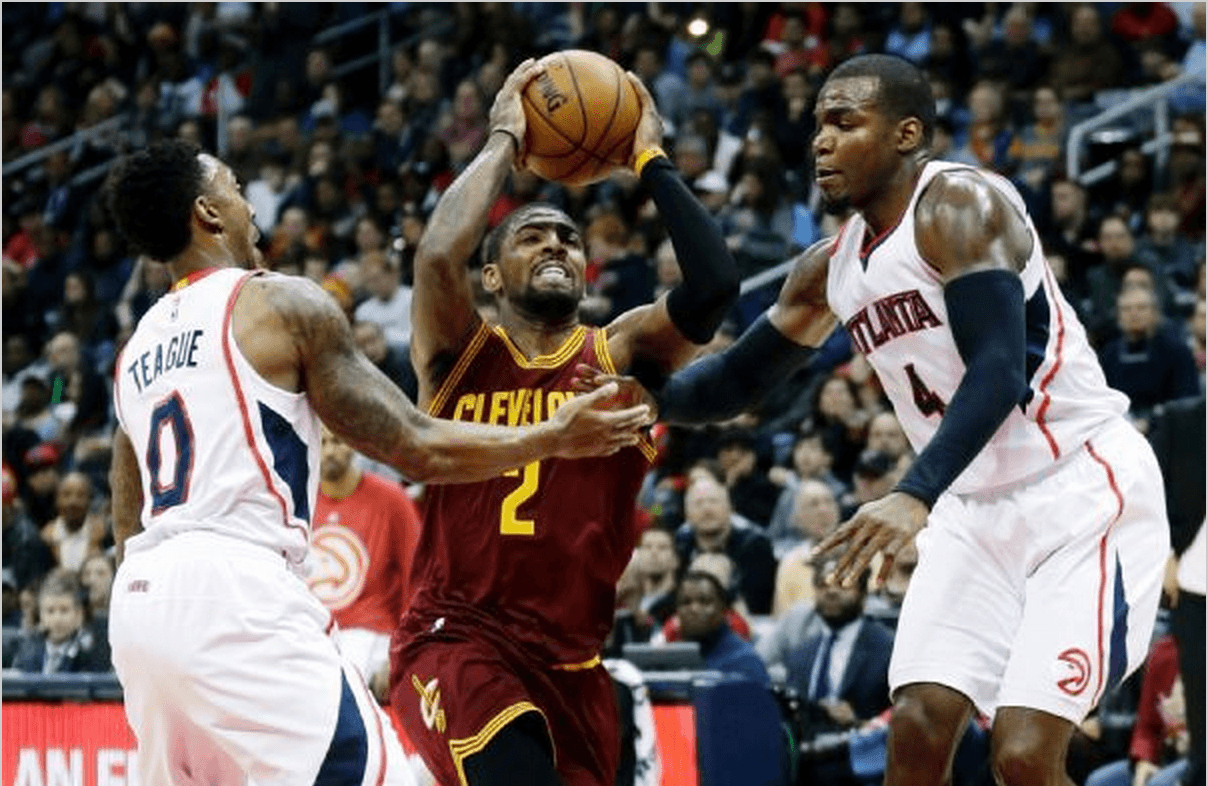 After the highs of an ecstatic summer and the lows of an underwhelming fall, the Cleveland Cavaliers tried to finish off the year 2014 on a positive note on a winning streak, but will not be able to do so after falling to the Atlanta Hawks 101-109. Cleveland faced Atlanta without James, who missed playing on his 30th birthday with knee soreness, and Shawn Marion, who rolled his ankle in Sunday’s game and was inactive tonight. Al Horford was a late scratch from tonight’s game as he got sick prior to tipoff and was held out of the game. Cleveland fell behind in the first half, but closed the gap in the second half. Jeff Teague and Paul Millsap prevented Cavaliers from completing their comeback. Here are the highlights from tonight’s game:

After trailing 5-0 to start, Kyrie Irving jumpstarted the Cavaliers tonight, connecting on a four-point play for the Cavaliers’ first score of the game, throwing a lob to Tristan Thompson on the following possession, and grabbing an offensive rebound and tipping the shot in while getting fouled all in one motion. Matthew Dellavedova capped a 12-0 for the Cavs with a corner three-pointer to take a 12-5 lead. Cleveland and Atlanta exchanged baskets until the 3:56 mark of the 1st quarter, where the Hawks finished the quarter on a 12-3 run led by Jeff Teague (seven points in the run) to take a 26-25 lead at the end of the first quarter. Kyrie Irving had 10 points for the Cavs, but the team had five turnovers while the Hawks had none.

The Cavs and Hawks matched each other’s baskets to start the 2nd before the Cavaliers got into a mini-drought, unable to score for almost five minutes. They went 0-6 and committed three turnovers. In that time, Atlanta only scored seven points in that span before Irving made a technical free throw. Atlanta kept up the pressure until halftime, finishing the 2nd quarter on a 14-3 run and led 51-41.

The Hawks started the 2nd half on two Kyle Korver three-pointers along with a layup and a Jeff Teague three-point play to take their biggest lead of the night at 60-43. Cleveland once again looked on its way to getting blown out of another contest. The Cavs, however, rallied together as a team and slowly started their comeback led by Kyrie Irving. Thompson kept the Cavs alive alongside Irving as they scored 12 of the 18 Cavalier points to get within nine. Although inconsistent on defense, Cleveland held Atlanta to just six points in the final 4:07 of the quarter after a Paul Millsap layup while they scored 12 points in that span with five points from Joe Harris. The Cavs cut the 17 point deficit to just five at 73-78 at the end of the 3rd quarter. Kevin Love, who was a nonfactor for most of the game, left to the locker room with back spasms at the end of the 3rd. He would not return and finished the night with seven points on 1/8 shooting, seven rebounds, and two steals in 24 minutes.

The Cavs and Hawks once again started the 4th on a scoring frenzy as neither team could miss. Cleveland’s first 5 baskets were a Kyrie Irving three-pointer, a Dion Waiters three-point play, and then three-pointers from Joe Harris, Kyrie Irving, and James Jones each. In the meantime, Korver had knocked down 2 well contested three-pointers and a wide-open layup to keep the Hawks up. After a Tristan Thompson alley-oop dunk from Irving and a James Jones 3 to get within 95-93, Paul Millsap scored the next 8 points for the Hawks. While Irving and Thompson did everything they could to stop them while scoring on the offensive end, Millsap and Jeff Teague would combine to score Atlanta’s final 16 points (10 from Millsap; 6 from Teague) to close out the game, giving the Hawks a 109-101 victory of the Cavs and sending the Cavaliers to their 2nd straight loss. Cleveland’s comeback fell short as the Atlanta Hawks moved to 23-8 while the Cavs dropped to 18-13.

David Blatt said the Cavs showed the "kind of grit that we should have as Cleveland people" in their short-handed loss to the Hawks.

Kyrie Irving played 43 minutes finished the game with 35 points on 13-27 shooting (3-10 from three-point), six rebounds, nine assists, and two steals while committing an astounding 8 turnovers. Tristan Thompson had 18 points and 13 rebounds before fouling out in 42 minutes of play. Joe Harris was the only other player in double figures for the Cavaliers with 13 on 4-7 shooting (3-4 from three-point). James Jones had three three-pointers for 9 points on the night. Kevin Love was a huge non-factor tonight and left the game after the 3rd and did not return, finishing with seven points, seven rebounds, and two steals. With LeBron James out, Cleveland got the bench production they needed at 35 points, but did not get enough from the other 3 starters as Love, Miller, and Dellavedova had 13 points altogether.

For the Hawks, Paul Millsap had a big night with 26 points, nine rebounds, three assists, two steals, and three blocks. Jeff Teague had 23 points, five rebounds, 11 assists, and three steals. Kyle Korver hit five three-pointers on his way to 19 points and eight rebounds. Mike Scott had 12 off the bench along with Dennis Schroder who had 11. Al Horford missed tonight’s game with nausea that apparently came up just before tipoff.

As a team, Cleveland shot 44.0% and made 13 three-pointers, but committed 18 turnovers which Atlanta converted to 31 points. Atlanta shot 50.6% from the field, made 10 three-pointers, and committed 15 turnovers and still won on a night where they missed their starting center.

Considering the lineup they put out there, Cleveland did a good job defending the paint, but still could not get out to the shooters tonight. Kyle Korver, Thabo Sefolosha, Jeff Teague, DeMarre Carroll, Pero Antic, and Mike Scott all had open perimeter shots, but Korver was the only one knocking them down and allowed the Cavaliers to stay in the game. Cleveland’s bench was productive as Joe Harris played 27 minutes, James Jones played 26 minutes, and Dion Waiters played 25 minutes.

LeBron James has said multiple times that the whole process will take time for the Cavs and is not something that will come overnight. Many are comparing this season of LeBron’s career to James first season with the Heat and setting that as their expectations for what is a success or a failure. Here’s more of James on Cleveland’s struggles.

Kevin Love looked like "Wes" leaving the locker room stiff-legged. Back clearly bothering him, but said he still hopes to play tmrw

Cleveland’s next game will be the last of 2014 tomorrow night at home against the improved Milwaukee Bucks team at 7:00 PM EST. 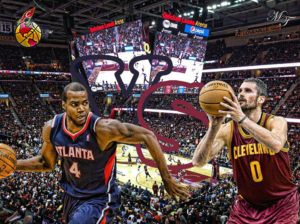