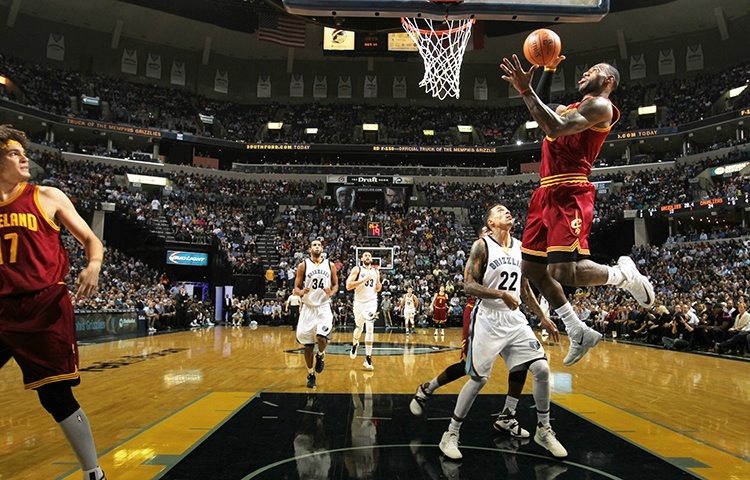 The Cleveland Cavaliers regrouped after an opening night loss in Chicago and throttled the Memphis Grizzlies for a 30-point win on the road. The Cavs were nearly flawless in every aspect of the game, building a 16-point first quarter lead and never looking back on their way to a 106-76 victory.

Cleveland created turnovers, forced difficult shots, and generally made life difficult for Memphis all night. The Grizzlies did not have a single player score more than 12 points, and were held to only 10 points in the first quarter of their home opener.

The onslaught started early, with the Cavs racing out to an 18-8 lead, forcing a timeout by the Grizzlies. After the timeout, the strong play continued, as Cleveland finished the quarter on an 8-2 run to take a 26-10 lead after the first 12 minutes. The Cavs shot the ball very well in the first quarter. When the first quarter had ended, five separate Cavaliers had made three-point shots. Those five players included new additions Mo Williams and Richard Jefferson. Cavs fans should be excited about their early impact on the team.

The second quarter was more of the same for the Cavs. The lead ballooned to 28 points after the Cavs’ bench created a 17-5 run behind the strong play of Matthew Dellavedova and Richard Jefferson. The Cavs didn’t score for the last 2:41 of the first half, but the defense remained tough and the Cavs took a 53-32 lead into the half.
Kevin Love had a double-double at halftime, on his way to leading the team with 17 points. Richard Jefferson also had a strong first half, with nine points off the bench. His veteran presence and outside shooting is proving his value and it allows LeBron James to minimize his playing time, which will hopefully make him fresher and well rested late in the season.

The balanced effort continued in the second half, with eight separate Cavaliers scoring in the third quarter. The lead stayed in the 20s for the most part, with the exception of a short burst from Memphis to pull within 18. The mini-run forced Coach David Blatt to call a timeout in order to remind his team of what had gotten them the lead. After that timeout, the Cavs were back to normal, and actually ended the quarter very strong again. With LeBron on the bench, Cleveland grew the lead to 24 heading into the fourth quarter.

The Cavs took their first 30-point lead on a LeBron James free throw to make the score 89-59. James went to the bench shortly after that and was done for the night. Coach Blatt stated in the preseason that he would like to keep LeBron’s minutes to 35 per game, and tonight he was able to do that. His 31 minutes were not overwhelmingly effective, but he didn’t have to take over this game at any point. The defense came to play and the offense was fluid throughout the game. The Cavs closed the game with their key players watching and enjoying the game from the bench, and that should certainly please Coach Blatt.

The Cavs return to action in their home opener at the Q on Friday night against the Miami Heat. 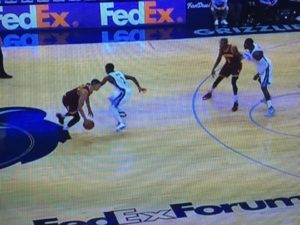