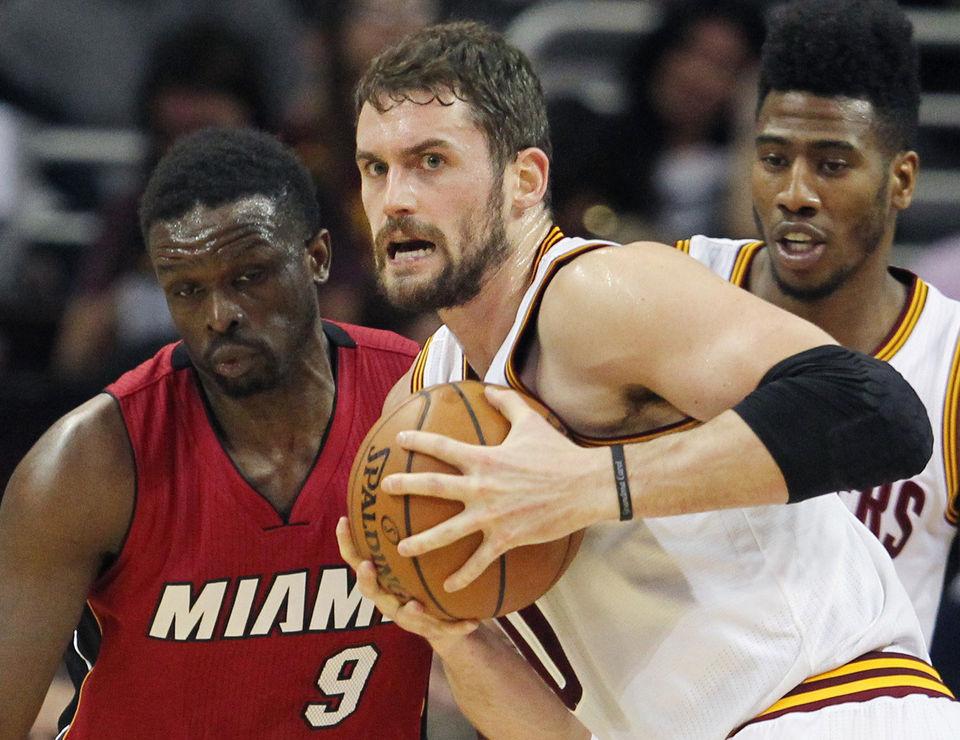 The loss on Christmas Day is a distant memory. Tonight, the Cleveland Cavaliers defeated the Miami Heat, 113-93 at home. Cleveland improves to 33-21 while Miami drops to 22-30 on the year in what was a relatively easy win for the Cavs after a great shooting start.

Cleveland played with Miami for the first six minutes as they took a 16-12 lead on a corner three-pointer from J.R. Smith. After forcing Luol Deng into four first-quarter turnovers, the Cavs went on a 25-6 run when Heat center Hassan Whiteside went out of the game to take a 20-point lead with just under a minute to go in the first.

The second quarter was one consisting of runs as the Cavs’ run continued the first quarter run to take a 52-26 lead following a 14-3 run in the first four minutes. Seemingly out of the game, Miami mounted a great comeback of their own at 20-4, getting themselves within 10 at 46-56 while Cleveland struggled to score. Miami’s defense stepped up as they allowed Cleveland to score just five points in the final seven minutes of the half, but Cleveland led 59-48 at the half.

Cleveland decided to put Miami away coming out of the half, and that’s what they did scoring nine quick points and regaining their 20-point lead. For the rest of the half, the Cavaliers answered every Heat run with defense and balanced scoring on the other end. Love took a hit to the face late in the quarter, which would eventually end his evening playing just 20 minutes. Cleveland led 85-69 after three quarters of play.

The fourth quarter was mainly garbage time as the closest Miami got was within 14 points. Shawn Marion, Matthew Dellavedova, Joe Harris, and James Jones all got some good minutes late in the game as James, Smith, and Irving got some good time to rest as Cleveland plays another game on the back-end of a back-to-back at Chicago. Cleveland finished off Miami and won 113-93.

Tonight was both an excellent offensive and defensive outing by the Cavs. They shot 56% on the evening and knocked down 10 of their 25 three-pointers. They also outrebounded the Heat 43-36 and had whopping 32 assists. The starting five for the Cavs combined for 26 assists in the outstanding team effort tonight.

Timofey Mozgov led the Cavs tongith with 20 points and seven rebounds on 9-11 shooting. LeBron hada near triple-double at 18 points, 10 rebounds, and seven assists. Irving continued his hot shooting from downtown, connecting on three of five three-pointers and finished with 15 points, four rebounds, and six assists. Despite leaving the game early, Love had 12 points and six rebounds. Smith had a solid overall night with 10 poitns, four rebounds, seven assists, and three steals. The Cavs got 38 points from their bench tonight with Thompson scoring 17 and Shumpert finishing with 13.

Chris Broussard reported on Kevin Love at the end of the game:

Right corneal abrasion for K Love. He will travel with Cavs to Chicago tomorrow. Will be reevaluated in the morning