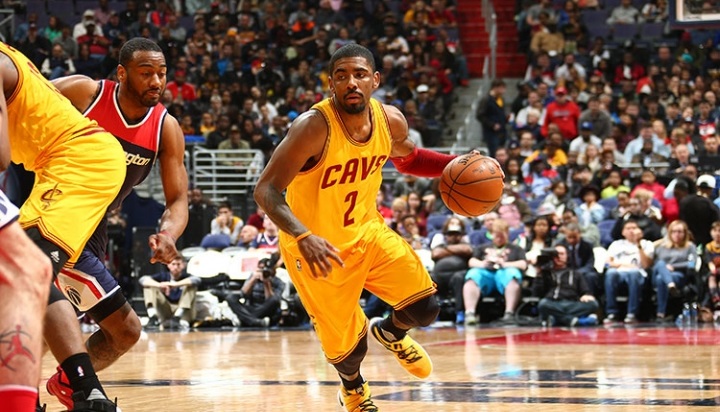 LeBron James was given a day off today, and the rest of the team didn’t look interested in playing either as the Cavs got blown out by the Wizards by the score of 113 to 99. This one was over early, with the Wizards running past the Cavs in the third quarter to take a 26-point lead into the fourth. The eastern conference-leading Cavaliers looked lifeless for almost the entire game, and played with an embarrassingly low level of effort on defense. The 10th place Wizards, who prior to today sat 2.5 games outside of the eastern conference playoffs, beat the Cavs in every aspect of the game.

The onslaught started midway through the first quarter, as the Wizards went on a 12-0 run to ignite both sides of the ball. The finished the quarter strong, shooting 12-20 from the field to take a 35-28 lead. They continued their dominance over the Cavs in the second quarter, outrebounding the Cavs, racking up more assists, and taking a 63-54 lead into the half. The Cavs provided no resistance at all on the perimeter. The Wizards ball-handlers, mainly John Wall, got anywhere they wanted to get on the court, and found open shooters all game long. Through just two quarters, Wall tallied 18 points, 7 assists and 4 rebounds. Kyrie Irving led the Cavs offensively with 16 points, but he made no impact on the defensive end of the floor for the second straight loss.

The Cavs had an atrocious start to the third quarter, allowing Otto Porter, a 32% 3-point shooter, to go on his own 9-0 run, all from behind the arc. The lead grew to 18, and only increased from there. The Wizards outscored the Cavs 33-16 in the third quarter to take a comfortable lead into the fourth quarter.

The Cavs have some work to do to gather themselves and get back to the business of finding their identity. Since the coaching change, their best games have come with physical defense and up-tempo, free-flowing offense. Today was the opposite of both of those. As their lead in the eastern conference seems to be slipping away, the Cavs will look to get back on track tomorrow as they take on Paul George and the Indiana Pacers. 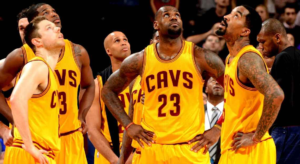 JUST IN: When Can The Cavs Start Resting Stars?