FULL HIGHLIGHTS: Cavs Need To Find Themselves After Getting Mauled In Game 2; 77-110 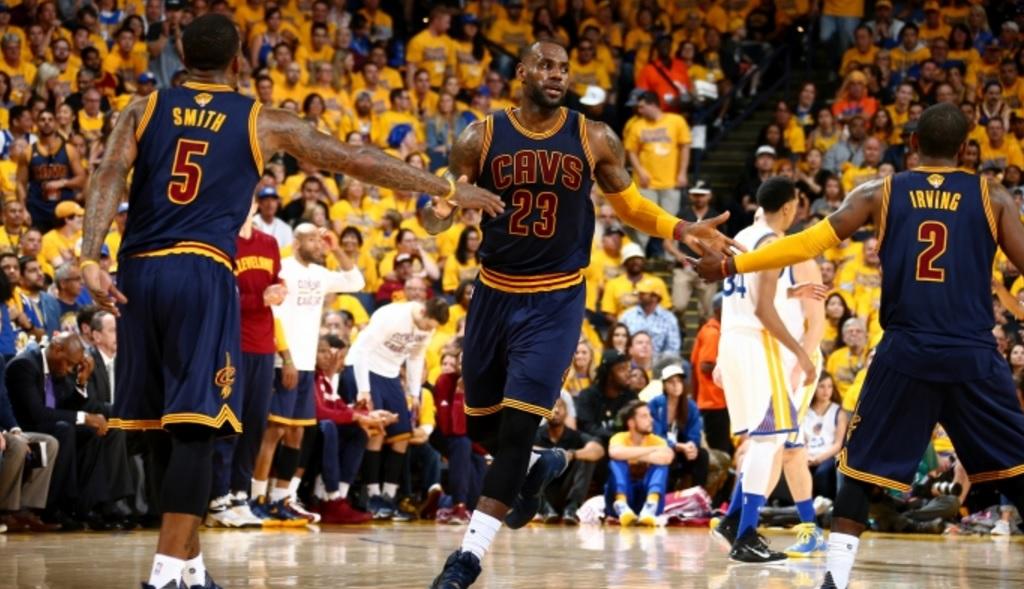 The Cavs fell in Game 2 of the NBA Finals by the score of 110-77. The game plan coming into this one was for LeBron James and company to increase the pace of play, but it was the Warriors who dictated the pace and all other aspects of the game tonight. The Cavs had no answers for the Warriors tonight. From the top of their roster to the bottom, they played team basketball, were more unselfish and had more answers on defense. The Cavs will have some soul searching to do if they want to win a game in this series, because the first two losses in this series were demoralizing.

The Cavs held their own early in this one, taking a 6-point lead at 28-22 at the beginning of the second quarter. Unlike the words of their head coach, they were slowing the game down and playing solid defense, targeting Steph Curry on that side of the court to take advantage of. The lead was short-lived however, as the Warriors went on a 20-2 run to blow this one wide open. Draymond Green scored nine points during the run for the Warriors, on his way to a team high 18 first half points. The Splash Brothers, Steph Curry and Klay Thompson, combined for 20 points in the first half to equal their total from game one. It was Green though, who hit timely long range shots when the Cavs defense locked up their primary shooters.

The Cavs made a short 7-0 run at the end of the quarter after being down by 15 points to cut the lead to 52-44 at the half. LeBron, who didn’t score at all in the first quarter, led the run and finished with 14 points at the break. No other Cavalier was in double-figures. Kyrie Irving, who scored 26 points in game one, scored the Cavs’ first two baskets of the game, but failed to score after that. Kevin Love scored five points in the first half, but left the game momentarily after taking an elbow to the head from Harrison Barnes. Love returned briefly in the third quarter, but left due to dizziness and did not return.

The third quarter proved to be the demise of the Cavs in this one, as the Warriors found their rhythm on offense and Cleveland was unable to do almost anything they wanted to do on offense. The Cavs scored just 18 points in the third, while Golden State scored 30, led by another ten from Draymond Green. The 20-point lead after the third was enough to keep the majority of the starters for both teams on the bench throughout the fourth quarter.

The Cavs finished the game shooting just 35% from the field, and were outrebounded 46-34. In Game 1 the Cavs missed 28 shots in the paint, and in this one they missed 19 in just the first half. It was a horrible offensive display from start to finish, including just a 33-point second half. LeBron finished the game with 19 points, nine assists and eight rebounds, but he also committed seven of the team’s 17 turnovers. Richard Jefferson (12) and Kyrie Irving (10) were the only other Cavs players in double-figures.

Game 3 is Wednesday night in Cleveland, and the Cavs need to do a lot more to make this a competitive series. A lot…