FULL HIGHLIGHTS: Cavs Get Wake-Up Call In Home Blow Out Loss Vs Pistons, 103-80 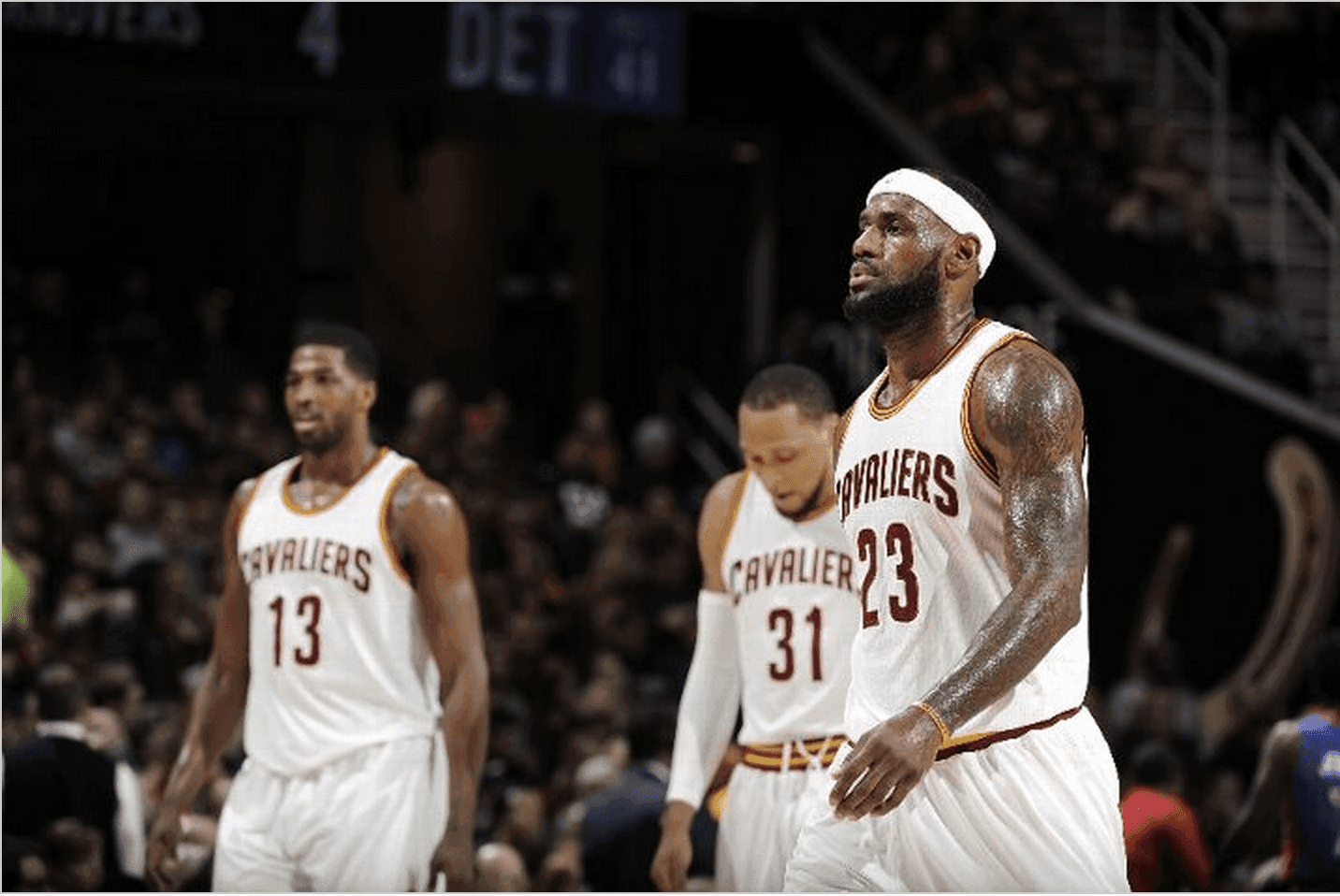 As if a mockery of LeBron’s return to the Cavaliers, Stan Van Gundy returns to the league, in reminiscence of the 2009 Eastern Conference Finals, and burns Cleveland. Tonight’s 103-80 loss to the Detroit Pistons brought evocative and painful flashbacks of the Cavs’ loss to the Orlando Magic in those playoffs; a series accentuated by three point barrages and huge scoring runs by the Magic. Tonight’s game was no different.

The Cavs came out of the gate strong, outscoring the Pistons 28-17 in the first quarter while shooting 52 percent. But it fell apart once Shawn Marion sprained his ankle and had to be taken to the locker room. That incident demoralized the Cavs, who lost their offensive firepower, conceding an 18-0 Detroit run made up of trigger happy three point attempts. Detroit shot 6/10 from threes on route to a three point lead at halftime.

The onslaught didn’t end there, as Detroit continued their shooting spree with a 38-12 run to blow the lead wide open. Brandon Jennings led the way for them, shooting 10/18 from the field with 25 points. Andre Drummond took advantage of Cleveland’s hole at center, and scored 16 points, and grabbed 17 rebounds. Detroit shot 55 percent from three-point range, going 17/31 – a franchise record in three’s for Detroit. In contrast, Cleveland struggled with their shooting, only managing to connect on 17 percent of their three-point attempts. In a game where backcourt containment was a top priority, the Cavs failed with a lackluster intensity. In the end, however, the Pistons made shots; the Cavs did not.

LeBron James struggled from the field, shooting 5/19 from the floor, for 17 points; a performance that seemed to rub off on the rest of the Cavs’ roster, as the team put forth seemingly no effort. Kevin Love played a decent game, with 20 points and 10 rebounds, but he couldn’t find his 3 point touch, going 1/7 from outside. Kyrie Irving sat out this game with knee soreness.

LeBron James was seen exiting the arena with a slight limp. He says he took a knee to the quad during the game.

As a team, the Cavs were extremely vulnerable tonight. LeBron said it earlier this week and he candidly reiterated today after the blow out loss:

“We’re not that good right now.”

Once shots started to rattle out, the Cavs became frustrated, began to lose trust in one another on both ends of the floor and reverted back to a basketball stone age. James would turn the ball over, Waiters might force an unwarranted shot or drive or Love just wouldn’t put a body on someone in the post – the Cavs lost their drive all too quickly in this one. As Coach Blatt pointed out in the post game:

David Blatt says they lost their "energy and competitiveness." He added "that shouldn't happen."

Tristan Thompson may have been the only bright spot in today’s game. The fourth year forward shot 7/8 from the floor, on his way to 18 points and 11 rebounds; but he has to fill in Anderson Varejao’s shoes, a role not easy to fill.

Kevin Love on lopsided home loss to Pistons: "We need to play better in front of our home crowd, home fans and it’s just unacceptable.”

With tonight’s loss against a bad Detroit Pistons team (7-23), the Cavs drop to 18-12 on the season. Their next game will be in Atlanta on Tuesday, to take on the red-hot 22-8 Hawks, who blew the Cavs out last time these teams played. The Cavs gave up 17 three’s tonight against the Pistons, and 16 the other night against Atlanta – both resulting in blowout losses. The Hawks are ranked 6th in three-point shooting, so the Cavs will need to learn and forget tonight if they want to avoid another embarrassing loss on Tuesday.

#Cavs defense is in a sad, sad state. No other way to put it.