Full Highlights: Cavs get back on track, defeat Wizards; 105-94 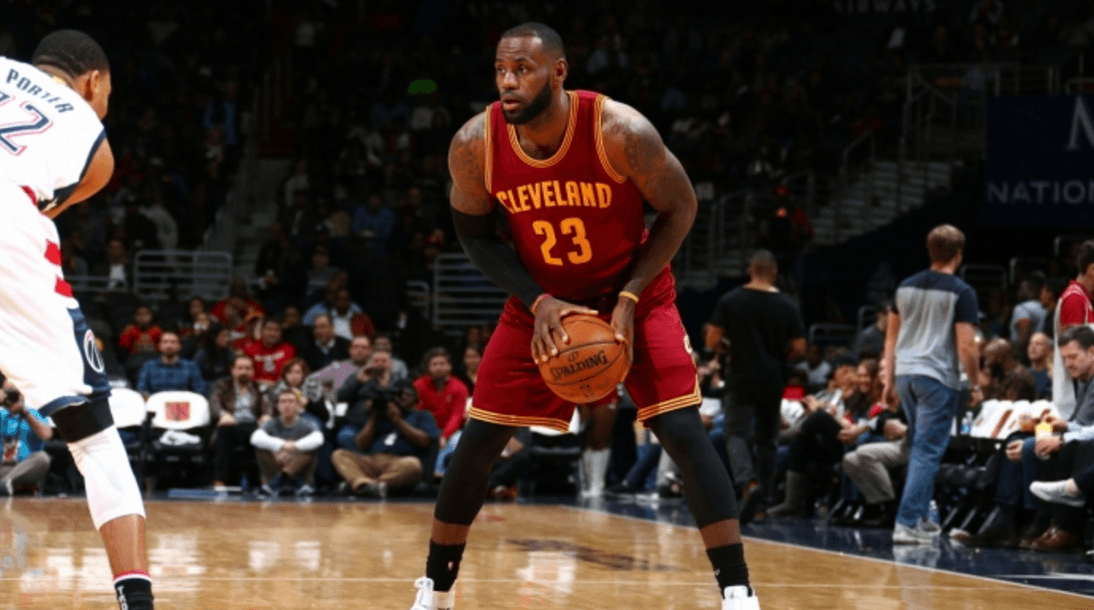 Fresh off their visit to the white house yesterday, the Cavaliers continued their fine couple of days with a win against the Wizards tonight at the Verizon Center.

There was not much energy in the building early, but the Cavs and Wizards both got off to strong starts. After looking to gain control early on, the Cavaliers had to weather the John Wall storm to start the game, as his mid-range jump shot was torching the Cavs. He wasn’t the only one hot however, after his slow first half last game against the Hawks, LeBron James wasn’t going to let it happen again, as he also started the contest extremely aggressive offensively. He started off 4/5 from the field, which included two three pointers and a tough baseline jumper, kick-starting the Cavs early. LeBron then went out of the game towards the end of the first period, and like so often this season, the Cavs began to struggle. The offensive became stagnant, and John Wall took full advantage. The Wizards finished the quarter strong, and behind Wall’s 12 points, Kelly Oubre perfect 4/4 from the field shooting, and 62% from the field as a team, Washington found themselves up 31-26 after one.

The second quarter started with rookie Kay Felder seeing meaningful NBA minutes as he relieved Kyrie who took a break. The second period started with Felder, James, Frye, Shumpert and Dunleavy to round out the starting five, and the Cavs found something with this second unit. Despite Wall continuing his fine first half, LeBron James matched him, and was dominant from beyond the arc. He was superb shooting 6/7 in the first half, and remained a perfect 3/3 from downtown. Both franchise players carried their team’s offense, but the Cavaliers second unit found and slight advantage going into the break. JR Smith swished two free throws just before the halftime buzzer sounded, and the Cavs entered the locker room up 58-56.

The Cavaliers came out for the third period aggressive on defense. They were looking for a better defensive effort in the second half, and the third period yielded just what the coaching staff ordered. As the game got physical and chippy, it only added to the Cavs desire to buy in on that end, and after JR Smith and Kyrie Irving hit two threes each in the quarter, the wine and gold found some separation. The defensive activity was exemplary, and was led by Kevin Love’s monster effort on the glass. The intensity was too much for the Wizards to handle, and the Cavs opened up their largest lead of 12 points towards the end of the quarter. Cavaliers up 85-94 after three.

The fourth quarter was all about control and execution for the Cavs, and the ball was put in James’ and Irving’s hands to make plays. Irving sat to start the final period as James, Frye, Shumpert, Dunleavy and Jefferson took to the floor. The Wizards showed some fight for their home crowd by staying close, but they couldn’t overcome the connection of Irving and James, who were superb in closing the deal for the Cavs. Kevin Love continued his assault on the boards, and a brilliantly controlled second half ended in a wine and gold victory 105-94.

It was just the response the Cavaliers needed after dropping one at home against the Hawks. They were fantastic in the second half, executing offensively, exploiting matchups and showing some of that championship defensive activity. LeBron James became the youngest player in NBA history to 27,000 points on the night, and the Cavs move to 7-1 on the season.

James finishes the game with 27 points, 10 rebounds and five assists. Irving had a game high 29 points and six assists, and Kevin Love had a monster double-double game of 14 points and 16 rebounds. J.R. Smith was outstanding with 17 points of his own, Iman Shumpert had 6 points and 4 steals, and Channing Frye contributed with 8 points.

The Cavaliers will now return home and play host to the Charlotte Hornets, who are tied second best record in the Eastern Conference. 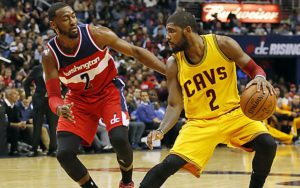