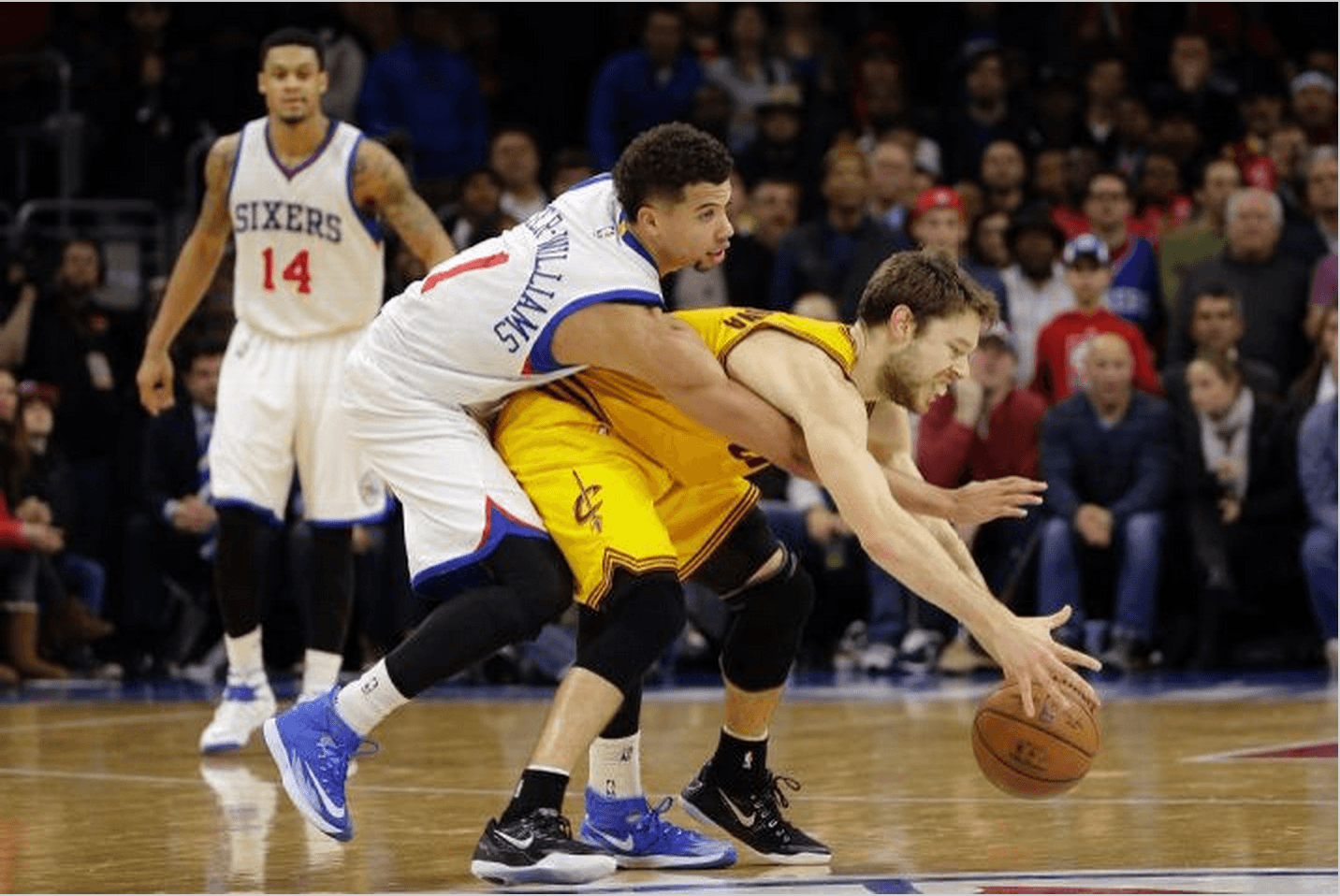 The Cavs marched into Wells Fargo Center this evening to take on the 4-28 76ers. Big news coming tonight, with the Cavs missing LBJ, Varejao, and Irving now due to injury, Dion Waiters, Lou Amundson, and Alex Kirk were also absent from the bench. After the first quarter, news developed that these three have been involved in a 3 team trade that will send Waiters to the Thunder and bring J.R. Smith and Iman Shumpert to Cleveland. With all of these players absent, some Cavs knew they needed to step up.

Joe Harris and Mathew Dellavedova got the start, along with Tristan Thompson, Kevin Love, and Mike Miller. The pair came up big, dishing out a combined 12 assists, and Harris put up a career high 16 points. It’ll be interesting to see how their roles develop with this new trade. Unfortunately, Dellavedova missed two free throws with 20 seconds left which could have put the game away.

Kevin Love: Another BIG night for Kevin Love. 28 points and 19 boards! Love continues to be aggressive down low, and is getting to the free throw line a lot. He went 11-13 from the charity strike as well as 8-17 shooting.

Tristan Thompson: A big help to Love down low, Tristan Thompson was an animal on offensive boards tonight, grabbing 6 for second chance points. He also put up 18 points in 40 minutes of playing time.

James Jones: Also coming off the bench with a few 3s was James Jones. Jones was 3 of 6 from beyond the arc in just 27 minutes of time. James found open shots around the perimeter and was able to knock them down and shoot 43% for the game.

The Cavs avoided falling behind early as we have seen lately. Instead they went into halftime up by 13 after a 19-4 run to end the second quarter; but as we know it’s a game of runs, and the Sixers responded with a 10-0 run in the 3rd. Now the problem for the Cavs is maintaining that lead. Instead, the Sixers outscored the Cavs by five in the 3rd and the 11 in the 4th.

The Cavs continue to struggle defensively, allowing five Sixers to get into double digits in the points column. Coming into the game, a key factor was controlling Michael Carter Williams in his return from a one game absence. MCW ended up with 18 points and 13 assists. The one good thing about the Cavs defense tonight was that they forced 17 turnovers, however this is two lower than the 76’s average of 19 a game.
We’ll see how the Waiters trade will affect the Cavs on Wednesday when the 23-10 Houston Rockets come to town. On Thursday the Cavs fly out to the West coast for a five game road trip. 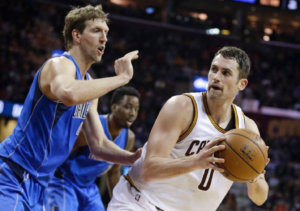