FULL HIGHLIGHTS: Cavs Disappoint In Brooklyn As They Fall To Nets; 104-95 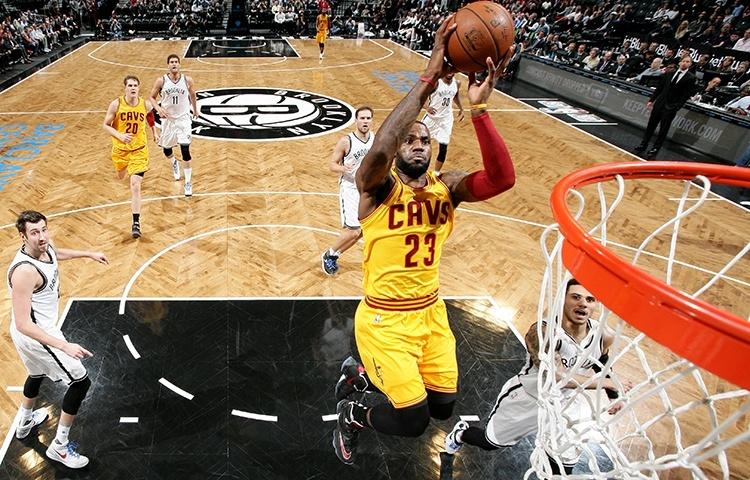 On the second night of a back-to-back, the Cleveland Cavaliers struggle to find any consistent rhythm and lost to the Brooklyn Nets by the score of 104-95. The Nets had control for most of the game, with the exception of a dominant third quarter from LeBron James and the Cavs. The Cavs were ice cold from long range, shooting just 10-of-38 from behind the arc, even though many of those were wide open looks thanks to good ball movement. The Cavs gave the Nets confidence by allowing them to stay in this one early, and were never able to get over the hump and put them away when they had the chance.

Coming into the game, Brooklyn had 19 wins, and Cleveland had 20 losses, but you wouldn’t have guessed it with the way the Cavs played early on. They found themselves down 23-26 after the first quarter. Even though they shot 11-of-19 from the field, they committed seven turnovers, allowing the Nets to run on them for uncontested baskets.

The second quarter was better for possession, as the Cavs only committed one turnover, but they still allowed the Nets to dissect their defense and finish the half shooting 51% from the field and 55% from long distance. LeBron James was the only bright spot in the first half for the Cavs, scoring 15 points on 7-of-7 shooting, while adding 4 assists. For the half, the Cavs were 3-of-18 from long range as a team.

The Cavs found themselves in the third quarter, outscoring the Nets 34-21 in the period. James matched his first half total in the third quarter alone, scoring 15 more points on 6-of-7 shooting. Kyrie Irving made an impact as well, scoring 7 of his 13 for the game in the third quarter. The Cavs had 18 assists after 36 minutes of action, and had only committed three turnovers since the disastrous third quarter, but could only pull ahead by three at 83-80 heading into the final frame.

The fourth quarter was miserable for the Cavs, as the Nets doubled them up 24-12 to seal the win. The Cavs missed open shots all quarter long, and the Nets outplayed and out-hustled them late in the game, tracking down loose balls and long rebounds, and scoring in transition. The Cavs looked like they had no energy after winning last night in Cleveland and getting to Brooklyn well into the night last night. For a team looking to enhance their focus and make sure they are primed for a playoff run, this was an embarrassing loss.

LeBron James didn’t score in the fourth quarter, but still finished with a game high 30 points on 13-of-16 shooting. Kyrie Irving finished with 13 points, four assists, and five rebounds. Kevin Love posted a double-double with 11 points and 12 rebounds. Without James’ efficiency from the field, the Cavs combined to shoot 26-of-73. That effort will need to improve if they are to move forward and be ready for the playoffs.

The team stays in New York until a matchup with the Knicks on Saturday night, where, hopefully, they are able to regain their rhythm and momentum.