FULL HIGHLIGHTS: Cavs Complete Battle-Tested Sweep Of Pistons, Advance To Next Round; 100-98 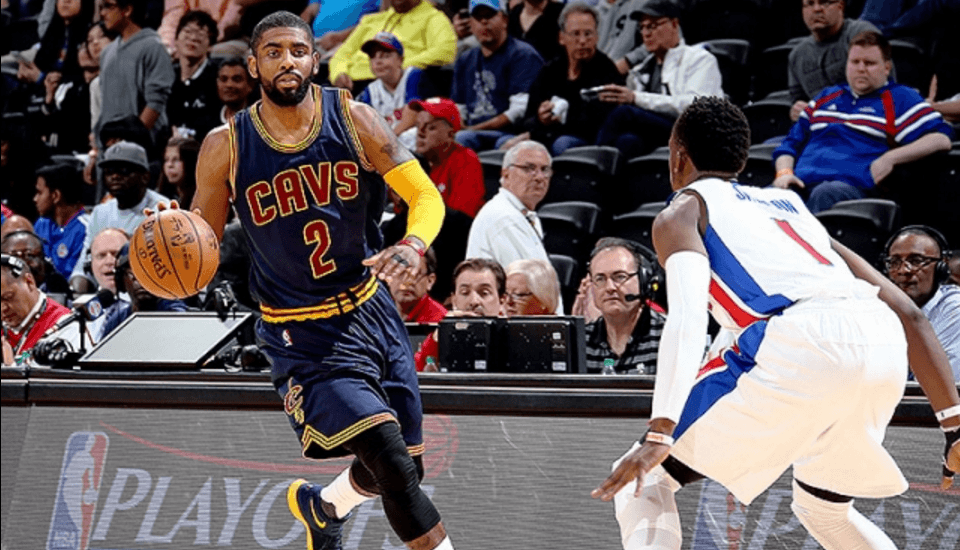 The Cavs took care of business and completed a four-game sweep of the Detroit Pistons tonight, holding on for a 100-98 victory. Kyrie Irving made clutch shots and led the way with 31 points. Both LeBron James and Kevin Love had bad shooting nights, but still finished with double-doubles. LeBron had 22 points and 11 rebounds, while Love added with 11 points and 13 rebounds. J.R. Smith was the only other Cavalier who was a threat from the outside, as he finished with 15 points on 5-7 shooting, all from behind the arc. The Cavs will now await the winner of the Boston Celtics and Atlanta Hawks first round series to determine their next second round opponent.

The first quarter in this started much like the rest of the games in this series. The Pistons came out with plenty of energy and were able to jump out early with a 10-2 run to start the game. The Cavs answered back with an 8-2 run of their own to calm the storm. The Cavs offense was out of synch early on, after having some of their best shooting performances of the season already in this series. For the quarter the Cavs shot just 35% from the floor, and even worse from behind the arc. Kevin Love, while only shooting 1-8 from the floor, still led the Cavs with six points in the first. He also collected nine rebounds in the quarter to lead the effort in the paint.

The Pistons took a 28-25 lead into the second quarter, but LeBron James and the Cavs’ backcourt found their rhythm in the period to take a 53-52 halftime lead. LeBron scored 12 points in the second quarter alone, and Kyrie Irving and JR Smith combined for 12 of their own to ignite the offense. The Pistons never let the Cavs pull away though, even with the improved outside shooting of Irving and Smith. Marcus Morris scorched the nets in the first half and led the Pistons with 18 points.

With a one-point lead to start the third quarter, the Cavs got a major lift from Kyrie Irving. He would score 10 points in just the first four minutes after halftime to help the squad build a nine-point lead. Like most of this series thus far, however, the Pistons battled back and were able to tie the game with three seconds left in the quarter. Unfortunately for them, three seconds is enough time for Kyrie to make something happen, and that he did in the form of an effortless, half court jumper to further demoralize the Pistons. The shot gave life to the Cavs, following a strong finish to the quarter by Detroit, as they would again build the lead back to eight early in the fourth.

The rest of the fourth quarter would be a back-and-forth battle, with the Cavs relying heavily on some timely long range bombs by Irving and JR Smith. The backcourt mates each made critical, and somewhat miraculous, 3-point baskets at times when the Pistons were threatening to either tie the game or take the lead. With LeBron and Kevin Love having less than average shooting nights, it was crucial for the backcourt to step up and make plays. The two answered the call and combined for 46 points and 9-18 shooting from deep. The game was in the balance until the final buzzer sounded, however, as Irving did just enough to contest a Reggie Jackson 3-point attempt and force a miss that otherwise would have forced a game five in Cleveland.

With the Boston Celtics and Atlanta Hawks tied at two games apiece, the Cavs have earned themselves a week of rest to prepare for round two of the playoffs. The team and Cavs Nation will be watching anxiously to see who our next opponent will be. 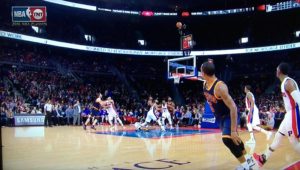