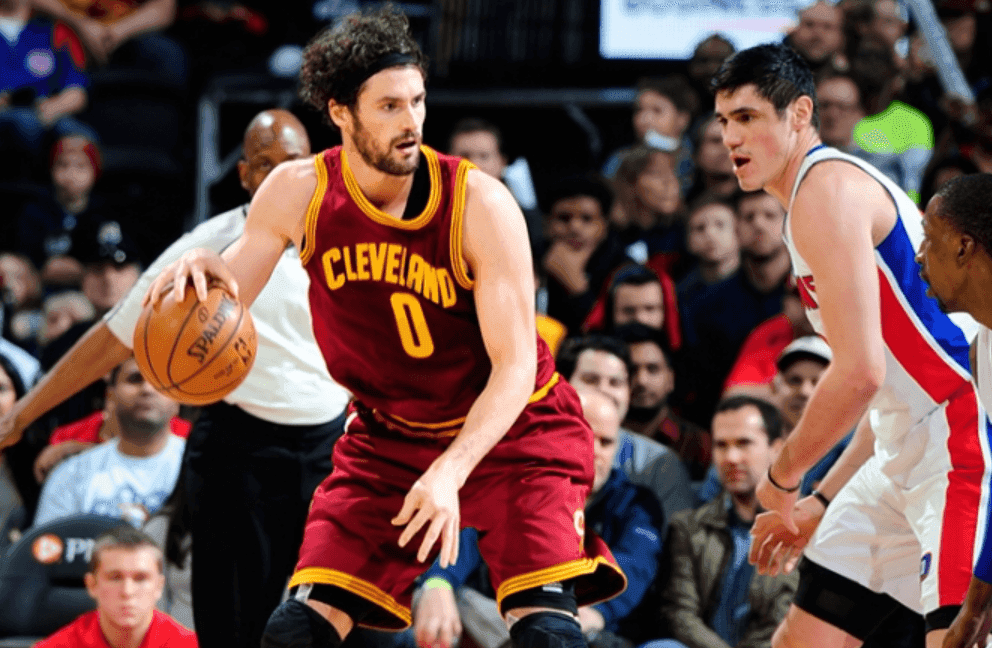 The Cleveland Cavaliers went into the Palace of Auburn Hills tonight and defeated the Detroit Pistons by the score of 114-106. The final score does not reflect how one sided this game was, as the Cavaliers were up by 20 points late in the third quarter. This victory marks the third in a row for Cleveland as they continue their reign atop the Eastern Conference with a record of 33-12. Detroit had just won their last two games, so this loss halted their chance to keep a winning streak alive. They currently sit in seventh place in the Eastern Conference, a half game up on the eighth place team.

A high scoring game for both teams, Cleveland was only up by six points after the first quarter of play. Just like a mirror image from Wednesday nights win over Phoenix, it was a complete team effort as five Cavaliers’ players reached double figures. They dropped 33 points in both quarters and led at halftime 66-58. In addition to the win, LeBron James set a couple of milestones tonight as he continues to add to his legacy.

James became the youngest player in NBA history to reach 26,000 career points and he is the 17th player to achieve this feat. Moreover, he passed Derek Harper for 20th all-time assists in NBA history. James ended the game with 20 points, nine rebounds, and eight assists, just one board and two assists shy of a triple double. However, James was not the team’s leading scorer tonight.

That honor belongs to Kevin Love. He had a stellar performance finishing with 29 points, six rebounds, and three assists. James stated earlier in the season that Love has to be the focal point of the offense. Kyrie Irving had himself a game as well. He added 28 points on 57 percent shooting. He also tallied four rebounds and just a mere two assists. The two other players that reached double figures were Tristan Thompson with 11 and Timofey Mozgov with 12. Thompson also added 14 rebounds to record a double-double. This was the third straight game that the Cavaliers reached the century mark as they have 343 combined points in those games. They led after three quarters, 96-78.

Detroit only lost by eight points, but they were down by 18 points to start the fourth quarter. Even with under a minute to play, they were still down by 10 points. All five starters for the Pistons reached double figures. Andre Drummond was their high scoring man with 20 points. Kentavious Caldwell-Pope added 19 points. On many nights, 106 points is good enough to win a game, it just was not enough tonight.

The Cavaliers are back in the Q tomorrow night for ABC’s NBA Saturday Primetime in a matchup with the Western Conference’s second best team, San Antonio Spurs. The Cavaliers lost their last meeting with the Spurs 99-95 in San Antonio. Tip-off is scheduled for 8:30 p.m. Detroit is back in action tomorrow as well as they are set to take on the Eastern Conference’s second best team, Toronto Raptors. That game has a 6:30 p.m. tip-off time.

J.R. Smith drives around Reggie Jackson and draws the defensive big men of Detroit. He then dishes a quick behind the back pass to Timofey Mozgov for the easy two.

Uncle Drew with the sweet spin and the bucket