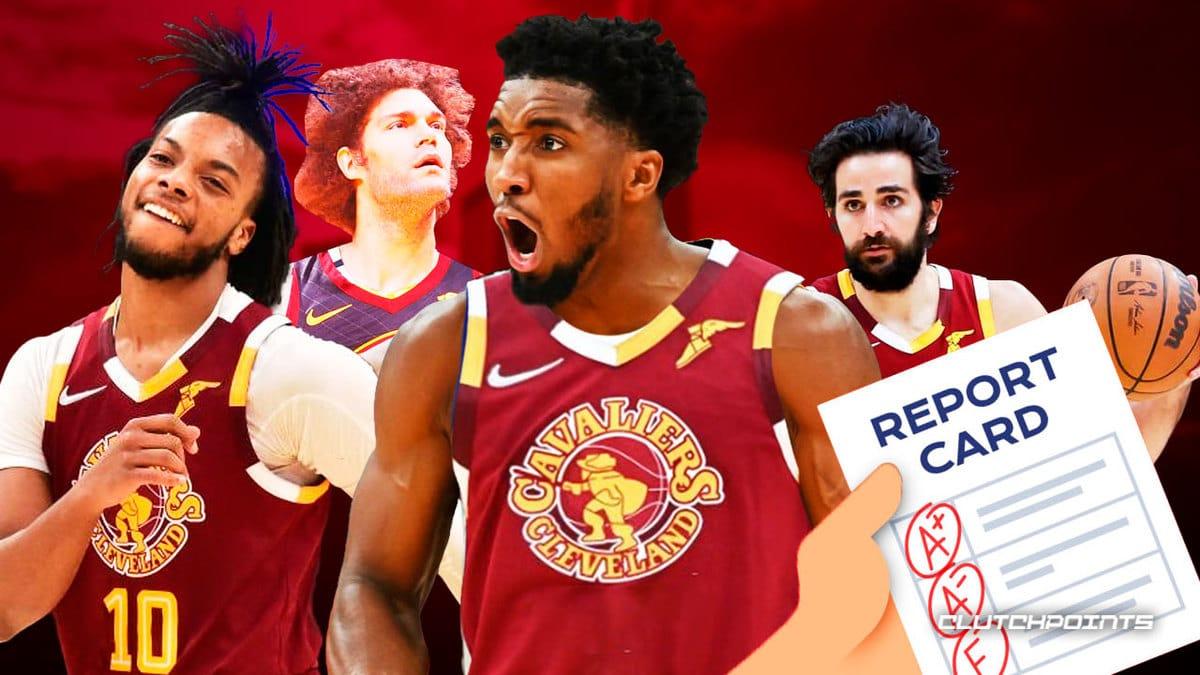 The Cleveland Cavaliers entered the 2022 NBA offseason with very few options. The Cavs carried a somewhat full cap sheet, with many big contracts that frequently belied their status as a rebuilding club in the post-LeBron era. Still, a lot of action took place in the Cavaliers’ offseason, especially today after the Donovan Mitchell trade.

The Cavs entered the 2022 summer in a different way compared to prior seasons. They just missed the playoffs by a hair yet finished with a winning record in 2021-22. Nonetheless, their options were constrained by the contracts they had already distributed. This season, Kevin Love, Jarrett Allen, Lauri Markkanen, and Caris LeVert all have contracts worth at least $16 million.

Markkanen, of course, was part of the Mitchell deal, so he’s out.

Speaking of the Mitchell deal, how does that affect the Cavaliers’ offseason maneuvering? In fact, how did the Cavs do with so few resources and options?

Agbaji was a low-risk pick for the Cavs at No. 14. He was the only player left on the board who could come in right away and contribute to the team’s success. His game as a solid defender and clutch 3-point shooter should transition rather well to the NBA. Every NBA club requires a player with Agbaji’s skill set, and the Cavaliers were desperate for wing assistance. Now, however, they’ve packaged him in the Mitchell deal, and the Jazz will see what they have with the Kansas product.

The Cavs also selected Isaiah Mobley, younger brother of Evan Mobley. Isaiah was a late-round selection, so it would not have been surprising if he went undrafted on Thursday night. He does have some strength in his game, though. He’s a good passer and shooter. In fact, he hit 36 percent from three-point range in college. He is not as athletic as Evan, though he is also a pretty solid defender. The younger Mobley will likely not see much action for the Cavs, though.

Not a bad draft overall, and it gave the Cavs the asset they needed to complete the Mitchell deal.

The Cavaliers needed to address two main areas during free agency. They needed a backup point guard and a backup center. As such, they signed veteran point guard Ricky Rubio to a three-year, $18.4 million contract and added center Robin Lopez to a one-year veteran minimum deal.

However, because Rubio is still rehabbing from a torn ACL suffered last December, the Cavs were forced to use another free roster space to sign point guard Raul Neto to a one-year contract. He helps fill the backup point guard need behind Darius Garland until Rubio can return.

Perhaps their biggest free agency move, though was signing Garland to a five-year, $193 million contract extension this offseason. This was a critical ticket item on their list, and they had secured their man. Of course, another big to-do was left on that same list negotiating Collin Sexton’s contract. They tendered a qualifying offer to Sexton before the start of free agency, making him a restricted free agent.

As of today, however, Sexton is no longer on the Cavs. He was one of the central pieces in the Mitchell deal, and as part of that trade, Sexton signed a four-year, fully guaranteed $72 million contract with the Jazz.

All these moves addressed the roster’s core gaps and more importantly, freed the Cavs from prolonged contract negotiations.

There is no doubt that the Cavaliers have improved as a result of acquiring Donovan Mitchell. It’s a risk, sure, but one that seems worth the cost.

In 2021-22, the Cavaliers had three lineups that played at least 40 minutes together and had a net rating of +15.0 or higher. Two of them featured Lauri Markkanen. The lineup of Ricky Rubio, Darius Garland, Markkanen, Evan Mobley, and Jarrett Allen combined for a +40.6 on the season. They only played 41 minutes together in 13 games, therefore the sample size is modest. But it was effective. It was quite effective. And it’s now gone.

Markkanen is obviously a huge loss, especially after showing promise in the FIBA Basketball World Cup Qualifiers with Finland. Still, getting a three-time All-Star should make the team better.

Mitchell, of course, is an excellent scorer. You don’t become a three-time All-Star unless you’re incredibly potent, especially in the West.

Are there concerns about his fit with backcourt partner Garland? Sure. It’s a small backcourt that will probably not defend at an elite level. But that’s also why you keep Evan Mobley and Jarrett Allen up front. Their combined length and athleticism should cover any initial mistakes on defense.

Remember again that the Cavs entered the 2022 NBA offseason with few options. And when you can go out and obtain a third All-Star your team? Of course, you go ahead and do it. The Cavs are loaded, and they should compete for home court advantage in the East. The materials are all there, and so is the window of opportunity.

The extension for Garland was unavoidable, and the Cavs correctly brought back Rubio, who did so well for them last season before injuring his ACL. Lopez should be a solid backup big.

Before today the Cavs actually had a relatively quiet offseason, but they shattered all notion of that by snagging Mitchell. Overall, they have a young, talented, and promising core that’s hungry to make the playoffs and then some. They have three bona fide All-Stars, too. How many East teams can say that right now? Things are looking on the up and up in Northeast Ohio.