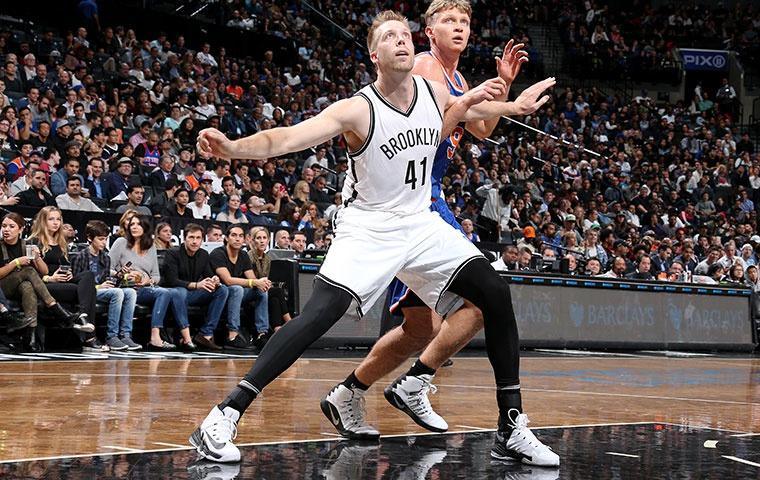 Since LeBron James has graced the Cleveland Cavaliers with his return they have been searching for two things; young players and a true big to man the paint. The answer may have been waiting for the Cavaliers to give him a call the entire time.

Justin Hamilton the 27 year old center out of Louisiana State University has bounced around the NBA since his debut in 2014. He got his first chance to see the hardwood for the then Charlotte Bobcats during a 10 day contract but never got another shot for the team. In the same season he got his second chance to play in the NBA and his first chance to play with LeBron James when the Miami Heat picked him up. Hamilton appeared in 7 games for the Heat and averaged 9.7 minutes a night. He survived on the Heats roster into 2015 and appeared in 24 games and started five he was then traded to the New Orleans Pelicans and waived.

Clevelands chances of bringing in Justin Hamilton couldn’t be better the 27 year old center has been looking for a permanent home in the NBA since arriving. Adding in the fact that the current iteration of the Cavaliers have been searching for a player that is exactly what the seven foot center is it makes it the perfect pairing. Hamilton who is currently looking to play in China this season would be thrilled to take the minimum of $1,524,305 which continues to reinforce the fact that the match between Cleveland and Hamilton is perfect.

Hamilton who thus far has been nothing but a journeyman in the NBA could slid into the second or third roster spot behind centers Tristan Thompson and Edy Tavares. His skill set also compliments that of Thompson and Tavares who aren’t exactly the greatest of shooters and though Tavares has the size that Hamilton posses he doesn’t have the amount of NBA experience that he has. Hamiltons career shooting percentages are 30.9% from the three, 56.0% from the two, and 79.8% from the free throw. Excellent percentages for a big man who’s main role will be to keep Tristan Thompson and Kevin Love off of the court as much as possible in the regular season. He is also just hitting his prime and LeBron James tends to have this profound effect on his teammates which elevates their level play to places that most fans and analysis would have considered out of their reach.

If the Cavaliers do decide to pursue Justin Hamilton he will provide the team with good, possibly great depth in the front court. He has the potential to develop into a great role player who can be a two way player. Something the Cavaliers have been craving for the last four offseason and versatility at the center position that we haven’t had. His ability to stretch the floor and defend the paint is something that we only see glimpses of with Kevin Love and Justin Hamilton has the potential to develop into a full time two way center.