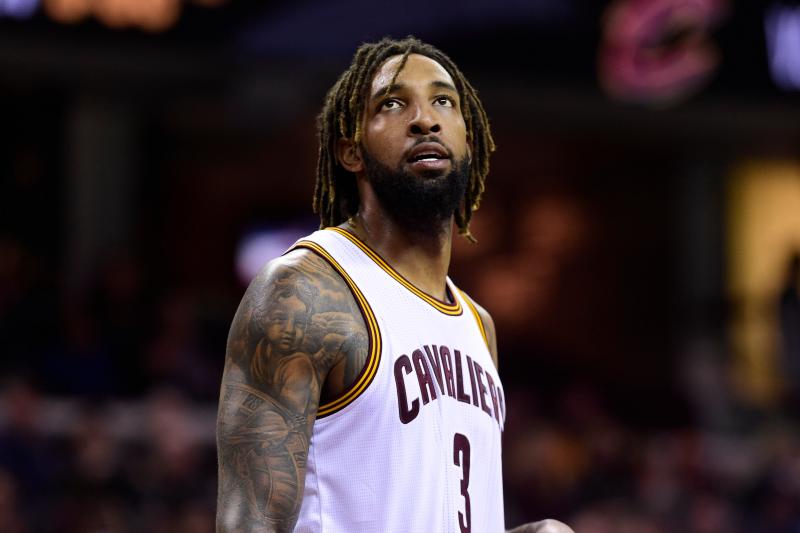 With a new season comes the potential for familiar faces to come back into the fold. The Cleveland Cavaliers are still adding to their bench, but may not have to look far for their final piece going into next season.

Derrick Williams was one of the more exciting players coming out of college. The former Arizona Wildcat averaged 17.8 points per game and 7.8 rebounds per game, with those numbers jumping up to 19.5 PPG and 8.3 RPG which was enough to convince teams to take a shot on him, especially as a lottery pick. Not just any lottery pick though, as Derrick was taken 2nd overall.

Derrick Williams has had quite the journey in the NBA, experiencing many different teams and trying to find one he would stick with. After being selected by the Minnesota Timberwolves, he would be traded to the Sacramento Kings halfway though his rookie deal. Once a free agent, Derrick ended up spending time with the New York Knicks and the Miami Heat before being waived in early 2017. This allowed him an opportunity to join several teams that were vying for his services, but he chose to forfeit money to join a contend. He signed with the Cleveland Cavaliers on a 10 day contract, giving him a chance to prove himself and that he could compete with the best.

Cleveland tried him out on a couple 10 day contracts and saw his upside, deciding to re-sign him for the rest of the 2016-2017 season. In his short time with the Cavs, his numbers proved acceptable, but didn’t tell the whole story. Through 25 games played, he averaged 6.2 PPG and 2.8 RPG with the team. Look deeper in the stats and you’ll see that he averaged a respectable 13.2 points and 4.8 rebounds per 36 minutes played. The latter set reveals what his true potential was in just a short time with the wine and gold. While 13.2 may not seem like a lot on the surface, it’s actually more than a solidified Cavs bench player like Richard Jefferson put up last season (10pts/4.5trb). Even more promising is a 3PT% that shot up to a career high of .404, which would help indicate that his time with the team has developed his game in such a short timespan.

Derrick Williams biggest obstacle at this point in his career seems to be that of becoming a solid role player. He’s proven he can roll when the moment calls for it, but is very rough around the edges based on his inability to gain minutes come playoff time. If given another year to mesh with the other players; Derrick’s natural athleticism, size, and instincts would serve him well with the Cleveland Cavaliers. He also has great cutting ability, above average defensive skills, and the ability to convert an oncoming pass into a lob quite easily. While primarily being a PF his whole career, he can spell both the 3 and the 4 off the bench, allowing for some creative uses alongside other Cavs starters and bench players. Wrap all these things together, and Williams looks more and more like the type of player that is fit for the modern NBA. He is currently a free agent.

With the team looking to get younger in any way possible, Derrick Williams could be just the spark plug off the bench that they desire for years to come.