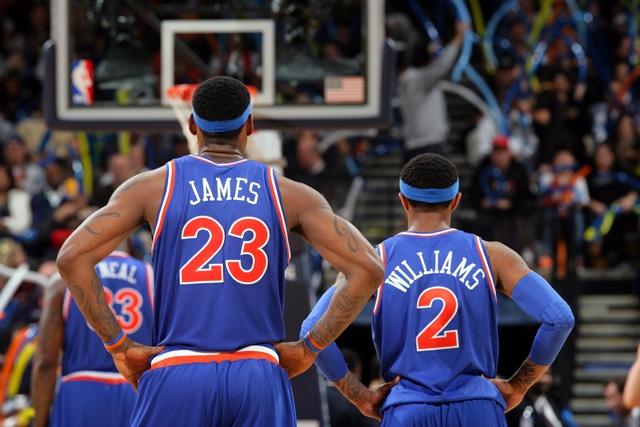 The Cleveland Cavaliers, after suffering a pair of devastating injuries, showed the apparent need for a scorer and creator in the NBA Finals. It seems that there could be an option for them available soon at the point guard position.

Former Cavaliers guard Mo Williams, who played almost three seasons with the Cavs from 2008-2011, is reportedly ‘more than interested’ in making a return to the Cavs, and not only for the next season. Williams also apparently would like a multi-year deal with the Cavs, one that would put the 12-year NBA veteran at a point near retirement.

The Cavs however, also have to deal with free agents LeBron James, Kevin Love, Tristan Thompson, Iman Shumpert, J.R. Smith, and Matthew Dellavedova on top of all of that. In the end, Cleveland is expected to have either the mid-level exception or the veteran’s minimum to pay Williams.

According to Chris Haynes of NEOMG, the Cavs and Hornets are the top two teams on Williams’ wish list.