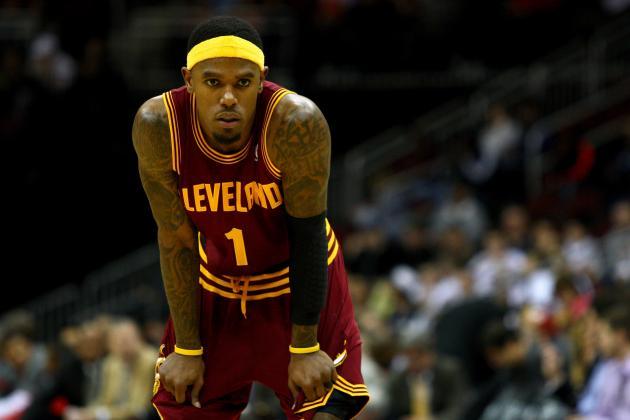 It’s not uncommon for many NBA players to have some minor side careers in the rap game. Some well known players have actually done so like Shaquille O’Neal, Chris Webber and even Damian Lillard.

Now, news has come out that a former Cleveland Cavalier is leaving the NBA for a career in rap, and he goes by one of the best and funniest nicknames in basketball: Daniel ‘Boobie’ Gibson.

“Gibson joined Power 105’s “The Breakfast Club” radio show in New York City Friday morning to announce he was leaving the NBA to pursue a career as a rapper.

To be clear, Gibson hasn’t played in the NBA since a stint with the Cavs during the 2012-2013 season. Thus, some people on Twitter are suggesting the NBA actually quit Gibson before he could quit the NBA.

‘I’m gonna give up my NBA career to start rapping,’ Gibson said on air. The response from ‘The Breakfast Club’ host Charlamagne Tha God was somewhat comical:

‘Who you think a better rapper, you or Birdman?’ Charlamagne asked Gibson.

Gibson then dropped some lyrics that were more of a spoken word: ‘My biggest competition is reflection.'”

Gibson played seven seasons in the NBA, all with the Cavaliers, from 2006-20013. He finished with career averages of 7.8 points, 2.0 rebounds, and 2.0 assists in 397 career games. He had a career high 31 points against the Detroit Pistons in the Eastern Conference Finals clinching Game 6.