Forget Making It Rain, Take It Right Down The Lane 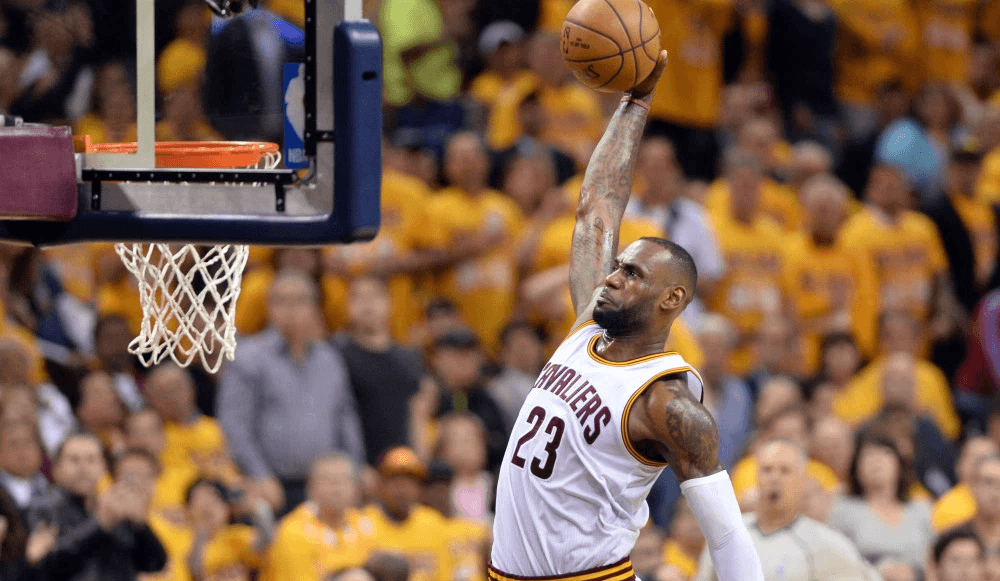 When the Raptors started Game 1 of the Eastern Conference Finals on Tuesday night with a 9-2 run, the ‘rust not rest’ phrase started coming to mind. Cleveland stood back and took a few jabs from the Raps watching them go out to a 9-2 lead to start the game, before they turned on the heat and threw back a killer blow. The Cavs hit the Raptors with their own 22-11 run in the first, but did so in a way that Toronto was not expecting.

After watching the Cavaliers dismantle the Hawks and Pistons with the deep ball, it was clear the Raptors made it a focus point to get after Cleveland at the three point line. Toronto forgot just one thing, to guard the rest of the floor.

LeBron James and the Cavs went to work in the paint on Tuesday night, shooting a ridiculous 68% from the floor in the first quarter, going into the break leading 33-28. Cleveland attempted just seven triples in the first half, going 4-for-7. Cleveland made just seven three’s for the entire game, going well below their playoff average of 16.8 per night. Clearly, Coach Ty Lue had made a change to the offensive strategy and it paid off in spades.

On Tuesday morning while facing the media at Cleveland Clinic Courts, LeBron James said this: “We’re a balanced team, not perimeter-oriented. We work all facets of the game, both in the paint and on the perimeter.” He tried to give Kyle Lowry and the Raptors a hint, before savagely dismantling them.

LBJ made his first NINE shot attempts, every single one of them came from within the paint, eight within the restricted area. LeBron made the key his own, turning the clock back and electrifying the crowd with a couple rim rattling dunks, enjoying every second of the new game plan to attack the rim. James ended the game with 24 points, shooting 11 for 13 from the floor (in just 28 minutes), but was outdone on the score sheet by his hot shooting point guard.

Kyrie Irving has put on a show so far in young playoff career and was determined to continue his hot shooting streak. He was the best point guard on the floor through the first two series and is seeming to be defending that title again against the Raptors. Kyrie went 11 for 17 from the floor, attempting just 3 shots from beyond the arc. He mesmerized the crowd (and his opponents) with his handle, leading him to “get buckets” right at the rim.

Cleveland’s offensive outburst at the rim all started with their defensive efforts. They held the Raptors to just 42% shooting, including 20% from deep (5-24). Toronto was forced to take contested shots for most of the night, and once Cleveland had achieved that goal they were also stingy on the boards. The Cavs allowed the Raps just four offensive rebounds and four second-chance points for the entire night.

This propelled Cleveland into transition with great ball movement and early offense. The result was the Raptors scrambling to find their matchups for most of the night, and before they’d realized what had happened somebody was sending the crowd into ecstasy with a thunderous slam dunk. Cleveland were relentless with their attack on the rim, something that the Raptors had clearly not prepared for.

The Cavs made seven-of-nine shots in Game 1 between 24 and 22 seconds left on the shot clock, clearly executing on the fast break. Against the Hawks, they made seven shots on 15 attempts in the entire series. Cleveland also made just 14 field goals per game (56 total) within 10 feet of the basket, but against Toronto in Game 1, they’ve already made 26 shots within 10 feet.

Cleveland dominated just about every number on the stat sheet, the margin in which they did so was jaw dropping. The Cavs led the battle of points in the paint with a commanding 56-36 tilt, the Cavs also outrebounded the Raps 45-23. Holding any team to 23 rebounds in an entire game is unbelievable, let alone a Conference Final playoff match-up. (Since 1983 only 16 teams have won a game of NBA basketball with a total of 23 rebounds or less, only two of those were playoff games, and it has never been done before in a Conference Final).

Coach Tyronn Lue’s adjustments to each series has been the difference in winning and losing. He now joins Pat Riley as the only other first year head coach to start his playoff career 9-0, winning most of the games in a dominant way. Now that the Raps have seen the Cavs dominate games with the deep ball and an inside game, their coaching staff must be in somewhat of panic trying to figure out the game plan for Game 2 on Thursday night.

The adjustment to attack the paint was something we didn’t see coming, so the question has to be asked. Whatcha got next Coach Lue? 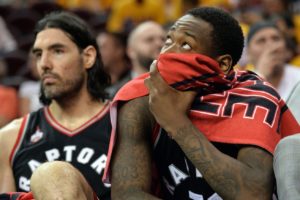 JUST IN: Terrence Ross Does Not See Cavs As Super Team That Is To Be Feared
Related TopicsCleveland CavaliersNBA PlayoffsToronto Raptors