For Every Point He Scored In The Finals, Kyrie Irving Gave Away As Many Sneakers To Youth 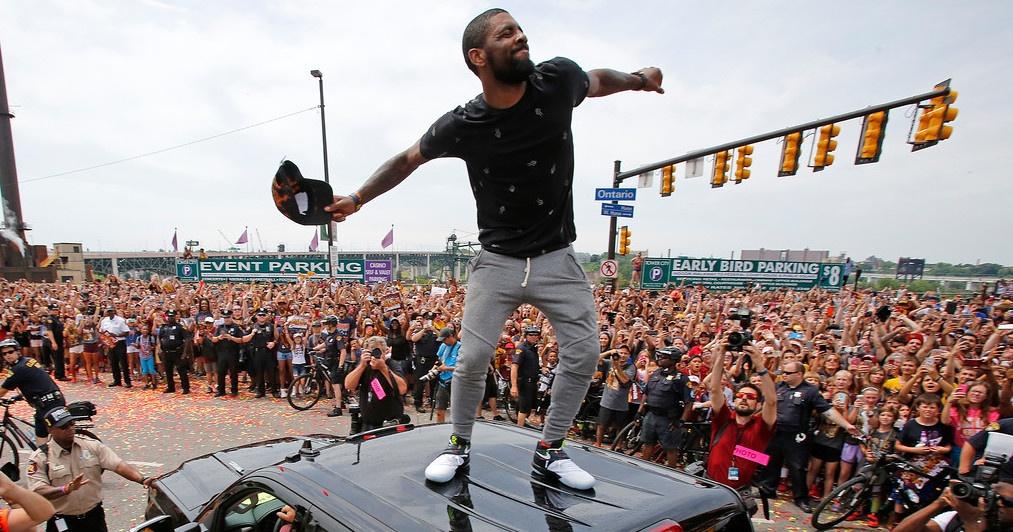 Kyrie Irving’s dagger three pointer in the deciding game of the recently concluded NBA Finals stood for more than just the go ahead basket in the closing minute of the game. Apparently, it also meant that three more pairs sneakers were added to a future goodwill gesture.

That particular act of sharing happened just recently, on the same day as Irving’s basketball camp for Grade 1-12 kids, in partnership with Foot Locker, per Nathaniel Cline of Cleveland.com.

One hundred ninety pairs of Kyrie Irving signature shoes with Nike left Independence High School’s Field House and will be worn by children at the Boys & Girls Club of Cleveland.

Each pair of shoes valued around $100 represents the number of points Irving scored during the NBA Finals en route to the Cleveland Cavaliers winning their first world championship.

Irving scored 27.1 points per contest over seven intensely fought finals games; a generous rate in preparation for his sneaker giveaway. For more on the event, watch Irving’s presser below.