For Cleveland: Why we Bleed Wine and Gold 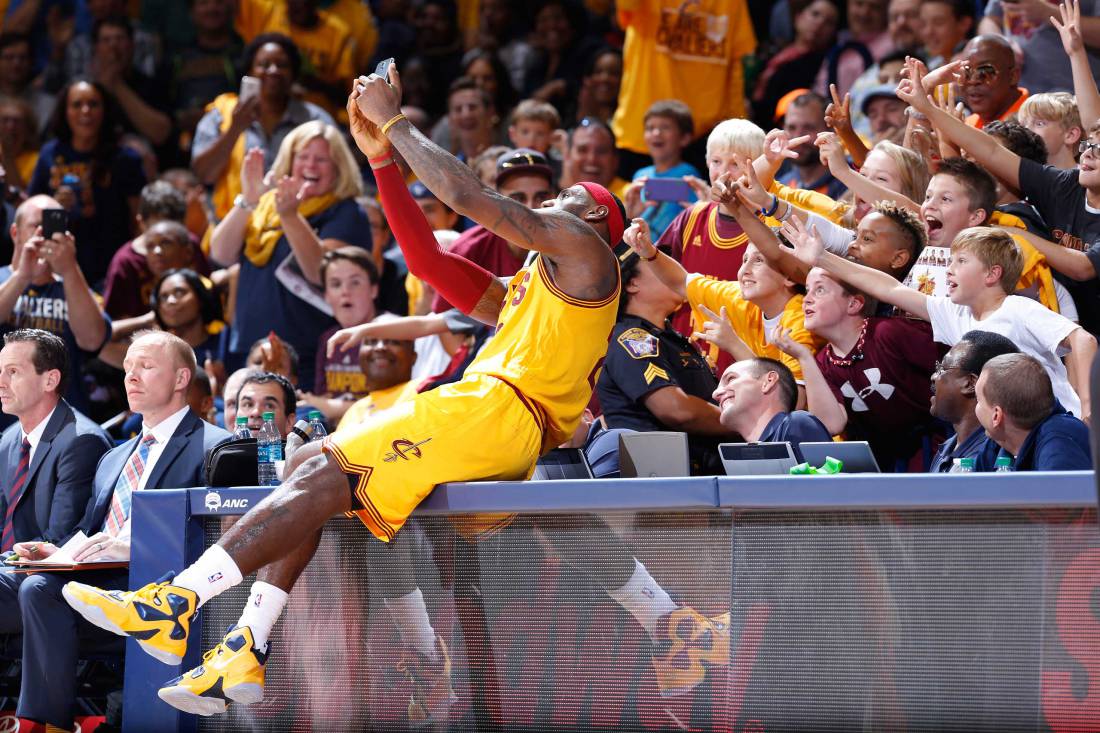 I tend to write about how the Cavs could do better, what sort of upgrades they could sign or trade, who are the real threats to our title chances and what are the biggest weaknesses. I tend to not focus on the positive aspect of the Cavs, how we’re lucky to have a living legend leading the team, how we’re a top four team in the league with a real shot at winning it all; Sure, my specialty is analytics and because so my pieces tend to be focused on improvement, performance and statistics, but yet I still feel that my pieces are generally critical. I just wanted instead, just this once, to take time to just talk about why I love the Cavs.

My love for this team started all the way back in 2002. I was seven years old at the time and I could have cared less about sports. I was a pudgy kid, no hand eye coordination at all. I was the last pick in sports, and if I was ever asked what position I wanted to play, no matter the sport, I’d say QB, because that was the only position I knew and everyone else seemed to want it. I didn’t know anything about sports, couldn’t tell you the difference between football, basketball, any other sport with a ball for that matter. So when my dad called me into the TV room to show me something, and I always knew that was going to be sports, I really did not give a damn.

I walked into the TV room that faithful Thursday afternoon, assuming that ESPN would be on or some nonsense, my dad would try to attempt to bond with me over something, I’d sit there for a minute, nod my head and then I’d get to go back upstairs and try to finish another level of Super Mario. Instead when I walked in however I saw super grainy, poor quality footage of what looked like a YMCA gym. TY quality was bad back in the early 2000’s, but I distinctly remember this being REALLY bad, I thought he must have been watching a video of a friend or something, turns out it was local access television, but I came in a prepped my usual “dealing with dad” routine.

My dad was glued to the TV. This wasn’t a case of him watching some old movie where he might just doze off, he was watching this like it was his job. Once the play finally stopped he turned to me and said “watch this kid, number 23. I’m telling you right now he’s going to be the real deal.” Little did I know that day I was watching LeBron James ball out on the Irish.

I started to get sports around age ten, LeBron had been drafted, and everyone in Cleveland knew his name. He was the wonder kid, by this point people had already started calling him “The King” though that title would really be bestowed upon him after he beat the Piston’s in the 2007 Eastern Conference finals, dethroning “The Prince in the Palace” Tayshaun Prince. I started to figure out Basketball. I tried to figure out sports, not really to make my dad proud, but it always seemed like the kids on the playground were talking about “national championship” this and “grand finals” that so I needed to find something to agree on. I tried watching the World Cup that year, but soccer was just so slow that I couldn’t get into it (even now while I live in the UK, a Soccer mad nation, I could really care less, I’m banned from making comments while my friends watch it, apparently I’m just a little too uninformed American for them) and football just was not my cup of tea. I wasn’t rabid like I am now back then, but I decided that if Cleveland was going to be good at basketball, I guess I should know a little.

I remember laughing at Daniel Gibson’s nickname (Boobie, heh it still makes me chuckle) getting to yell “Z” every time Z made a big dunk. Mo Williams was the reason I watched The Godfather for the first time, but during LeBron’s first tenure with the Cavs, I couldn’t tell you much about more than who our starting five were. I remember going to games. One of my friends dad’s once took us on his work tickets and I got to sit courtside. I caught a Taco Bell ball, and after the game got it signed by the whole team. I still have that ball sitting in my room, almost taunting me with the value I wouldn’t learn to appreciate till much later in life. I remember game six of the Eastern Conference finals, confetti falling from the rafters, the arena being larger than life, it was almost impossible to comprehend, and I had nothing to compare to it until last year’s sweep of Atlanta, and even then that didn’t feel the same. I remember getting mad at Charles Barkley when he said that San Antonio was going to dominate the Cavs in the 2007 finals. Most of all I remember this shot. 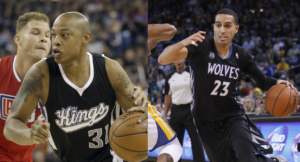 JUST IN: Five Buyout Options For The Cleveland Cavaliers