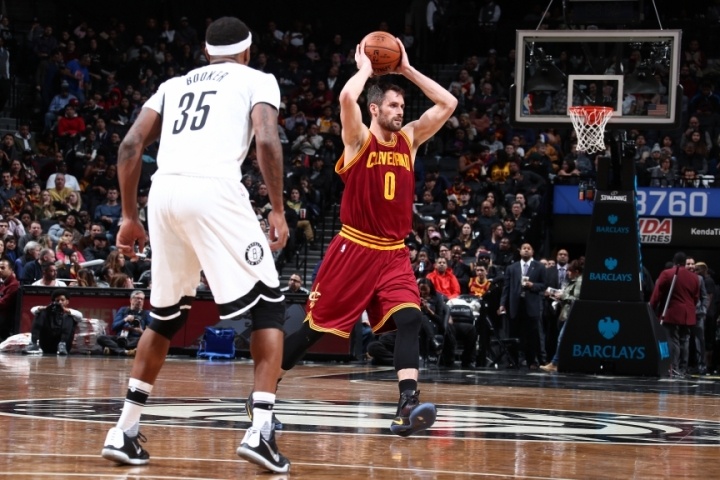 In what might be the greatest opportunity to bounce back from a pair of painful weeks of basketball, the Cavaliers are slowly capitalizing on issues they expect to solve while exposing the short-handed Nets at home tonight. However, their struggles on both ends of the floor from the stripe to the paint have continued to hinder progress. The Nets, who have the second most turnovers in the NBA, were winning the turnover battle 3-4 in the 1st quarter until the Cavs edged it to 6-4 by the end of the half. No Brook Lopez, yet the Cavs lose the paint point battle in the first half. Clearly, there’s still work to do, and an eight-point lead has never felt this underwhelming.

Anticipating passing lines and contesting shots at the rim require effort. It’s not like that hasn’t been a focus, as LeBron James continues to play the highest minutes/game at the age of 32. However, whether it’s the lack of bench composition or performance, the Cavs aren’t getting enough. Coach Lue has tried a number of ideas with increased minutes for Kay Felder, Jordan McRae and even James Jones, but the imbalance in lineups has forced the Cavs to show to many weaknesses in areas they should be exploiting. With two top-tier penetrators, facilitators and finishers in James and Kyrie Irving, the Cavs shouldn’t be losing the battle in the paint or beyond the arc.

At this point, the Cavs need easier shots, and we know how they do that best. With James leading the way in impact with +13 BPM, look for the King to aggressively look for his teammates and elevate their game to hold off the Nets.

The Cavaliers are in a rut. After losing six of their last eight games, they look to possibly turn things around at home against the Brooklyn Nets, who have only won one game out of their last fifteen. The Nets enter tonight with a season record of 9-36, worst in the entire league. This will mark the third meeting this season between these two teams: on December 23rd, the Cavaliers won 119-99 and on January 26th, the Cavaliers on 116-108.

On offense, the Nets play with pace, and always look to attack the basket. While averaging the most possessions per game – 104.1 – they average a league-high 34.8 drives per game, resulting in 22.7 points per game. While they are just 22nd in the league in assists, they still average the fourth most passes per game at 321.4. When they aren’t driving inside, they look to shoot with range – averring the third most three point attempts per game at 33.0. Despite their reliance on shots beyond the arc, they have the fourth worst three point percentage in the league. 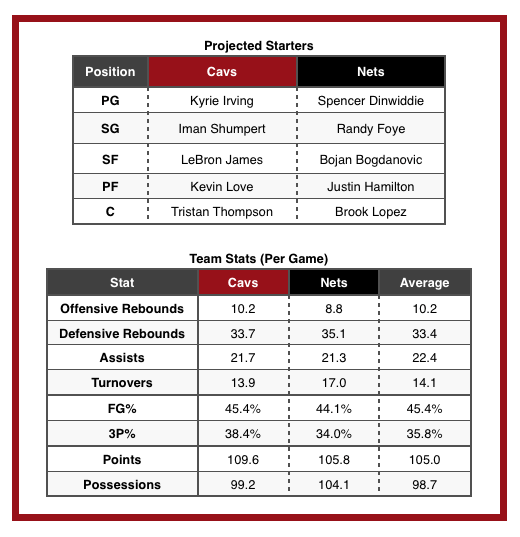 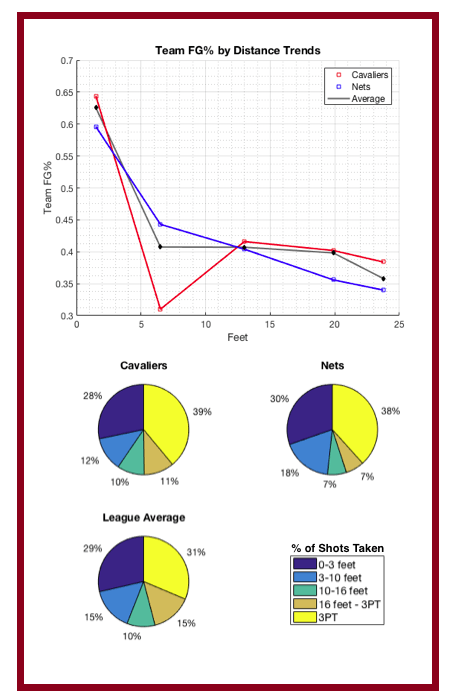 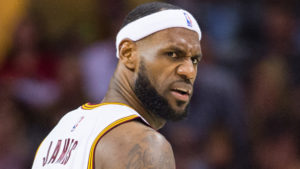