Five Reasons Why Fans Should Not Worry About The Cavs 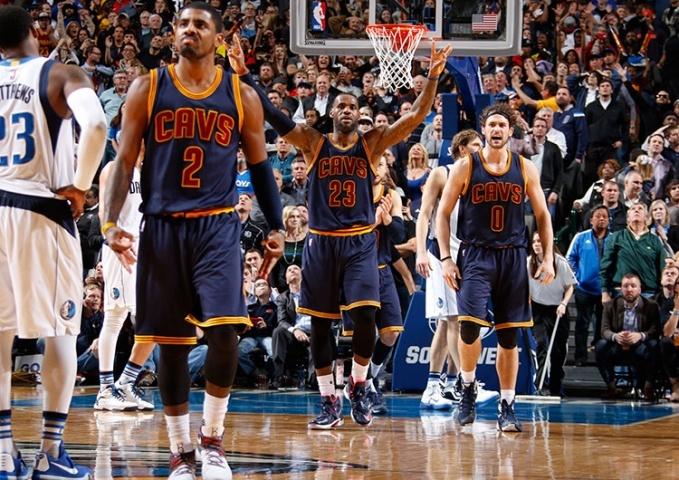 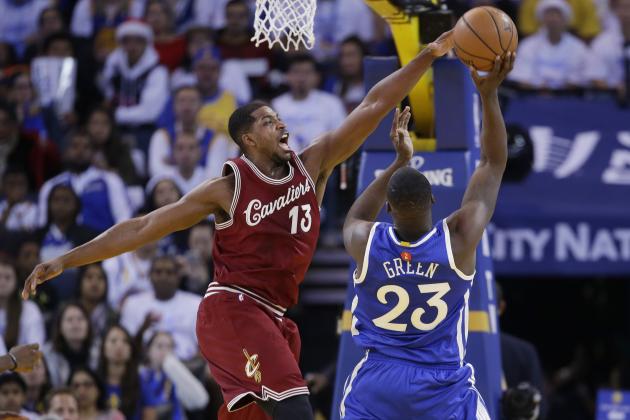 The Cleveland Cavaliers are in a prime position in the Eastern Conference and also in the entire NBA. They currently own a record of 28 wins and 11 losses through 39 games of the 2015-2016 NBA season. Any team would be happy with that record and winning percentage through almost the halfway point of the season. For some perspective, after 39 games last season, the team had a record of 19 wins and 20 losses.

Outside of the 34-point beating put on them by the defending champion Golden State Warriors, the Cavaliers have looked absolutely amazing out there. They have won eight of their last 10 games. They also just completed a six-game road trip where they finished with a 5-and-1 record in which they went 2-of-3 against the “Texas Triangle”, with the sole loss being handed by the San Antonio Spurs.

On that note, here are five reasons why fans should not be worried about the state of the Cleveland Cavaliers.

Reason #5: The steady presence that is Tristan Thompson.

This year Thompson is proving that he is worth the money with his hustle and rebounding, especially off the offensive glass. He is averaging 7.6 points per and 9.4 rebounds per game so far this season but his true value go beyond the numbers. He has recently been starting at center and has been making a significant difference in the play of the team overall. His ability to quickly slide down on defense is very important when defending quicker paced attacks by the opponent.

Another amazing thing that Thompson brings to the court is his mere presence, literally. He is now the NBA’s leader in most number of consecutive games played among active players and that speaks a lot about his discipline and commitment – two things that are definitely championship ingredients.

Click “Next” to see the 4th reason why fans should not worry about the Cavs! 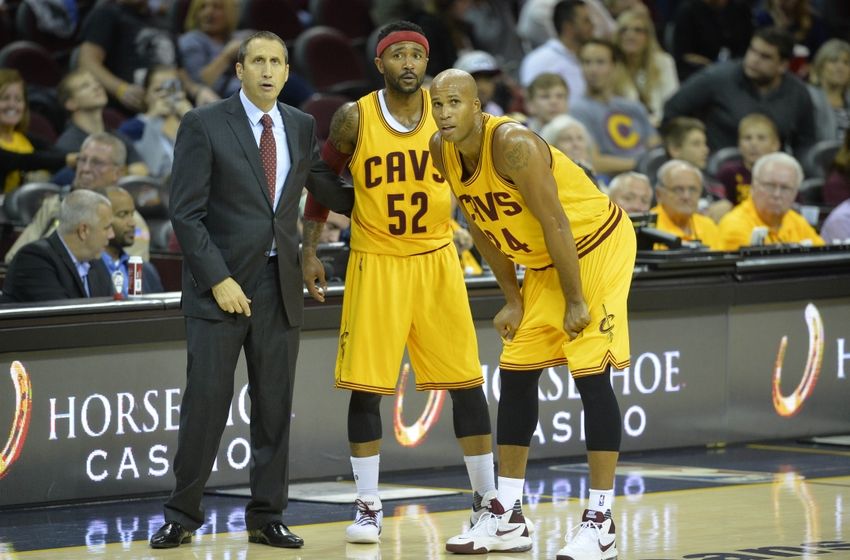 Reason #4: Veterans like Mo Williams and Richard Jefferson are getting minimal playing time.

This might sound a bit odd. How is this a good thing? Well, Mo Williams and Richard Jefferson are seasoned NBA veterans who could easily be inserted into any lineup and instantly contribute. Sitting them only speaks well about the Cavs` depth and have they are currently enjoying the privilege of hiding a few cards up their sleeve lineup-wise.

Mo Williams started some games this year in Kyrie Irving’s absence but has since seen his minutes dramatically dwindle. Meanwhile, Richard Jefferson has been used sparingly this season so far. However, he has proven to be a viable kick out option when on the floor. These guys both can put the ball in the basket and provide clutch minutes for the Cavaliers down the stretch. Look for head Coach David Blatt to incorporate both players into the Cavaliers’ rotation as this season progresses.

Click “Next” to see the 3rd reason why fans should not worry about the Cavs! 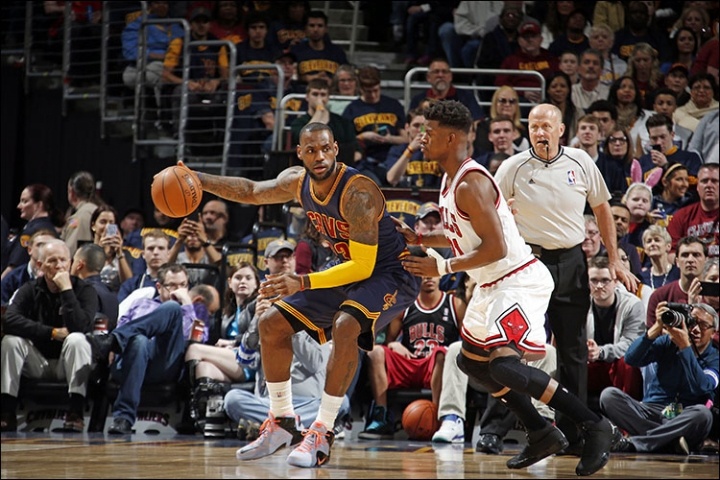 Reason #3: The Cavaliers are still the undisputed kings of the East.

The Cavaliers currently own a stronghold of the top spot in the Eastern Conference standings. This was expected from the get-go as Cleveland is simply too strong to not come out of the East. No disrespect to those teams in Chicago, Atlanta, and Toronto but the Cavs are simply in a different level this season. Even though the players won’t admit it themselves, which is a good indication of their maturity, but they are expected to cruise all the way to the dance in June. The only thing standing between them and a second straight Eastern Conference championship is a major breakdown which is very unlikely given the amount of experience that this team holds.

Click “Next” to see the 2nd reason why fans should not worry about the Cavs! 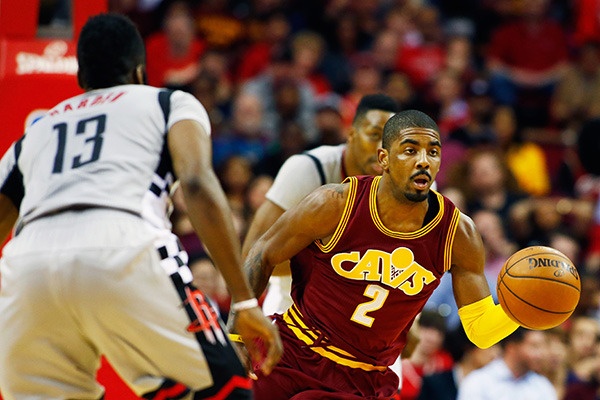 Reason #2: Kyrie Irving is only starting to heat up.

Obviously, Kyrie Irving is a very important part of this Cavaliers team. Mo Williams and Matthew Dellavedova were both commendable in his absence, but now, the Cavs` true floor general is back. Irving is only 23 years old yet he is already considered as one of the best point guards in the NBA – a recognition which Stephen Curry and Russell Westbrook did not enjoy when they were that age. This young man is truly coming into his own as one of the league’s future torchbearers.

Irving is averaging 16.3 points per game, 3 rebounds and 3.8 assists per game this season so far but look for these numbers to increase as his minutes restriction has recently been lifted by coach David Blatt. He is also getting his legs all the way under him and is gaining the feel back for the game as each day passes. Look out, Irving could be the major key in a possible championship run in June.

Click “Next” to see the top reason why fans should not worry about the Cavs! 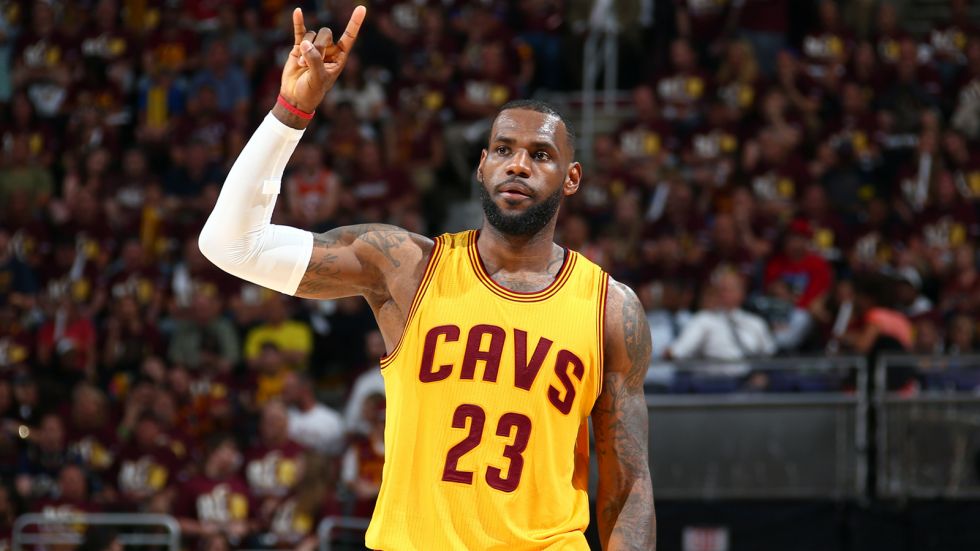 Reason #1: This team has the best player on the planet.

There have been some rumblings about Steph Curry being the best player in the world recently. However, Slam Magazine clearly picked LeBron James as the number one player in the NBA for the 7th straight season.

James is an accomplished two-time NBA Champion and the undisputed leader of this Cleveland Cavaliers team. He is averaging 25.3 points, 7.3 rebounds, and 6.0 assists per game. Those numbers, as good as they look, are below the usual stats that we often see from him. Why the dip? It is because James knows very well, after five straight trips to the NBA Finals, that he needs to conserve his energy for the long postseason grind ahead.