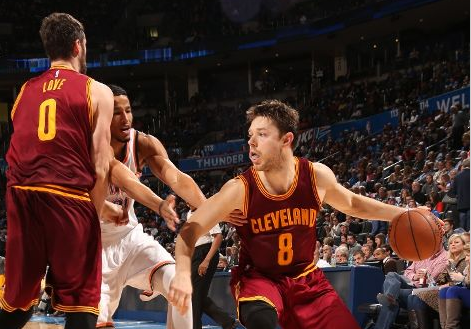 In case you didn’t know, Matthew Dellavedova, in just his 3rd game back from a sprained MCL, played a season high 34 minutes in James’ stead, posting a line of 14 points, five rebounds, and four assists. He knocked down some timely three-pointers, dove for loose balls, and defended Durant in the 4th quarter, holding him scoreless. When Durant was switched onto Irving through the pick-and-roll, he was able to score at will, putting in eight points in the final two minutes. Dellavedova is the backup point guard for Irving, but with his recent performance, one might begin to wonder if starting Dellavedova is an option. With a lineup of Irving, Dellavedova, James, Love, and Varejao, the Cavs can bring Shawn Marion off the bench for LeBron to get some rest. Delly has more than proved his ability to defend and run the offense, so Irving could still be his aggressive self.

Continue to second lesson on the next page! 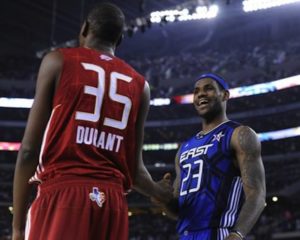 JUST IN: 10 Reasons Why LeBron James Is Better Than Kevin Durant