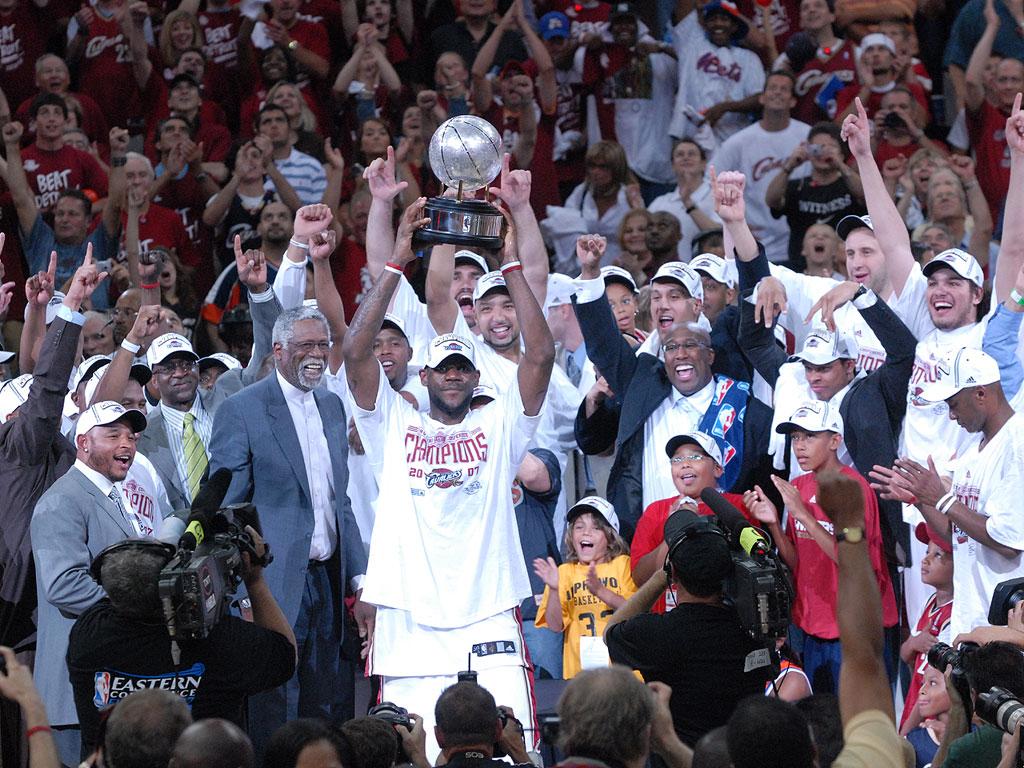 The Cleveland Cavaliers have not qualified for the playoffs or a winning season since 2010. The franchise has never won a NBA title, has 1 Conference Championship, and 3 Division Titles. The expectations of the team were not very high. With multiple off season trades and acquisitions the Cavaliers exceptionally accomplished, these expectations have been lifted. They simply cannot just settle for a winning season to be considered a success. They will have to do much more than that.

Cleveland now with Kevin Love, LeBron James, and Kyrie Irving has some serious expectations with the NBA’s latest Big 3. This team is now under a microscope with basketball fanatics everywhere watching their every move. They have pieced together a solid bench and surrounded LeBron James with weapons of sharp shooting and rebounding toughness. So, let’s just say, that a winning season is reasonable to expect for the 2014-2015 season.

Is this enough? Would just making it to the Eastern Conference Finals be enough? Does it matter who they are playing in the Finals?

{adinserter 2} Even after this off-season, many believe Cleveland still hasn’t earned the crown for the best team in the NBA. Analysts are saying that the San Antonio Spurs are still the team to beat. So if Cleveland plays San Antonio in the finals, the importance of the result might become a tad arbitrary to fans. Expectations will temper within the NBA and remain consistent with the expectations LeBron expressed in his decisive Sports Illustrated article this past summer. If the Spurs don’t make it to the finals, then the ceiling of expectations will likely been lifted again. Everyone would expect San Antonio to out match Cleveland in a best of 7 series but all the other Western Conference teams like Houston, Oklahoma City, Los Angeles (Clippers, of course) would have a much harder time.
So to say whether or not the Cavaliers season was successful will depend on who comes out on top of the Western Conference. It is safe to say though that at the very least Cleveland does need to get to the NBA Finals to be considered a success. At that point whomever is on the opposing side of the court will determine whether or not more needs to be done for Cleveland to be deemed successful.