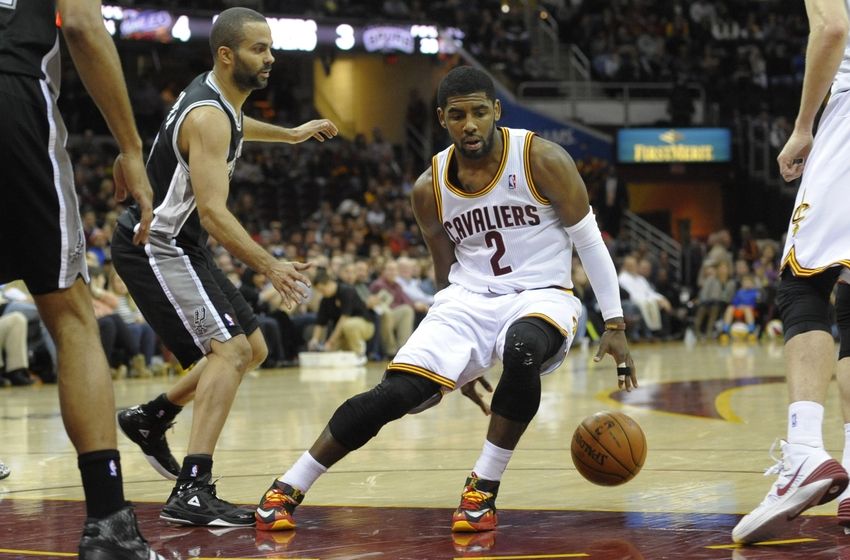 After a rough start in the beginning of their highly anticipated season, the Cleveland Cavaliers are in the midst of a 3 game win-streak and currently stand at a decent 8-7 record, tied for the 6th seed with Lebron’s past home, the Miami Heat. Over the summer, many people doubted the Cavaliers and thought that Cleveland’s Big Three- Kyrie Irving, Kevin Love, and Lebron James- wouldn’t be sufficient for a championship. Nevertheless, the Cavaliers have made significant adjustments on the bench, with the arrival of Mike Miller, Shawn Marion, and a delightful surprise in rookie Joe Harris. While coming a long way from last season’s lineup, the Cavs lack one vital element: defensive versatility.

Unfortunately, due to this void, Cleveland has been paying the price this season with 7 losses against less dominant teams of the NBA (With the San Antonio Spurs as an exception where the Cavs fell short offensively in the closing seconds). Coach David Blatt understands that in order to make Cleveland a consistent winning team, offense won’t be enough. In the offseason, the Cavs were at the summit of the power rankings; but now that we’ve seen their defensive holes exploited and their shooting occasionally falling short of expectations, where and when will the Cavs’ bad habits truly catch up to them? How far can offense actually take Cleveland, and what can the Cavs do to retrieve their offseason expectations?

Even though the Cavs have been recently stepping up their game, their path has been inconsistent. Just by looking at their lineup one can see that they revolve around the offensive side of the court. Many of their players are cherished for their desire to shoot the basketball. The frontcourt duo of Kyrie Irving and Dion Waiters alone contributes an average of 30.2 points this season; but with the addition of Kevin Love and Lebron James leading the backcourt, they’re scoring chances become reliable and organic rather than forced to meet a quota.

{adinserter 2}Moving on, there is no doubt that the Cavs offense is fueled by Lebron James’ performance and motivation. This year, Lebron James is averaging 24.9 points, which is less than last year’s. However, his focus is on moving the ball around, which is evident with his assist numbers climbing back to the highs of his first tenure in Cleveland at 7.2 a game. Now with the brand new team filled with offensive talent, it would be impossible to list down each player’s contribution, but one man who has been leading the headlines is Kevin Love. Many Cavs fans were thrilled to welcome Kevin Love to the wonderful city of Cleveland, but as the season took its turns, controversy eradicated the media and any genuine evaluations of the Cavs’ progress was blindsided by panic. While trying to find his touch on the court during the beginning of the season, Kevin Love has proved that he can successfully blend into Lebron James’ and coach David Blatt’s style of play. He’s currently averaging 17.3 points per game, but there is no excuse to why that number shouldn’t increase. If Kevin Love discovers his role and establishes himself accordingly on the offensive side of the court, there is no reason why that wouldn’t translate to his stats.

In terms of lineup, general manager David Griffin said that he will do anything in his power to make major changes in order to thrive on the defensive end. But even if he makes changes on the side of the bench, will it be enough to sustain the starting five? The real problem many people have been focalizing on is Kyrie Irving’s and Kevin Love’s lack of effort on the defensive end. Both players were used to carrying their teams on their backs, but now that the Cavaliers have developed a more or less experienced team, it is their job to find a more contributing role in order to fit into LeBron James’ style of play. Now, not only do they have to adjust their offensive tempo, but now they are asked to drastically improve their defensive style of play. Kyrie Irving has been changing his offensive style of play and has been dropping more and more assists as the season progresses. After the victorious 109-97 win against the Pacers on Saturday night, Kyrie Irving said some pretty convincing words:

Nevertheless, Kevin Love has been slightly improving on the defensive and has shown us that he is motivated and willing to sacrifice in order to reach that level. Looking at the Cavs as a whole, although they found their pace, it seems that their bad habits will eventually end their winning streak.

Looking at their next three games, the Cavs face the Milwaukee Bucks at the Q on December 2nd, they’ll then head out to Madison Square Garden to take on the New York Knicks on December 4th, followed by another road game against the Toronto Raptors on December 5th. Although Kyrie Irving will not be playing Tuesday night due to an injured right ankle, Brandon Knight, Larry Sanders and others will be missing this game as well. It would have been interesting to watch Kyrie Irving face Jabari Parker, but one player who will be in the spotlight is Tristan Thompson. Although he isn’t a star player on the team, last time the Cavs went against the Bucks this past April, he put on quite the performance. In 35 minutes of play, Thompson scored 18 points off of 5-8 shooting and got 10 rebounds giving him his 34th double-double. As Tristan Thompson gets older and becomes more dominant offensively, it would be interesting to see what he has up his sleeve.

Moving on to the New York Knicks, last time they met in the season opener, Carmelo Anthony spoiled Lebron’s return with a 90-95 win. With Lebron James’ 8 turnovers it was no shock that the Knicks were on top. It is obvious that Lebron James fuels the Cavs, but many people don’t realize to what extent. This season in games won, Lebron has averaged a 52.8 field goal percentage, 30 points, and 8.1 assists. On the other hand in games lost, Lebron has only averaged a 39.9 field goal percentage, 19 points, and 6.1 assists. Its safe to say that he has to put on a show in order for the Cavs to clinch a win against Carmelo Anthony. The last time the Cavs faced the Raptors, they were dropped to a four time losing streak. That night, Kyle Lowry and DeMar DeRozan dropped a total of 53 points, when they usually average a total of 48.4 points. This statistic shows to what extent the Cavs’ defense is utilized. So finally if the Cavaliers keep up the way they have been playing in their last 3 games, they can easily make it through the next 3.
Yet again, even if they do get the next 3 wins, how will they face up against more dominant teams of the NBA such as the Rockets or the Spurs? One thing the Cavs can never be boastful about is there pick and roll defense. With constant failures in switching players during the pick and roll, many teams have been exploiting their fatal flaw. The Denver Nuggets showed the world to what extent they can use the Cavs weakness, in order to get a clear win. This weakness brings up many questions whether the Cavs will be able to lock-down teams who excessively turn to the pick and roll, like the Portland Trailblazers with Damian Lillard and Lamarcus Aldridge.

This whole problem comes back to defense. Although it takes time to adjust, keep your heads up Cleveland fans, because we are bound to improve. 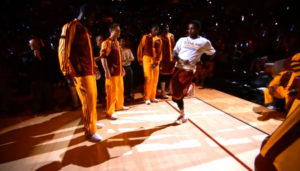 JUST IN: How Far Can Offense Take The Cavaliers?
Related TopicsCleveland CavaliersExclusiveOffense