FA Fishing: How Brandon Bass would fit in Cleveland 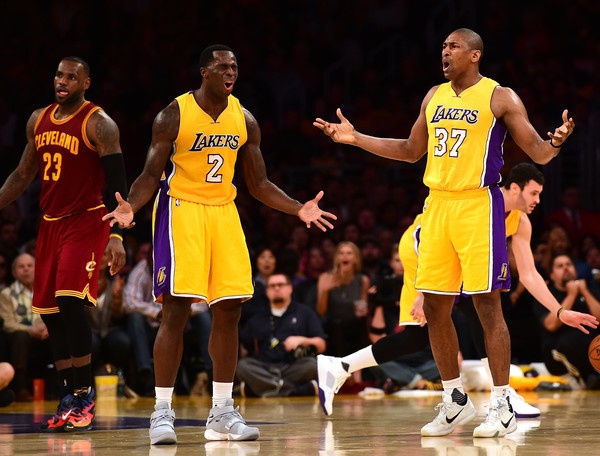 The Cleveland Cavaliers suddenly find themselves thin protecting the rim. With the departure of Timofey Mozgov to the Los Angeles Lakers, the Cavs now have to find bodies to not only fill out their roster, but also find big men who could potentially contribute a chunk of minutes. The Cavs are set to start both Kevin Love and Tristan Thompson, with their only backups consisting of Channing Frye and Sasha Kaun; entering his second season after playing only 95 minutes in his rookie season.

With free agency still in its early days, there are plenty of free agents on the market that can be of immediate help for the reigning champions on their quest to repeat. The Cavs could look at Brandon Bass; a 31-year old 6’8” forward who has a proven track record in the playoffs with the Boston Celtics. Bass is coming off a shaky season with the Los Angeles Lakers, where he played in 66 games and averaged 7.2 points and 4.3 rebounds in just 20.3 minutes per game. However, his presence and talents were an awkward fit for a Lakers team that were in a rebuilding state and wanted to give their young talent the majority of the available minutes.

While Bass will never be mistaken as a shot blocker, his 250-pound frame allows him to be a defensive post presence while also being tough to handle on the glass. Bass has made a nice career earning off his mid-range jumper. He is a career 46% jump shooter from 10-16 feet, which will help him stay effective in the league as he ages. While not the “typical stretch four” the current league covets, there will always be a place for a forward who can consistently knock down the mid-range jumper. Along with his reliable jumper, Bass allows the Cavs to continue to play an up-tempo offensive, as he is also an athletic rim-running forward.

However, after playing his lowest minutes per game and in total since the 2009-2010 season Bass still may not be ready to leave Los Angeles. According to Broderick Turner of the LA Times, “Bass, an 11-year veteran, would like to return to the Lakers if the team wants to bring him back, his agent said”. It remains to be seen if the Lakers have mutual interest in him. If the Cavs show interest and tell Bass he has a role on this team, it would be very difficult for the unrestricted free agent to pass up an opportunity with the defending champions. 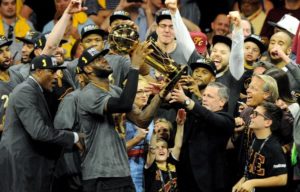 JUST IN: Why Did We Need This?
Related TopicsBrandon BassFree Agency