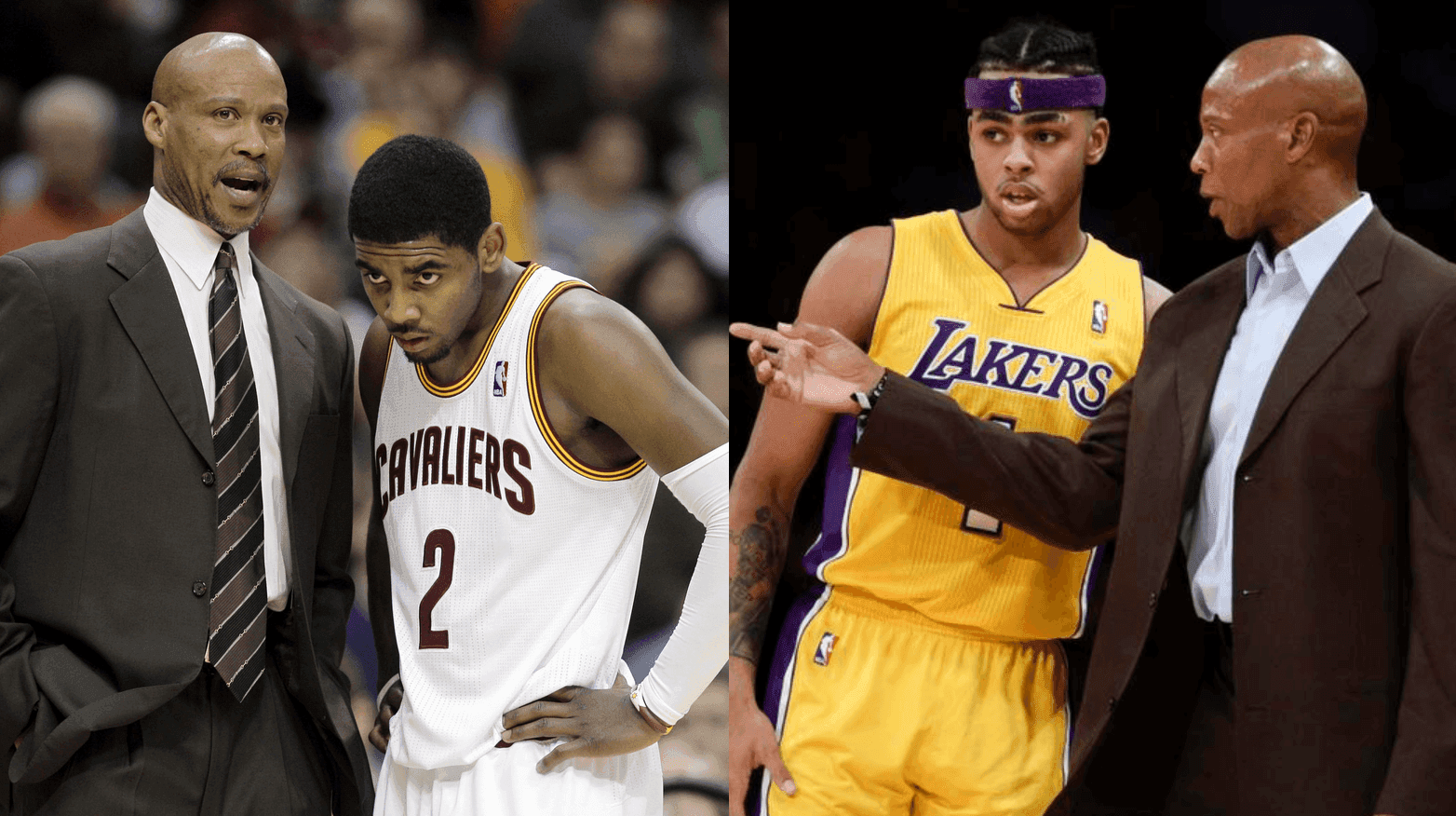 The Cleveland Cavaliers found a gem in the 2011 NBA Draft when they drafted Kyrie Irving with the number one overall pick out of Duke. He had all the right tools to be successful and took full advantage of it in a depleted Cavs’ lineup.

His then-coach, Byron Scott was a big supporter of Irving’s, and is now coaching the Lakers in Los Angeles. With the second pick in the Draft this past summer, the Lakers picked D’Angelo Russell out of Ohio St. University. Early Saturday, Byron Scott talked about his point guard and says that, despite the small sample size, Russell has already surpassed Irving in one aspect of the game.

Byron Scott said D'Angelo Russell is right there with Chris Paul and ahead of Kyrie Irving as a passer when all 3 were rookies.

The Lakers and Russell seem to be going through a tough start to their season, but to say that Irving’s vastly improved passing ability is something that Russell is already better at is a little confusing.