Tristan Thompson and Dion Waiters have both been decent players for the Cavaliers in their careers. With LeBron James back in Cleveland and the possibility of an acquisition for Kevin Love looming, both Dion Waiters and Tristan Thompson need to elevate their games for Cleveland to have a legitimate shot at the title.

In 2011 and 2012 the Cavaliers decided to use their two consecutive 4th overall picks on two players that the front office believed would put them into the playoffs. Tristan Thompson out of Texas was the 4th overall selection in the 2011 NBA Draft. The 2011 draft also saw the Cavaliers select Kyrie Irving number 1 overall. Thompson at the time was rated as an undersized power forward with raw athleticism that could defend fairly well, but his offensive game needed work because his shot was not at an NBA level. The 4th overall selection at the 2012 NBA Draft was the pride and joy of Syracuse, Dion Waiters. Waiters was hailed as an offensive wizard who could not only drive and get to the rim but also shoot from anywhere on the floor and defend both the opposing 1 and 2. He drew comparisons to Dwayne Wade and Chris Grant(The GM at the time) was jumping up and down at the chance to bring Waiters to Cleveland.

So far in their careers statistically, Tristan Thompson has averaged 29.4 mpg over 224 games played with just about 11 ppg, 9 rebounds, and almost a block a game. (http://espn.go.com/nba/player/stats/_/id/6474/tristan-thompson). Dion Waiters has averaged about 29.2 mpg over 131 games played with just over 15 ppg, 3 assists, 2.6 rebounds, and a steal a game (http://espn.go.com/nba/player/_/id/6628/dion-waiters). Not bad for two guys that are both still under 24 years old right? Wrong. Here is where the stats can get ugly for these two. For Tristan Thompson, he is simply awful at the free throw line averaging just about a 63% success rate. Dion Waiters struggles from both the field and the free throw line in his short 2 year career averaging about 42% from the field and 71% from the line, definitely not what a championship caliber squad wants from the starting 2.

Let’s also take a look at Tristan Thompson’s and Dion Waiter’s Player Efficiency Ratings (PER). For those of you who don’t know about Player Efficiency Ratings (PER) it is basically John Hollinger’s method for evaluating players and it takes every stat into consideration with 15 being the baseline for a good player. I URGE people reading this that the Player Efficiency Rating is only one of many tools used to evaluate players and that it only calculate stats, no game footage. For the 2013-2014 NBA regular season, Tristan Thompson had a 15.04 PER which on Hollinger’s reference guide is a “pretty good player”. Now, some of you are probably thinking that since he has above a 15 he has done well. That could be the case, but there are 31 power forwards in the NBA that are more efficient than him according to Real GM Basketball (http://basketball.realgm.com/nba/stats/2014/Advanced_Stats/Qualified/per/PF/desc/1/Regular_Season). I understand that the Cavaliers are close to landing the most highly efficient power forward in the NBA but Tristan Thompson must be better for Cleveland. As of right now he is the best rim protector on the Cavaliers because Love is not known for his defense and Varejao is out of his prime and is exclusively a rebounder. He needs to be more aware on defense and to block more shots. Only 1 block a game from any teams premier rim protector will not take them into the NBA Finals. Cavaliers fans know what he is capable of..

In the 2013-2014 NBA regular season, Dion Waiters had a terrible 14.11 PER according to Real GM Basketbball (http://basketball.realgm.com/nba/stats/2014/Advanced_Stats/Qualified/per/PF/desc/1/Regular_Season). Again I will stress that PER isn’t everything when it comes to evaluating players, but just a mere tool I am using for both Thompson’s and Waiter’s evaluations. How many players are in front of Dion Waiters you may ask? Well, there are 23 other shooting guards ahead of Waiters’ PER and 20 of the shooting guards ahead of him are in starting roles. What does that mean for Waiters from a PER standpoint? It means about 66% of the NBA’s starting shooting guards are more efficient than Dion Waiters and that is not good enough for Cleveland to win a championship. The young shooting guard has however shown moments of greatness..

It’s time for expectations Cleveland. The Cavaliers fan base has sat idly by while LeBron has been to 4 straight titles with the Miami Heat and claimed 2 of them. That time is over, the time for Cleveland to be one of the premier franchises in the NBA is now, and that starts with expectations from the fan base. As fans of the Cleveland Cavaliers it is time for us to start expecting Dion Waiters to hit the open jump shots he so often misses. Expectations for both Dion Waiters and Tristan Thompson need to be elevated because they are 2 huge key pieces in the Cavaliers future plans. Even with the possible acquisition of Kevin Love, Thompson remains the Cavs best rim protector on the team and he needs to start asserting his role as a powerful defender and relentless hustler. He needs to start going 2-2 from the line and not 0-2, he needs to hit that open hook shot when he’s 5 feet away from the basket instead of bricking it. LeBron James has always had that role player in his years with the Miami Heat that would take over in crucial playoff situations. In game 5 of the 2012 NBA finals it was Mike Miller that knocked down 7 three pointers to give LeBron his first title. In the 2013 NBA finals everyone remembers Ray Allen’s late heroics in game 6 that allowed Miami to force a game 7 and for LeBron to claim his second straight NBA title. Now that time is over, the time for LeBron to do in Cleveland what he has done in Miami is now and who will be the role player that steps up in the crucial minutes of playoff games? Will it be Dion? Will it be Tristan? It remains to be seen, but Tristan Thompson and Dion Waiters need to become more efficient players if LeBron wants any hope in winning a title in Cleveland. 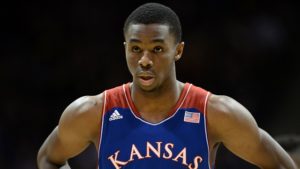 JUST IN: Why The Kevin Love Trade Was Necessary To Win Now
Related TopicsDion WaitersNBATristan Thompson