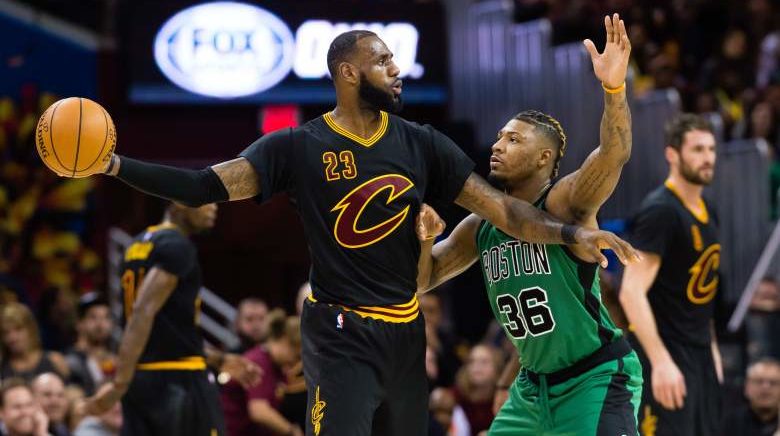 Last season, the Cleveland Cavaliers played their way to a 51-and-31 regular season record, granting them a No. 2 seed in the Eastern Conference playoff standings — just behind the Boston Celtics, who finished with a 53-and-29 record. As most hoops fans know, the Cavs went on to be defeated in the Finals in their third consecutive meeting with the Golden State Warriors.

So, how will the Cavs fair in next season’s Eastern Conference standings? Using their real plus-minus statistic (RPM), ESPN projected the Cavs to finish just behind the Celtics in the East once again. According to ESPN’s metrics, the boys from Beantown should win 49.4 games, just two-tenths of a point higher than the Cavs’ projected 49.2 games won.

“After they won 53 games to claim the top seed in the East last season, why aren’t the Celtics projected to improve with the addition of Hayward?,” Kevin Pelton writes in his recent article for ESPN. “First, they outperformed their plus-2.6 point differential, which is more typical of a 48-win team. Boston also benefited from opponents shooting 33.2 percent from 3-point range, the league’s second-lowest mark. Both categories tend to regress heavily to the mean, so the Celtics would have been in for a steeper decline had they not added Hayward. Still, given that Boston didn’t have that same good fortune in the playoffs, the Celtics should be improved when it really counts.

“For now, Cleveland’s projection includes Kyrie Irving. Nonetheless, the Cavaliers are projected to decline slightly from last season’s 51 wins, in large part due to aging. Weighted by projected minutes played, Cleveland’s roster is the oldest in the league, more than a half-year older on average than the second-place Warriors.”

While it’s true that the Cavs and Celtics are among the favorites to win the Eastern Conference, both teams will have to endure an 82-game regular season. Let’s see if these predictions hold fast. 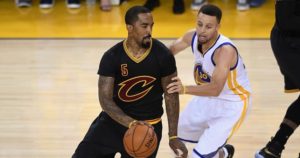