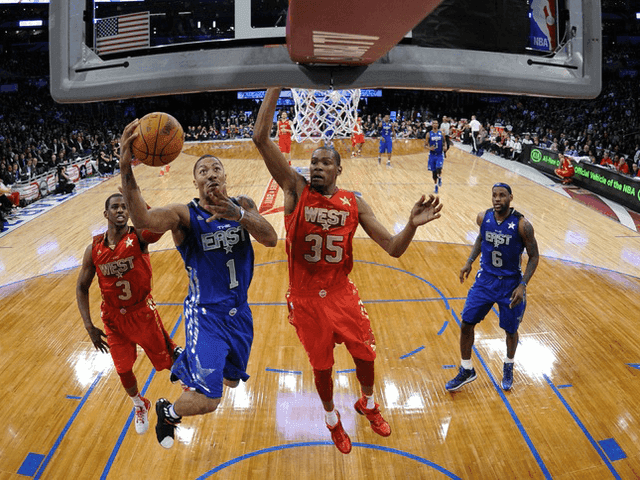 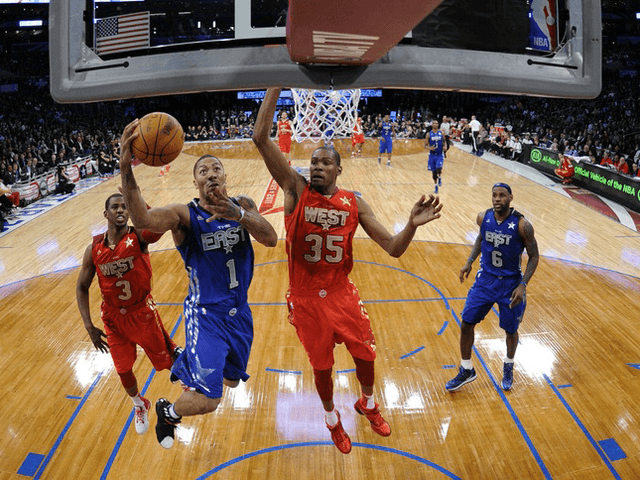 During the NBA season, there are constantly changing arguments about one of the least important team awards, but one of the most important individual awards. That is the Most Valuable Player trophy. Over the past half decade, no one has been more dominant as an individual than LeBron James. One of the things that make him an MVP is that he has been able to transform that individual success into widespread team success. With a new team that has less experience than any of his past rosters, LeBron James is going to have to do a lot more leading than he’s ever had to do before. Here are our top 5 MVP candidates in order for the 2013-2014 season. Begin the countdown on the next page!

The Miami Heat will probably be the surprise team this year, led by Chris Bosh. He has a new leadership role to take on with the team, and expect him to come through. When James and/or Wade were out last season, Chris Bosh put the Heat on his back time after time and came through for them in the clutch. If he’s able to lead the Heat to a top 4 seed in the now tough Eastern Conference, Bosh would have to be in the running for the Most Valuable Player award.

Chicago is the team that can make the most noise and improvement in the Eastern Conference. They’ve made numerous additions to their team, and have gotten their 2011 MVP back to lead them into the playoffs. Derrick Rose will have a ways to go to become the explosive player everyone was used to seeing, but he can definitely lead his team this season to be the best in the East. Expect a top-3 seed from Chicago with Derrick Rose healthy and leading.

Chris Paul has become an absolute floor general for the Clippers. Although he hasn’t been able to take them the distance, he was damn near close to doing so against the Thunder in last year’s playoff series that went to 6 games. Paul’s numbers aren’t always very flashy, but he is more than effective on the basketball court. If he’s not assisting, he’s scoring. If he’s not scoring, he’s locking up the opponents and creating turnovers. And when he’s not on the court, he’s the vocal leader for the team alongside coach Doc Rivers. Expect the Clippers to go as far as Paul takes them, which could be all the way to the Finals this year.

It’s really hard to bet against the reigning MVP, but as long as LeBron continues to dominate the game the way he has the past couple years, it’s pretty much impossible to put James second to Durant. Durant has vastly improved offensively every game, and his other parts are improving as well. His on-ball defense, his assists, rebounds, and leadership skills are at an all-time high. He went on a scoring rampage last year when Westbrook was out with the knee injury and helped keep his team afloat in the tough Western Conference. He can beat out James for the MVP, but he’ll have less to do if everyone remains healthy. Although he’ll say he’s not after an MVP, only a championship, Durant will be satisfied being a back-to-back MVP if his team can get back to the Finals.

Among the players leading his team into the playoffs, no one is going to do more than LeBron James. He has a lot of help on offense with Kyrie Irving, Dion Waiters, Tristan Thompson, and the possibility of Kevin Love. These are all young guys and although they have the talent, they are inexperienced when it comes to late game situations and execution. It will be a challenge for James to help this team figure it all out and bring them together in time for the playoffs, but it’s nothing the King can’t do. James will have a lot to shoulder, but expect his team to get a very high seed, potentially the number 1 seed, and make some noise in the playoffs.