Emeka Okafor Can Bolster Cleveland’s Front Court; is he on the list?

While Boston or Los Angeles are still looking to work out a trade with Philadelphia for Jahlil Okafor, another big man named Okafor might be on Cleveland’s radar to help bolster the front court rotation. Former second overall pick and Rookie of the Year, Emeka Okafor is apparently eyeing an NBA comeback and has reached out to contenders in Cleveland, Golden State and San Antonio according to ESPN’s Jackie MacMullen.

Cleveland’s biggest weakness is glaringly obvious, they have little rim protection. Tristian Thompson is excellent on the boards but stands closer to a power forward in size than a center. Chris “The BirdMan” Anderson will be effective but he cannot play sizeable minutes towards the end of his career. With the loss of Timofey Mozgov to the Lakers earlier in the offseason Cleveland lacks a true big man center, instead relying on small ball center, stretch five’s and Kevin Love. Cleveland has been linked to PF/C Nerlens Noel of the Philadelphia 76ers, in a potential trade for Iman Shumpert (according to Nicole Earll of The Parent Herald), but Okafor might be able to solve these problems at a far cheaper price.

Okafor, 33, hasn’t played in the NBA since 2013, when during a game with the Washington Wizards he herniated his C4 cervical disk in his spine, forcing him to shut down for the season. Since then, Okafor has been focusing on a recovery, and according to his trainer is already ready to play limited minutes, but will be fully ready to go “in around five to six months.” Okafor is looking to join a team around December or January of this year, and as mentioned before, has reached out to several contenders already, and is expected to look at the climate of the NBA before making his final decision. Okafor has stated,despite his previous salary of $14.5 million a year, that money isn’t a factor, and that he will take a veteran’s minimum to play for a championship contender.

During his last NBA Tenure, Okafor averaged 10 points, nine rebounds over 26 minutes a game. He was an effective, and arguably top 20 big men in the NBA. His size and defensive presence was well respected, and should be an excellent addition to any team, even if he isn’t expected to put up those starters numbers. Last year similar rumors involving Okafor and the Cavs were dismissed by Sam Amico, writing that Okafor is an “injury prone, over the hill, non-factor.”

Cleveland is already taking several low-level risks this offseason signing DeAndre Liggins and Kay Felder to roster spots, Okafor if healthy might just be another one GM David Griffith is willing to take in Cleveland’s Title Defense. 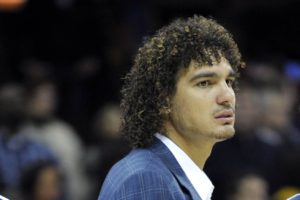