Dynamic Duo: What J.R. Smith and Iman Shumpert Have Brought to The Land 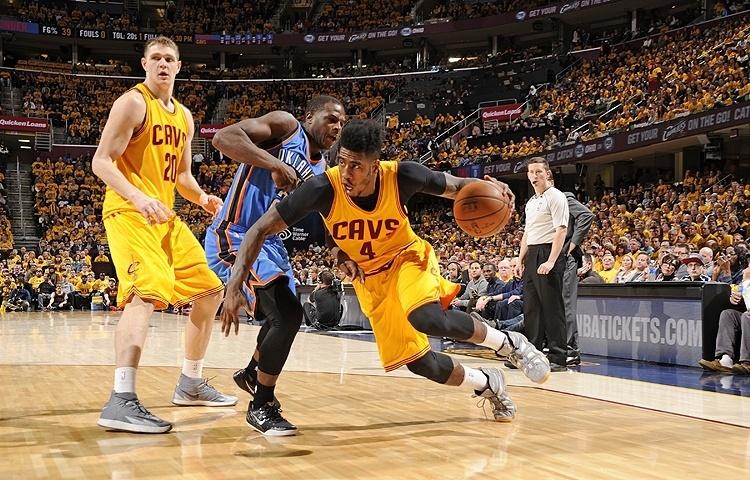 Prior to being traded, J.R. Smith and Iman Shumpert were almost considered as excess baggage on a New York Knicks squad bound for nowhere but the lottery.

Smith, despite being two years removed of the Sixth Man of the Year title while playing for the same team, has been making headlines this year due to his numerous offcourt shenanigans. Shumpert, on the other hand, has kept his act together, but was constantly hampered by injuries after showing flashes of all around brilliance early and often. Those caused him to miss a handful of games, which made Knicks fans worry he’ll never be healthy enough to make a long term impact.

Cavaliers GM David Griffin however, saw things differently as he initiated a trade that saw these two mercurial guards pack their bags to Cleveland. The price? A young and promising yet very inconsistent guard in Dion Waiters whom, despite his potential as a playmaker, did not seem to find his place within the Cavaliers.

A lot of eyebrows were raised when the deal was consummated. People seemed to have given up on Smith and Shumpert appeared to be less of a price for the talented Dion Waiters. But for Coach David Blatt, they were heaven-sent as both players had the perfect skill-set to fill the Cavs` needs. Griffin and Blatt knew what they were getting themselves into and they hoped that given the right environment, J.R. Smith and Iman Shumpert will thrive and become the impact players that they were meant to be. So far, the gamble has been paying off. Smith is spreading the floor and shooting the lights out from beyond the arc while Shumpert, although on a small sample size, has shown a glimpse of what he can do when healthy.

In 10 games for Cleveland, J.R. is scoring 15.2 points per game while burying an average of 3.3 three-pointers. He was initially expected to provide a spark off the bench but has been forced into the starting lineup due to Shumpert still recovering from an injury and he has proven to be a great fit alongside the Cavaliers` Big Three. “J.R. Swish” as he likes to call himself, is someone who plays well on a winning team and the Cavs offer just that as they start to turn the corner. He`s never afraid to take crucial shots, which could work for or against him, and he`s played on the big stage. He`s the “take the good with the bad” type of player and having LeBron James, Kyrie Irving, and Kevin Love around certainly helps by giving him open looks. Now, he’ll seldom be seen forcing contested shots like he was in New York.

On the other hand, Iman Shumpert hasn’t played that much for Cleveland, but on paper, he’s exactly what the doctor ordered. He brings grit and a defensive mentality to a team that`s been suffering on that end of the floor all season long. He will be the teeth of the Cavs` backcourt guarding the opposing team`s best perimeter player. He`s a safe bet as his energy and hustle will be on display night-in and night-out with his ability to hit the open shots.

Give these two players ample time and they will become better at reading plays and finding opportunities for themselves within David Blatt`s scheme of things. New York`s expendables are now Cleveland`s indispensables. However, there is still a problem involving Smith and Shumpert, although it is a good one. Who gets to start and who will finish games? My answer to who finishes games will depend on who`s having the hot hand, J.R. Smith or whoever Iman Shumpert is guarding; and that is a message to the rest of the league. Pick your poison.