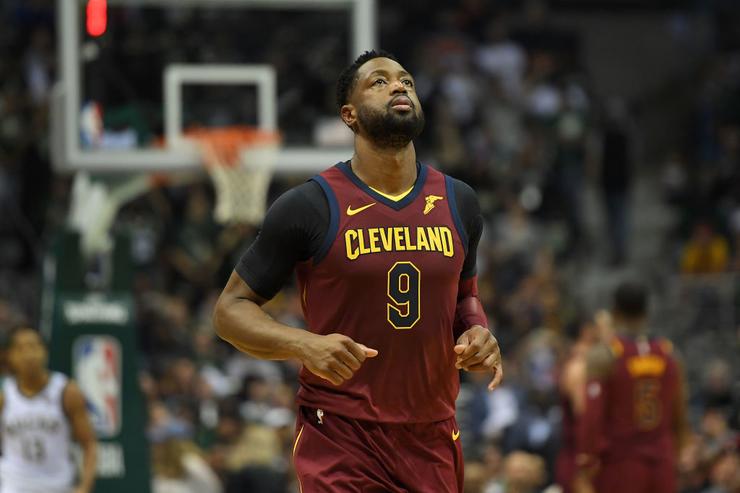 One of the biggest free agency signings for the Cleveland Cavaliers during the 2017 NBA offseason was agreeing to terms with Dwyane Wade after Wade reached a buyout agreement with the Chicago Bulls. The move was the cherry on top for the Cavaliers, who now had arguably the deepest team in not only the NBA but in the franchise’s entire history.

The major question throughout training camp and the preseason was whether or not Wade would be playing for the Cavs as a member of their starting unit or as a key contributor off of the bench. As the preseason wrapped up and head coach Tyron Lue got a good look at how Wade worked as a member of certain lineups all signed seemed to point to JR Smith remaining the Cavs starting shooting guard and Wade serving as his primary backup. But, surprisingly enough to nearly everyone, especially Smith, Lue elected to have Wade as the Cavaliers starting shooting guard for the beginning of the 2017-18 regular season.

On paper, this move made little sense due to the fact that for the foreseeable future the Cavs starting point guard is Derrick Rose, a player much like Wade, who attacks the basket and cannot provide much spacing for the Cavaliers to operate on offense. The spacing issue was the biggest problem for the Cavaliers as the only reliable three-point options in the starting unit are Kevin Love and Jae Crowder after JR Smith was relegated to the bench and this would cause defenses to ignore both Wade and Rose when they were sitting on the perimeter and allow them to clog the lane, forcing numerous frustrating offensive possessions for the Cavs. The Cavaliers are a team that cannot ever have a dull moment, and with Wade, in the starting unit, that trend would seem to continue. 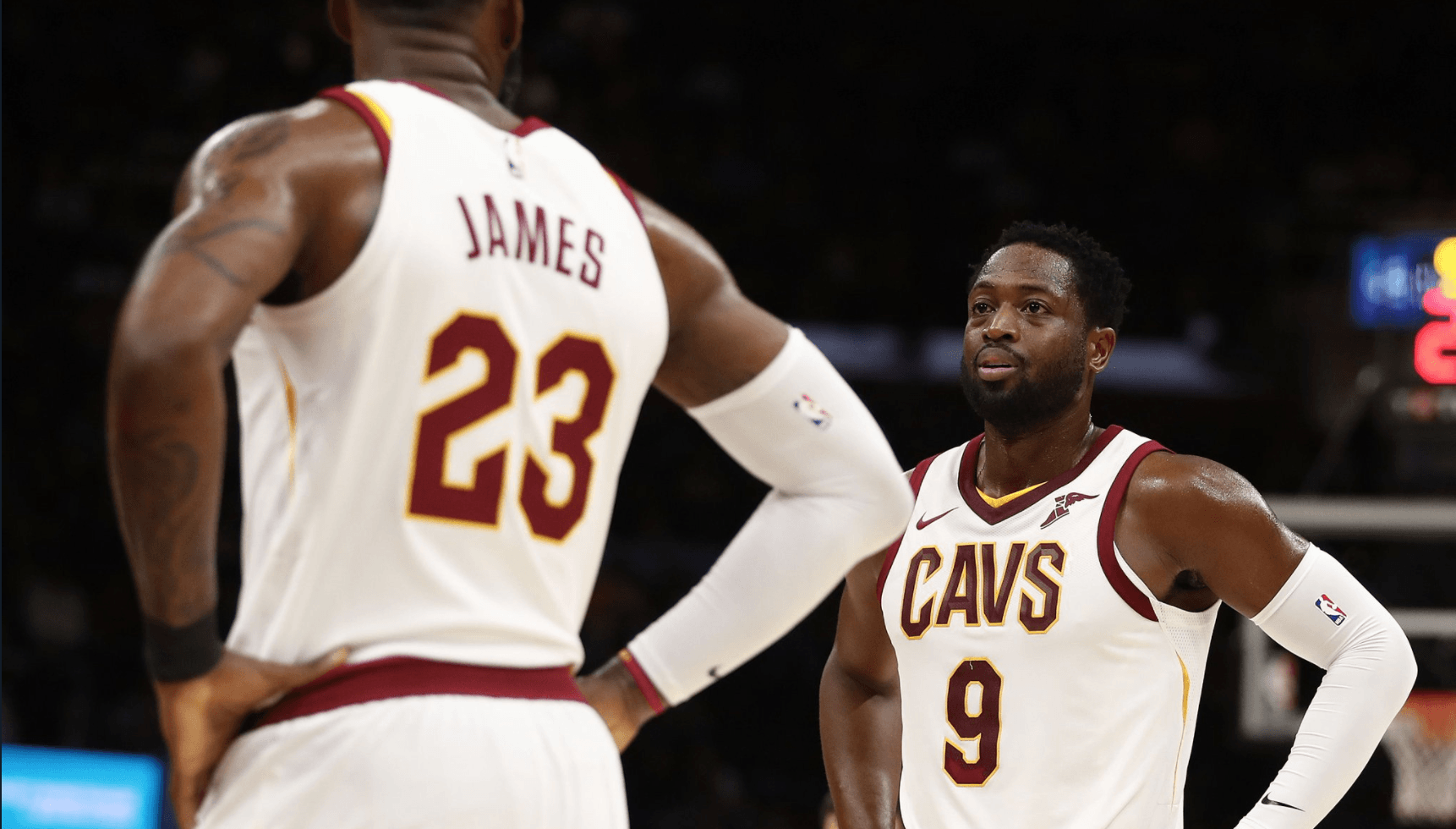 Wade as a member of the starting unit was met with lukewarm results as the Cavaliers finished their first week of NBA regular season action with an overall record of 2-1. During the first week, Wade was a non-factor for Cleveland as he only had averages of 5.7 points (on 28% shooting), 2.0 rebounds, and 3.0 assists and clearly was not able to find a proper niche when sharing the floor with Rose, James, Love, and Crowder for extended periods. After an especially frustrating game in a blowout loss to the Orlando Magic, Wade only touched the floor for 16 minutes and was a clear indicator that the experiment of Wade in the starting unit was not working at all.

After the loss to Orlando, Wade approached Cavaliers coach Ty Lue and asked him to start sharpshooter JR Smith over him and to allow him to come off the bench instead. Lue almost instantly agreed to Wade’s request and declared from then-on that Smith would be the Cavaliers new shooting guard. This request by Wade shows how much love and respect he has for the game of basketball, how much he cares about winning, and also how unselfish he is as a player. With Smith back in his starting position, the Cavaliers are poised to be able to space the offense with three viable three-point shooters and allow LeBron James and Derrick Rose (after he recovers) to facilitate the offense at a much more efficient rate.

With Wade now coming off of the bench for Cleveland, they were able to find ways to centralize the offense around him as a primary ball handler in pick and roll scenarios and be able to better showcase his ability as a viable offensive threat. Normally a starter during his entire NBA career, this new role will be a big adjustment for Wade but the team-first attitude, something he sometimes did not have during his time in Chicago, will definitely benefit the Cavaliers in the long run.

Speaking of Chicago, the first trial run of Dwyane Wade as the newest member of the Cavaliers bench came against his former team in the Bulls. And boy, did he look great coming off the bench for Cleveland as he stuffed the stat sheet and finished with 11 points, three rebounds, four assists, one steal and one block in just 19 minutes of playtime. Besides the great statline, Wade was also pivotal (along with the rest of the bench) in bringing the Cavs back against the lowly Chicago Bulls, who were torching the Cavs much like the Orlando Magic did a few nights prior. He looked more like the Wade of old and was a huge part of the Cavaliers win against the Bulls and was mixed in with the starting lineup as well and made some big plays:

While the game against Chicago was only a taste of what was yet to come for the Cavaliers with their newest bench member, Cavalier fans will have to wait until their next game against the New Orleans Pelicans to see more Wade bench action because according to Joe Vardon of Cleveland.com, Wade is out for the Cavaliers second game of a back-t0-back against the Brooklyn Nets. While Wade looked a lot more fresh for the Cavs in his new role, he is still no spring chicken after a long NBA career that has taken his toll on his knees.

Without Wade coming off of the bench for Cleveland, players like JR Smith, Kyle Korver, and even Jose Calderon saw an increase in their minutes but at times the bench still did not have the flow it did like the Bulls game. The offense at times looked stagnant and while he is not scoring as much as he used to, Wade’s scoring and playmaking ability were missed by a Cavaliers team that had to turn to Jose Calderon to try and initiate the offense which ended up, of course, being a total disaster. While the Cavs lost to the Nets by a final score of 112-107, the lack of Wade was certainly noticed by Wine and Gold Nation. But thankfully the Cavs’ bench was not their downfall as they were able to rely on Kyle Korver (16 points on 6-12 shooting, 3-9 from beyond the arc) and Jeff Green (18 points on 5-11 shooting) to carry the bench in an overall very ugly loss to the Nets. Instead, it was yet again their inability to defend from beyond the arc as the Nets were able to connect on seventeen of their three-point attempts.

The other major con due to the Cavs resting Wade in their game against the Nets was the fact that the team had to yet again lean heavily on LeBron James, who clocked out at 41 minutes by the game’s end. If the Cavs want to be able to preserve the health of James and his overall longevity other members of the Cavaliers lineup, like Jae Crowder or Jeff Green need to step up more when Wade sits throughout the regular season. 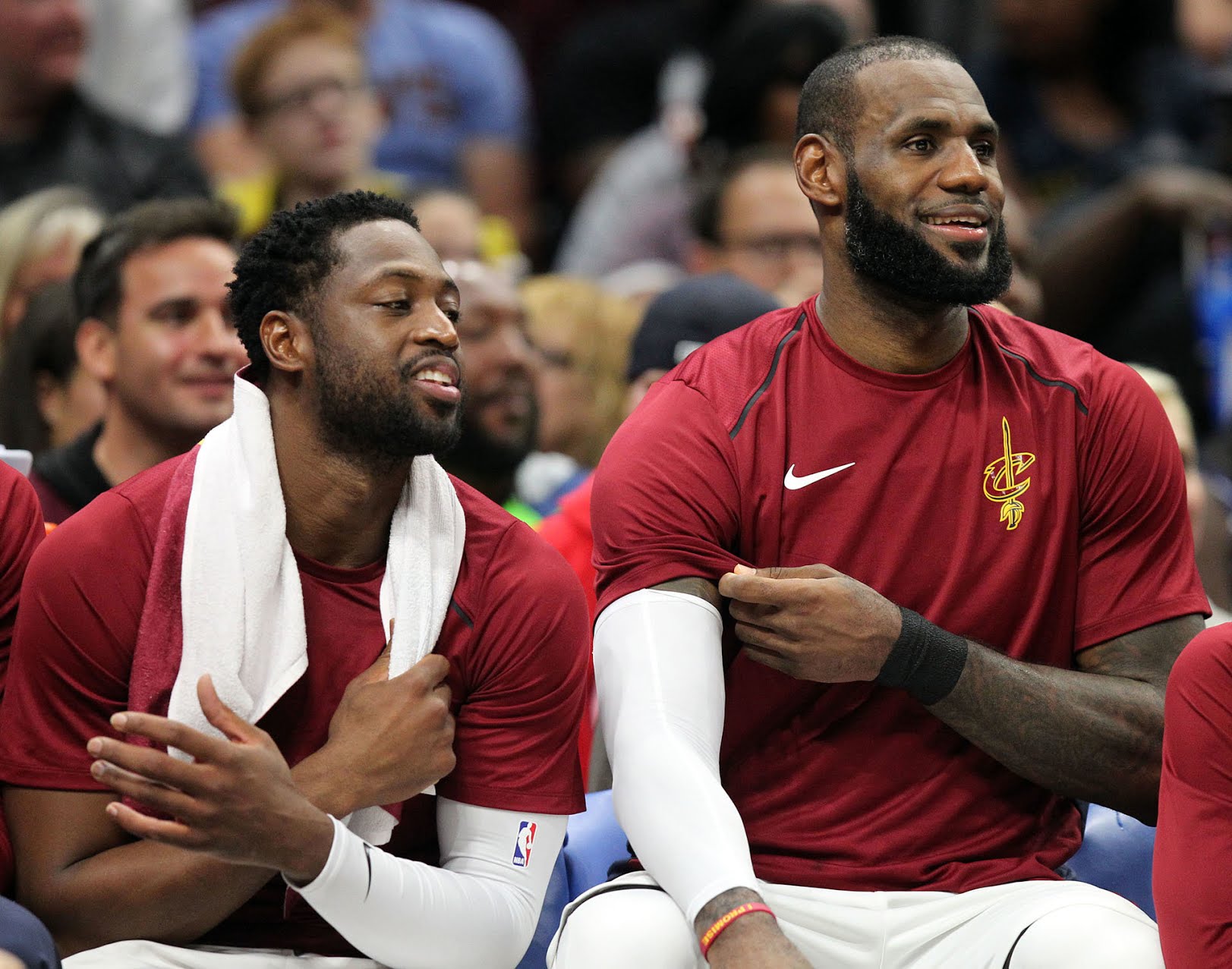 Heading into the weekend of their second week of NBA regular season action the Cavs are still making adjustments to their rotation to try and find the winning formula to help them reach their fourth consecutive trip to the NBA Finals. The first major move made was when Dwyane Wade asked to come off the bench for the team and allow JR Smith to regain his starting position. This move so far has shown a lot of benefits for the Cavs as it has given them, even more, spacing options and now gives Wade the opportunity to be a major offensive threat off of the bench. Wade’s new role was showcased against Chicago and his vital position with the team was felt in his absence against the Nets. The Cavs will continue to fine-tune their rotation through the next few games of the regular season, and hopefully learn how to finally defend three-point shots, but for now, they have a reliable bench scoring option in former NBA Finals MVP Dwyane Wade. 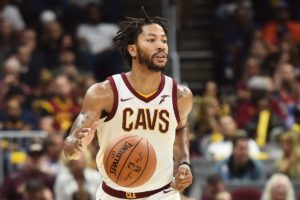