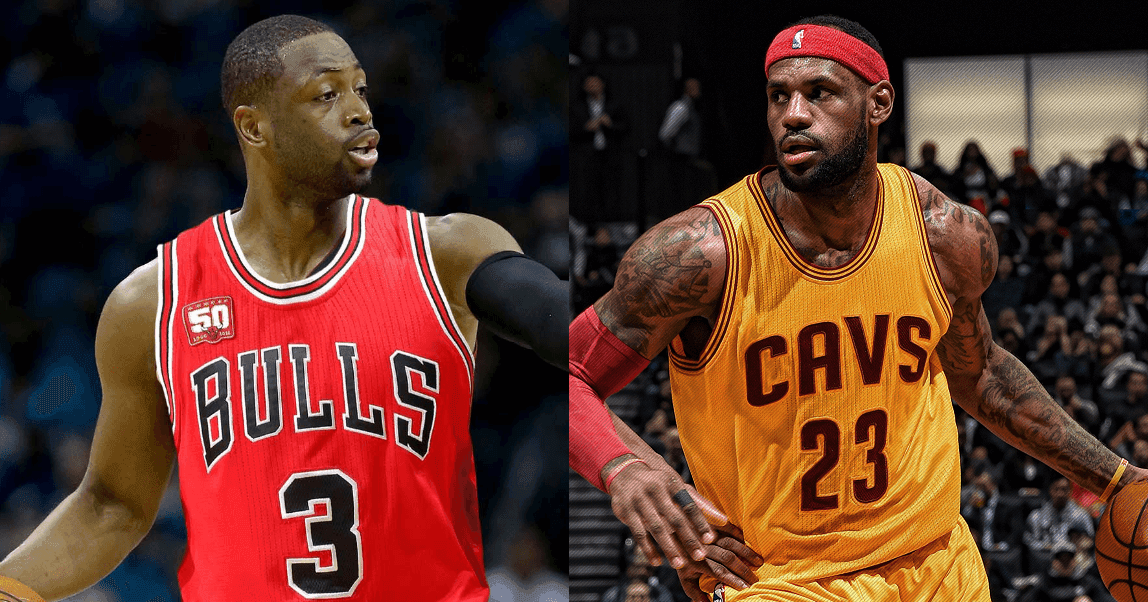 The Miami Heat trio of LeBron James, Dwyane Wade, and Chris Bosh, was a huge success, going to four straight NBA Finals while winning the an NBA Championship in the middle two years. Although a perfect 4/4 record would have been preferred, the Heat had a lot of success with the Big Three and drawing in some key veterans like Mike Miller, Shane Battier, and Ray Allen.

Dwyane Wade has recently revealed brand new information regarding the big three that was formed in Miami in 2010. With Wade already on the roster, Chris Bosh joined from the Toronto Raptors and LeBron James left Cleveland for south beach.

It only made sense for all three stars to align to a franchise that already had one of them on their roster, but Wade has revealed the original plans were very different for him and LeBron.

Per Vince Goodwill of CSN Chicago:

“[The] Chris Bosh effect. (Miami) Had the opportunity for us three to play together and we both separately really wanted to play for Chris Bosh. It was gonna be kind of a sense where Chicago could’ve got two players and it probably was going to be LeBron and Chris or me and Chris.”

Turns out, Chris Bosh ultimately proved to be the difference in the deal. With Wade and James originally planning to play together, having the ability to fit in Bosh was the deciding factor.
Wade also added that if Luol Deng had been traded from the Chicago Bulls to the Los Angeles Clippers that summer like it was rumoured, “it would have been a different story”

All in all ,Wade and the guys considered all of their options, and had zero regrets in the decision:

“Chicago was very tempting from a standpoint of what they had on the roster when it came to young talent,” Wade said. “But when it came to the point Miami was able to get three players, that changed the whole dynamic of the summer.”

Wade, laughing, on if it would've been easier to come to Bulls in '10 since they had young talent: "I think we made a good choice."

Rightly so, he believed he made the correct decision, and why wouldn’t he, four straight trip to the NBA finals and back to back rings alongside the King isn’t bad at all.