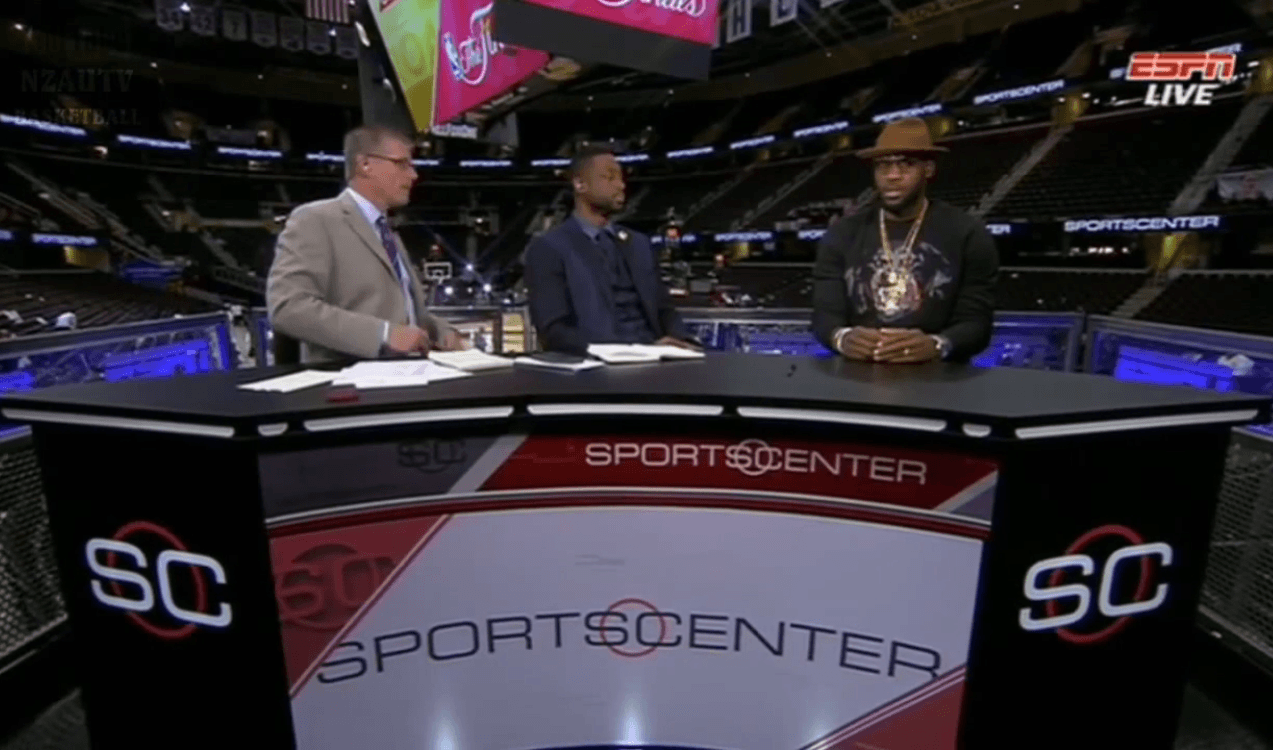 Dwyane Wade and LeBron James are best friends on and off the court. They played four years together in Miami with the Heat before James made his epic decision to return home. Less than a year later, James and Wade are reunited. This time, on completely different terms.

Dwyane Wade was a guest star on ESPN’s pregame show NBA Countdown while LeBron James had just wrapped up his fifth consecutive NBA Finals Game He provided some color commentary regarding what both teams needed to be doing throughout the night.

After the game, Wade went on ESPN’s Sportscenter and conducted a brief interview with the former teammate in LeBron James. Wade has seen four years of LeBron to be exact, and each of those years has seen a Finals appearance with the middle two years resulting in NBA Champions. The most focused LeBron has looked was in 2012, starting with the massive decrease in three-point shooting and increase of drives to the basket.

Here’s the full interview between Wade and James on Sportscenter after the game:

Early this month, speculation arose that if Dwyane Wade was pushed out of Miami, a reasonable destination would be the Cleveland Cavaliers. Of course, all of this is only possible if the chips fall into place, which is still highly unlikely.

Wade has been joining the ESPN crew these NBA Finals to provide some insight having played alongside LeBron James, James Jones, and Mike Miller for the past couple of years.

Game 4 of the NBA Finals is on Thursday night at 8 PM EST.